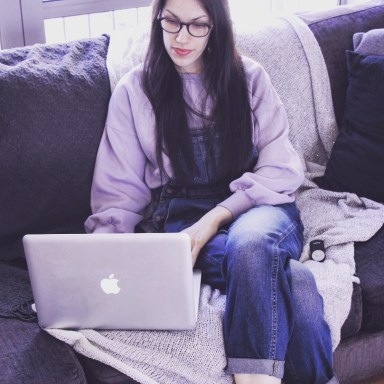 Even as a teenager, I was never truly alone. My family, and my grandparents especially, were never far away. My sphere of connections was limited to them and my two closest friends.

I suppose that’s partly why I was quite a late bloomer when it came to social media. I created my Facebook profile when my time in high school was half-way done. The feeling of aloneness, of not being cared for enough, and of not being listened to, surely played a big part in people increasingly turning to screens, and more specifically to social media, as “technology was first the illusion of companionship without the demands of friendship, and then became the illusion of friendship without the demands of intimacy,” MIT professor Sherry Turkle wrote in her thesis, Reclaiming Conversation.

I never felt alone. Until I moved to London and became more of a Facebook, Twitter, and Instagram user. I suppose this is when things began to change – when I, like everyone else, started to curate myself and my words online, when I shared things via the network rather than talk about them face-to-face or even just on the phone when friendships turned into friend lists.

I fell into the same digital trap as everyone did, putting more effort into profiles and feeds than into relationships.

I moved from the countryside to the city last year and the times I used to spend riding my horse or taking spontaneous strolls in the forest slowly started to fade away. I had moved somewhere bigger, where customs were the same yet different. The youth was a lot more connected, a lot more online, a lot more concerned about their image too. And I felt like an outcast and began withdrawing myself from the crowd and finding comfort in the world my phone was offering me.

Thanks to Facebook, events were one click away and people literally within the reach of my fingertips. And I got accustomed to affection expressed in “likes” and “favorites”, or “shares” and “retweets” on the most popular days.

The statuses I was writing and photographs I was publishing were liked, and indirectly so was I – or at least that’s how it felt – and it mattered.

It mattered for a long time until it didn’t anymore.

Until I began to be tired of the digital world until I began to want company back into my life, real, tangible, and sweet company. Until I wished for new serendipitous encounters and the turmoil that comes with relationships.

A 20-something Frenchie, who left her heart in London. Tea-drinker, art lover, and author of Photographs.