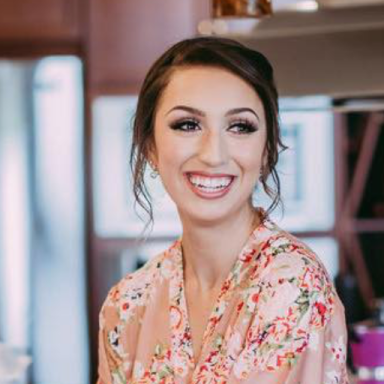 The dial tone echoes into the abyss as I wait for Abbigail Evans (or Abbey, as I imagine people would call her, if this wasn’t an alias) to pick up the phone.

“Hello?” she answers, her voice warm and bubbly like a glass of Coca-Cola that was left in the sun.

Abbey was 16 years old when she was pushed to the ground by a boy she didn’t know, whose name she wishes she could forget.

She was at a safe-grad party (a chaperoned graduation party usually held in a secret location) for one of her friends when she began talking to one of the graduates’ brothers.

“We were just talking and it was completely harmless at first,” she says. “Then talking led to walking around, and without me really realizing what was happening, before it was too late, he led me back to a closed-off bush area, and he just shoved me to the ground.”

Abbey’s attacker slammed his tongue into the back of her mouth, then twisted his fingers down the front of her black Lululemon leggings.

“I was mentioning, ‘I have a boyfriend. I have a boyfriend. What are you doing?’ I was making it very clear that I didn’t want him to do that, but he kept telling me, ‘Oh, don’t worry, you’ll like it. You’ll like it,’” Abbey says. “I kept trying to pull away. He would pull on my hair to keep me where I was until eventually, I was able to push him off and run away.”

Five years later, the aftermath still swirls inside Abbey’s mind, while she believes her attacker is not fully aware of what he did.

“He messaged me saying, ‘Hey, been thinking of you, how are you doing? I’d like to get together.’ It made me realize that he actually had no idea that what he did was wrong,” she says.

The carbonation in her voice goes flat.

“I was almost embarrassed,” she says. “[My father] asked me if I wanted to press charges, but I felt like I couldn’t because, you know, nothing technically actually happened. Yes, I was violated, but not to the extent that I could have been.”

The sense of guilt that floods through the veins of so many survivors after having their power stolen.

As if there’s some societal scale that says, “Sorry, you have to have been assaulted thiiis much for it to count. But maybe not even then. He wasn’t a student athlete at Stanford though, right? Because if he was, well, you know how this will go.”

Abbey inhales, then pushes the air out with a resolidified breath of confidence.

Her words fall into the dead space of the phone line like leaves falling off a tree — quickly but gracefully.

The day her attacker messaged her, she took back what was rightfully hers.

“I had to tell him that I had a boyfriend and he forced himself on me without my consent,” she says. “Telling him that what he did was wrong was definitely one of the best things that I could’ve done for myself because, up until that point, I tried to just ignore it and forget that he even existed.”

Fully in gear, powering through the terrain, Abbey’s voice reveals the reason why she is sharing her story at all.

“No matter the situation, no matter how intoxicated you are, no matter what other people tell you, it’s not your fault that someone else decided to violate your body that way,” she says.

A wave of bravery and courage floods through Abbey’s words, drowning out any notion of defencelessness.

Olivia Winters (alias) is an executive committee member at her Canadian university.

She is a journalism major, a student activist, and a volunteer peer educator on consent and sexual violence. She is also a survivor of sexual assault.

“I was still really in the thick of my trauma when I came to [university],” she says. “I knew the term sexual violence, but I didn’t really have an understanding of just how that can look and the different forms that it can take. I feel like there’s really this perception among most people of sexual violence being some creeper in the bushes, but learning that it’s actually not, that was super powerful.”

Olivia’s campus-based office is filled with posters of activism and support for various social groups, similar to the mural of stickers on her open laptop. An LGBTQ+ flag hangs as a vibrant statement that she is a proud ally for the community.

Her desk is flooded with papers, but it doesn’t come across as disorganized, more like an overload of thoughts that have yet to find a home.

She apologizes as she finishes writing an email, then closes her laptop and looks up, smiling.

She explains her involvement with her university’s Sexual Violence Awareness Week and how she was on the committee for, and moderated, a speaking panel on the inquiry into missing and murdered Indigenous women and girls.

Olivia’s brown eyes peer through the rectangular frames of her glasses.

“My biggest goal is to give somebody else even a fraction of what happened for me as far as coming to campus and getting educated on sexual violence, because that really turned my life around as a survivor,” she says. “If I can create a fraction of that learning and kind of transformative experience for somebody else, then it’ll all have been worth it.”

Her regained power is like a lighthouse flashing into a black sea, guiding others.

“Just keep going. I know it can be really hard sometimes, but help is out there,” she says to fellow survivors.

Rayna Bells (alias) is sitting at a small, rectangular glass table that sits in the middle of her open-concept kitchen. In the adjacent living room, a grey, L-shaped couch sits across from a TV set and a stack of books that rests on her chestnut-colored hardwood floors. She has a bookshelf pressed up against the wall. It’s currently under construction, so her books have been (to her frustration) re-homed onto the floor.

She’s annoyed by the homeless books, and I get the feeling Rayna is too hard on herself in more ways than just with a bookshelf.

“It was the summer after Grade 11, shortly after my 17th birthday,” she says.

Her voice is smooth and calm, but her words fall slowly off her lips, like she’s trying to map out the safest route of travel when driving back to the most traumatic moment of her life.

She finds her path in her mind’s eye, shifts into drive and heads back to the summer. That summer.

“I met up with this guy who, you know, we had kind of been friends with benefits for a couple of years,” she says. “He pushed things further than I wanted to.”

Rayna runs both of her thumbs along the plastic lid of her tall black Americano.

“I blamed myself for a long time. For literally three years,” she says. “Then, three years later, I told someone about it in a pretty detailed way – it was actually my boyfriend – and he said, ‘[Rayna], that’s rape.’”

Rayna looks up from the invisible paths she’s been tracing along the side of her Starbucks cup.

“When he said those words, I literally just broke down because I think the whole time I knew that that’s what it was, but I just was never able to admit it to myself,” she says. “I needed someone to tell me that it was okay to call it that.”

Rayna’s two-bedroom apartment is small, but it’s warm and welcoming, just like she is.

She shares the apartment with her boyfriend and her old but loving dog, Chikko.

She stretches her long legs out from her cushioned office chair, and Chikko comes running up to her, eagerly waiting for an extended hand to run across his soft, honey-and-white-colored fur.

She picks him up and places him on her lap.

“Dogs are great for emotional support,” she smiles.

The tattooed portrait of Chikko on her forearm is a silent marker to the times he has brought her comfort during the darkest depths of her anxiety and depression. She says it comes in waves, though they are more like tsunamis.

It’s been seven years since Rayna’s first attack, and she is still dealing with her trauma-induced scars.

I wonder how many times someone felt at fault for a person breaking and entering into their home. My guess is never.

“Sexual violence is not about sex, it’s about power,” she says. “When you’re a victim of that, or survivor of that, that’s power taken away from you.”

Rayna’s deadbolt-locked door stands a few feet away. It’s around 2 p.m., but she can never go without locking her front door. Ever.

She scratches Chikko’s head, and his little pink tongue sticks out in approval.

Rayna volunteers on a support and information line for survivors of sexual assault.

“Being able to heal and do something like volunteer, that makes you feel like you’ve gotten some power back, and that you’re doing something with it.”

Piece by piece, she has been able to find her stolen power and finds comfort in helping others find their own.

“It’s not your fault. That’s the most powerful thing you can say,” she says. “Majority of survivors at some point think it was their fault. So, it’s such a good reminder.”

I watch her hold her composure as she tells me about one of the most horrific moments of her life. A tragedy that left deep, scorching scars that still burn seven years later. A tragedy that impacts her relationship, a tragedy that she — and so many other victims — believes was somehow her fault.

I listen to her tell me about how she took a gruesome trauma and turned it into a means to help other survivors of sexual assault. I watch as light dances across her brown irises when she tells me how she’s happy to be able to help other people who are struggling. I hear her, and I know she is anything but a victim.

To every survivor reading this: It’s not your fault.

Human beings are not 24-hour convenience stores that can be entered with the strike of a late-night urge. Whether you realized what was happening to you in the moment or you realized it years down the road, it’s not your fault. Whether you were violated in the stranger-shoving-his-hand-up-your-dress-at-the-bar type of way or the person-breaking-and-entering-into-your-body type of way, it’s not your fault.

It was never your fault.

You are power. You are strength. You are a survivor.