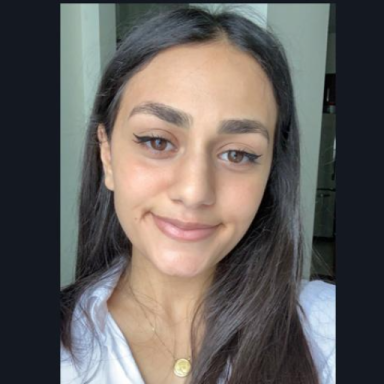 Words have so much power over us. A kind word can make someone change the way they see themselves every morning while getting ready, while a mean one can make someone’s day so bad that they do not want to leave their bed.

I have seen people so stuck on something that has been said to them years ago, unable to move past it. Whether it is something in their appearance, their accent, or their personality, they’ll bring it up in a joke, but you can see the pain behind it.

Have you ever felt this way? Like maybe if that boy from fifth grade hadn’t commented on your birthmark, then maybe just maybe you wouldn’t have spent so much time, money, and effort trying so hard to hide it? Or maybe if people did not make fun of the way you express yourself, you could have been more honest with your partner?

It’s painful how maybe our lives could have been so different if people were kinder to us. That one word has the potential to impact the way we see ourselves and our attitude towards life. But I honestly can’t find it in myself to get mad at them for being unkind. People pass on pain, so they must have had their warmness stripped from their hearts by someone else as well.

Sometimes, people go through so much that it becomes hard for them to be vulnerable or open their hearts and give someone the power to think they care. But as sorry as I am that someone was once unkind to you, I hope you find it in your heart to stop the cycle, and instead of yielding your pain to other people, I hope you tell them what you wish someone would have told you.

Other times, unintentionally, we project our insecurities on other people as a defense mechanism.

We find it easier to make other people feel bad for things we can’t do ourselves. It does not mean we are bad people; it is just our mind protecting itself. However, we often do not understand the effect it could have on those people.

What I’m trying to say is you can impact someone’s life beyond your expectations.

You hold so much power over people’s lives and vise versa; that is just how life is. As hard as life can be, sometimes it takes simple things to make it a little bit easier, and words are the most creative way to do so.

With all that being said, I hope you use that power in a way you can truly be proud of. Be the reason why someone loves themselves.

Time passes by so quickly when I write