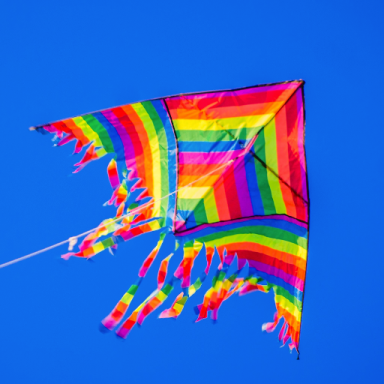 “Why don’t you just admit it?” Simone demanded. “Just say it: You hate Linda!”

Her words stopped me in my tracks. It was late spring 2018 and I was accompanying my friend while she walked Mr. T, her cute but temperamental white Bichon, who did not resemble his namesake in any way. (Unless Mr. T also suffered constipation and the annoying habit of stopping every two minutes to deposit rabbit-like turds on his walks.)

Her outburst surprised me. I’d been lamenting about how I managed to find myself in yet another housemate situation in which I was the one always listening and holding space, but never the space-taker. It’s not that I hadn’t tried to speak or share with Linda. I had. But I’d watch her attention immediately wander, usually ending up on Jade, her gorgeous green and blue eyed Australian Shepherd. I’d be in the middle of sharing something meaningful, and she would suddenly interrupt with fawning words over Jade. “Aww, isn’t she just so precious?” And she’d be off and running with another tale of Jade’s puppyhood. Or more details of her work day.

I noticed I’d feel a pang in those moments. It was that same unsatisfying feeling of extending your hand in greeting to someone who ignores the gesture. Like my hand in those situations, my words would fall limp around me. Unmet. Unreceived.

But my clever mind would immediately intercept and quell the dissatisfaction by saying: It wasn’t important anyway. I like listening to people and being of service. After all, that’s why I’m a coach and facilitator!

And this scene played out again and again, with me listening to Linda’s work sagas as she came humming into the kitchen every evening. I’d trained myself out of even attempting to share anything meaningful with her. It was better to stay silent than feel the disappointment of disinterest in my words. And to deter any hint of frustration, I would remind myself of the honor it was to be trusted so much that Linda, (or Kate, or Marie, or Silvia or the guy on the 8 hour train ride to Bangkok) felt so ready to open up to me. All the time.

I told myself that it wasn’t important for me to speak. After all not, all relationships needed to have reciprocity. Different friends for different seasons, right? Plus, Linda wasn’t technically a friend. She was my housemate/landlady. So it was unrealistic to expect from her what I might expect from a friend.

I reminded myself that Linda needed the listening space more than I did, as she was a pastor and director of a church. Home was probably the only place she could let down her hair and safely discard her role and pastoral functions.

I thought I’d successfully uprooted any seeds of irritation or need for reciprocity until my walk with Simone. But it was now being unfurled from the carpet and dust was everywhere. I vented my frustration about Linda, and about how I managed to repeat these living situations to varying degrees. At least she wasn’t a sociopath, like a previous housemate, I told Simone. Or controlling and manipulative like the one before that. Or Manic-depressive like the one before that. And the list went on. At least this one was far more benign!

But Simone’s sudden insistence that I hated Linda startled me. Something in my brain said “Does not compute.” Hate someone? Strongly dislike someone perhaps… but hate?

I chewed on her words which tasted like metal in my mouth. My brain grappled to come to terms with something.

“I don’t hate her,” I told Simone. “I feel a lot of irritation, but it never occurred to me to hate her. Or even dislike her!”

“Ok, then admit that you dislike her!” said Simone.

But Simone was a mile ahead of me. I had never even registered “dislike”.

As I posed the question to myself, I felt blank. It was followed by that gray static that appeared in the old black and white TV of my childhood.

Did I dislike Linda?

I don’t think I disliked her. But I realized that wasn’t even the point anymore. What struck me more was this new “ping notification” that hit my brain—a fresh input that said “It’s OKAY to dislike”.

It’s hard to explain the impact of her words, because of course I didn’t go through life liking everyone and everything. But I suppose this was the novelty of her words: the idea of having permission to dislike. I scoured my sentiments to detect if there was truth in what Simone had said. Was I in denial about disliking Linda? I’d only been living with her 2 months, and it felt too early for such a verdict.

Amidst my internal audit, it occurred to me to wonder if I would even give myself the option to dislike her? And I realized I’d just hit up against some hard-wired conditioning: a more insidious element of the people-pleasing blueprint. Lurking beneath the demands to always be nice, pleasant, kind, tolerant, and loving was the real culprit: It was the executioner and his guillotine. He functioned to intercept and behead even the first hint of any impulse to act or think to the contrary. And if any such impulse managed to escape his blade, guilt and shame readied themselves for the tackle.

How could I DARE to dislike other nice, well-meaning people? Good girls, and especially spiritually minded, self-aware ones, don’t do that! They just work on themselves, knowing that everyone else is just a mirror for them, right? So there is no point in disliking or hating!

Simone’s words lingered with me long after, like the bur in your sock that you can’t ignore. They were fodder for so many reflections. It brought me back to childhood, maybe better known as obedience school. Be grateful. Pleasant. Smile. Tolerate. Even if you’ve just been punished without just cause. Anger and other “negative” emotions were the prerogative of parents, not children.

I remember an ‘aha’ moment at age 29. I was living with my Arabic teacher and her family in Cairo for a period during my 18 months of study there. I noticed Nadia, my teacher’s 21-year-old daughter, entered the kitchen in a terrible mood while her mother and I were having tea. I watched Nadia be openly grouchy, without any recriminations from her mom. In fact, her mom patiently offered supportive words and remained unflappable even as Nadia rebuffed all attempts and stomped out of the kitchen.

I was amazed. She could do that? She was given free rein to express even the “unpleasant” range of emotions? After Nadia left the kitchen, her mom turned to me and said tenderly, “She’s under so much stress right now because it’s exam period.”

How could such a mundane moment of life be such an ‘aha’ for me? It’s because I’d just been shown an option that I didn’t know existed: you could show up in a bad mood and still be loved. You could be less than perfect, and still be wholly accepted.

What I came to realize after my conversation with Simone, and in the course of my stay with Linda, was that the real question wasn’t about liking Linda or not, or even about having permission to dislike or to hate.

The real issue was about permission to BE. Permission to express the full range of my humanity. It was high time to fire the internal executioner. If I didn’t eradicate him, I was just borrowing a nice long rope for my own hanging.

I had to wake up and realize my own part in stifling my impulses, my needs. And this latter was key. I’d been doing with Linda what I’d been doing my whole life: minimizing my needs and not feeling entitled to them. Prioritizing the needs of others. Like a good girl.

Without needs, it was easy to master the art of shrinking or becoming invisible. My living situations reflected this dynamic again and again: I honed the art through my attempts to placate or accommodate dominant or dysfunctional personalities. Over and over I danced according to the record being played: be nice, be safe.

What I was slow to realize was that while I was being nice, I wasn’t feeling very safe. After all, how could my being feel safe if I’m in denial of its needs? If I’ve not given it permission to be?

A couple months after my conversation with Simone, I heard a talk by Claire Zammit, a transformational coach who teaches feminine empowerment. I was again stopped in my tracks as I heard her tell stories that sounded just like mine: how she had a knack for attracting so many narcissists in her life, or constantly playing the role of the coach and the listener, until she woke up and realized she had to finally look at what part SHE was playing in this ongoing dynamic.

And that’s when she realized she was not “presencing” herself. In other words, she was giving permission to others in her life to “take” all the space, because she wasn’t fully showing up. And if we are not fully showing up, how can we expect to get our needs met? How can we hope to feel fulfilled from relationships or from life?

For this reason, I must kill my executioner or allow myself to be killed, smothered by the weight of the accumulated unmet needs, unexpressed emotions, and unfulfilled dreams in life. Because those dreams require a body and a being that is fully present, fully alive. Able to freely give and entitled to receive.

So it is high time that I learn to hate. It’s time to HATE all those internalized mechanisms of control. To hate that playbook that keeps me playing small and invisible. To hate the straightjacket that has kept me from freedom—the freedom to be fully myself. In rain or shine. In good mood or bad mood. In sickness or in health. Till death do we part.