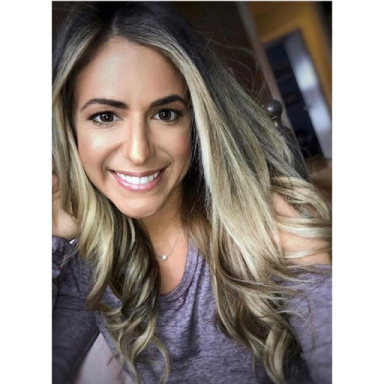 14 years ago, Greg Behrendt and Liz Tuccillo changed my life with their book, He’s Just Not That Into You. Having first watched that epic scene in Sex and the City where Berger told Miranda that the real estate guy just wasn’t that into her, I needed more of this cold-hearted but enlightening truth straight from the writers themselves.

In 2004, dating looked much different than the present day. Our version of a text was a MySpace message and a booty call came in the form of either a chirp from Nextel or a T-Pain ringtone to our Motorola phones at 1:58 a.m. But even though things have progressed in the present day to texts, snaps, DMs, dating apps, FaceTime sex, (I kid you not) and dick pics, I still use my knowledge from the book and have repeated to myself on many occasions that infamous line, “Busy is another word for asshole.”

I’ve used the book, (the movie is annoying AF), as a foundation to every dating situation I’ve ever been in or heard about since then and applied their theories about mixed messages, lack of response, and lack of follow through, all summing up to one basic thing, he’s just not that into you. And since then, over the years as dating has evolved, I’ve gotten more applicable material of my own through my career as a therapist as well as first-hand experiences on all of the things men do that lead straight back to this one fact.

It’s not rocket science, but for those of you confused by a man’s behavior, here’s a little refresher course.

They Don’t Respond to Messages

Leaving you on read can mean a few things, none of which are good. Either he doesn’t care enough to respond, is with another chick and/or he is ghosting you. Not replying to a message IS a message and it means IDGAF. Very rarely you could also be dealing with someone who is playing the “lack of reply game” that gets you to overthink what he is doing and catch more feelings, which is very deliberate but at least shows he cares enough to want some sort of response from you. However, do not put any thought into this because games=asshole.

They Don’t Reach Out During Important Times in Your Life

It doesn’t matter how long you’ve known someone or have been talking to/dating them, if they don’t reach out to you when they have knowledge of something big happening in your life, they aren’t into you. Examples of this include, you got hurt or are sick, someone in your family died or had an accident, your pet ran away, or your house burnt down etc. I am also referring to positive things like you got a promotion or new job, you lost 20lbs in a week (you wish), you bought a house, you became an aunt, or your child had a significant achievement.

When someone cares about you or at the very least is interested in you, they want details about things in your life, good or bad. They want to congratulate you or tell you they are sorry. It’s genuine human emotion that causes the reaction in someone to want to check in with you or let you know they are thinking about you.

So you got a message because you posted a thirst trap pic and you look amazing. Yes, it might feel validating and boost your self-esteem, but when a guy likes a post, watches your story or snap, DMs you or reaches out in any way after you post a fire pic, this does not mean they are into you. It means they are a man. They like what they see, it’s visual and physical and they want your attention at that moment, or to remind you that they exist. It’s like they’re saying “Hi, I’m still here”. None of this has anything to do with caring about you on a deeper level. Do not confuse someone liking what you look like with someone liking you as a person.

If a guy has a reaction to your post, the bottom line is that’s all it is, a reaction; a reaction that you intentionally caused. So hearing from him afterward is not because he was thinking about you or missing you or thinking about seeing you again, etc. You prompted the message and impending meet up with bait and reeled him in. If you hadn’t posted anything, would you have even heard from him at all? Probably not. By all means, post away, I’m a total advocate of and frequent user of the thirst trap, but do it for yourself not to fish for some guy that totally forgot about you for a minute. Wouldn’t you rather hear from someone out of the blue because they were randomly thinking of and miss you?

He Doesn’t Text or Call on Holidays or Birthdays

Repeat after me. A birthday text the day AFTER your birthday does not count as a happy birthday. It’s very hard to miss birthdays these days unless you live in a cave, as I’m pretty sure they either got told by Facebook at 8:34am that it was your birthday and/or viewed your multiple IG posts so there’s no excuse. If someone cares about you whatsoever, they are thinking about you, if not often, at least on your birthday. The same goes for holidays.

Not wishing someone a Merry Christmas is like a death sentence in my book. There are people in my life that I only reach out to or hear from once a year and it’s always on Christmas. It’s that time of year when everyone is allegedly blissful and feeling nice, so if someone doesn’t think of you at Christmas, sorry, they really don’t like you or are intentionally slighting you. I know this because I’ve purposely done this in retaliation when someone’s forgotten me and neglected to reach out first or in years past.

Prime example, I’m a mother but I really don’t consider Mother’s Day a holiday. However, a few very thoughtful men wished me a happy Mother’s Day. Some I was not expecting to hear from, some significantly younger than me but still mature and decent enough to realize it meant something to me, others I have never even met in person and some I hadn’t heard from in months. There are two types of guys in this world, the ones that remember you on every holiday and birthday and the ones that don’t.

They Don’t Go Places with You

If someone is into you they want to be seen in public with you. They are proud of what they have landed and want to show it off, impress you and show you a good time. A guy who is into you wants to date you. By date I do not mean that they come over. I mean a plan that involves leaving your house. I’m not referring to them having to spend money on you, I’m talking about doing something with you that does not involve your bed or couch. Hanging out at home is totally fine, but if a guy doesn’t throw in a day or night out with you once in a while, chances are he doesn’t like you on that level.

Guys know that they need to show effort if they want to get and keep a girl’s attention, at the very least initially. When the effort disintegrates, it’s likely so has his interest. If they can do the bare minimum to even hook up with you, you better believe that’s all they will and want to do, unless they truly like you. In this case, the effort will continue and they will want to do things with you and take you out, not just because they want to make you happy, but because they enjoy spending time with you like this.

They Cancel Plans with You

Yes, things come up, emergencies happen, schedules change, but the exception here is that when a guy has to cancel plans but really wants to see you, he reschedules them upon canceling them with you. He’ll apologize profusely and make it a point to make it up to you. His story of why he has to cancel will add up and not be vague or ridiculous and you’ll hear from him during the time you were supposed to hang out.

Canceling plans with you because work has been crazy, they cracked a tooth, beat up their neighbor, played 39 rounds of golf, their grandmother had a tick on her and their stepmother’s third cousin’s hamster died, are not valid reasons to blow you off. Please do not play into ridiculous excuses, no matter how they can back it up. If someone really wants to see you, they make it happen. Think of all of the times you dropped something important or rearranged your schedule for the dude you were sweating at the moment. Not accommodating their schedule or prioritizing something stupid means he doesn’t want to or care enough to see you. Like my best friend always says, “If someone can go months, let alone weeks, without seeing you, they don’t give a shit about you”.

One thing I always do when I’m trying to rationalize a guy’s behavior, is I try to picture what it would sound like if I overheard a stranger telling her friend a guy has done any of these things and what my reaction would be. I also try to think of what I might sound like to my happily married girls when trying to decipher why this guy is doing what he is doing. The answer, fucking stupid. So it’s not likely that just because it’s me and I’m the one experiencing it, I’m smarter and this doesn’t apply to me. It does.

When the writing is on the wall, read that shit. You do not have to decipher hieroglyphics, it says, “He’s just not that into you”. When he is, he won’t risk engaging in poor behavior that will subject him to losing you. So, if you’re looking for something more than just a fling, be wary. If you want to keep things casual, you can disregard the signs and have a good time at best, but remember, even something casual should be something that’s earned.

“You are too pretty and too smart to be someone’s fuck toy.”  – Words of wisdom from my friend Jen

With her raw sense of humor and counseling psychology background, Marcey tells it like it is in her blog “Everyone Thinks It But I Just Say It.”