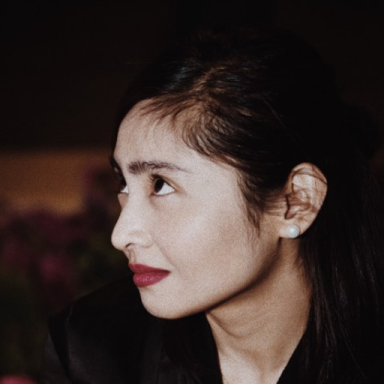 It’s past 3 AM and I somehow find myself in solace– the only time and place I feel safe. There is nothing more that I yearn for all throughout the day than to just be with myself, far from everything that is in existence; far away from my reality.

The sun shines in the morning only to bring me nothing but the absence of light. As it casts its light out in the open upon a vast field, so too does this gut-wrenching feeling devours me. I hear the children play under the sun’s warmth while I am locked away in the cold with piercing shivers filling my body. Most days in the past, I dreaded the sun and sought a shed where I could hide from it. This place inside that used to be the walls that made me feel safe, they’ve turned into a cage— a prison I cannot escape.

An escape. I long for an escape from this ennui. I want to run away from this familiarity. I want to break free, but I don’t know where the roads would take me. As the sun sets, the path grows dim. Eager to reach their destination, as a reflex, everyone would switch their headlights on as they navigate through.

But I would rather just stay this way than be in a state where I am an easy prey— attracting forest eyes to pay unnecessary attention to me. I would rather wander alone than find myself in juxtaposition. I would rather be in this standstill of borrowed time, trying to figure out the answer to why there seems to be a pervasive obsession with the glorification of the superficial.

Now amazed as I watch a herd of cattle treading a curved single-file chute, all of them seemingly calm, I wonder if they have accepted their fate or if fate has indeed promised them the truth. It was then that I realized that I would rather be lost in this moment than find my way into reality.

Here is where I would rather choose to live and wallow in. At a time when I know that the world is fast asleep. They cannot be too quick to talk, they cannot be too quick to judge. I would rather revel in this silence than hear what everyone has to say when all I ever really need right now are the words: “It’s okay. Everything will be okay.” But as long as backstabbed wires are becoming looser and looser, who knows how much longer it’ll take till everything that’s left would burn to start a fire.

And so I would rather be by myself than have someone who’s willing to put on a show but cannot be with me behind the scenes. I would rather keep these thoughts to myself because I know that even if they try and tell me that they understand, no one ever truly does. All they ever do is try to subtly silence the faint voice I have left and make me sing along to their own tune. And yet, how can someone be coerced to believe to love one’s own self after being given all the reasons not to do so? And this is why I would rather lie to myself than face this world that is so insincere.

I just want to be with me.

I just want to be here.

I slay my own dragons and sometimes have tea parties with them.