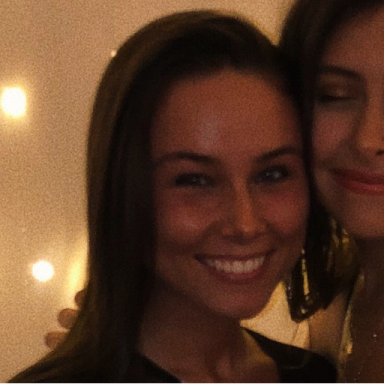 Ladies and gentlemen, we’ve all been there. You initially didn’t like him as much as he liked you, yet somehow you ended up head over heels, only to watch him pull away. If you’re asking yourself if he’s still interested, chances are he’s not. It’s a tough pill to swallow, but if you’re still unsure, here are five definitive ways to tell if a guy has lost interest in you.

1. He has changed his texting habits

If he used to text you long paragraphs about his day, and now he only responds with a few words, he has lost interest. This is a tell-tale sign that his interest in you is waning, and it’s not because he’s always tired. He’s waiting for you to get bored and move on.

2. He doesn’t ask about your life anymore

Guys that are truly interested in you will want to know about your day. They genuinely take an interest in your everyday thoughts and feelings, and they love to hear about what’s going on with you. If he isn’t asking anymore and the conversation is achingly mundane, he is losing interest fast.

3. He constantly makes excuses for not seeing you

“My car broke down.” “My pet rock is sick and needs to go to the vet.” Do I need to explain this one? No one has a pet rock. If he is always busy and cannot make time for you, he doesn’t want to see you. Hence, he will always avoid seeing you face-to-face, leaving you wondering what you did wrong.

4. He will leave you on read for hours or days

I am a big believer in personal interaction, but nearly everyone has a phone. If he is not responding to you for long stretches of time, he is most likely not interested. It’s not true that he “didn’t see it” or that he “wasn’t on his phone.” He saw it and he ignored it.

5. He will act uncomfortable if he sees you in public

This sign is not as easy to catch if you don’t see him regularly, but it is a HUGE indicator. If you have not been communicating and you happen to see him in public after wondering endlessly why he is suddenly not interested, look for this. Guys will be awkward if they are trying to ghost you. Do not be surprised if he leaves the building in a hurry. He doesn’t want to explain himself to you.

Life seems awfully confusing when this happens, but it happens to everyone. The only thing to do is pick yourself up, know your own worth, and move on to someone who appreciates the beautiful person that you are. The right one is coming, people. All hope is not lost.

My mind is a black, swirling ball of thoughts. Follow Maggie on Instagram or read more articles from Maggie on Thought Catalog.

This Is Every Possible Texting Personality You Have Ever Dated, From A To Z

7 Signs He’s Just Not That Into You