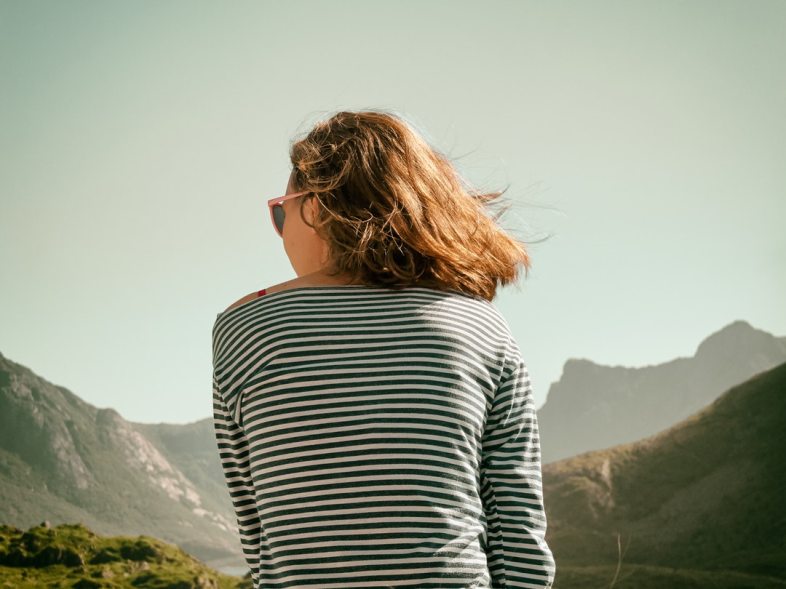 I’ve never really liked talking about my experiences with anxiety or depression for a few reasons.

The first and the most obvious reason is just because it’s simply uncomfortable. No matter how close you are to the person you choose to vent to, talking about your own vulnerabilities and insecurities out loud is awkward. When you hear your own voice addressing it, it’s almost like an out-of-body experience. Suddenly my own voice sounds foreign and it’s like I’m listening to a familiar story, but one that I refuse to take ownership of.

Secondly, talking about it means acknowledging that it’s actually real. And anyone who suffers from anxiety or depression knows that this is something people commonly want to run from instead of addressing head-on.

And lastly, I can’t help but feel like claiming to have anxiety has almost become a recent trend or fad. Maybe it’s just because I’m older now and have become more aware that many people do struggle with these problems. Or maybe it’s just the generation that I’ve grown up in that people have become so open about talking about their problems.

Whatever it is, I can’t help but feel like all of a sudden, an overwhelming amount of people have claimed to be an anxious person.

At this point, I’m aware that there’s a good chance that I’m stepping on the toes of a few readers. So, let me begin by saying that I am by no means trying to discredit other people’s personal struggles. I acknowledge that everyone has likely at some point or another experienced anxiety to some degree, and I understand that anxiety is not a ‘one-size-fits-all’ type of thing. It affects everyone in extremely different ways.

I understand that one in five adults have experienced a mental health issue.

I understand that one in 10 young adults have experienced a major period of depression.

I understand that one in 25 adults are currently living with a mental health issue.

But having that said, I almost feel like due to this recent and overwhelming desire to talk about it, it’s given people more of a reason to not view problems like anxiety or depression as actual mental health diseases. Yes, diseases.

It’s time for people to start acknowledging that mental health disorders are real diseases deserving of much more attention than they get. Depression, anxiety, bipolar disorder, schizophrenia, OCD and PTSD may not be visible, airborne or contagious, but that doesn’t make them any less real.

But then the question becomes how can you explain such an intangible thing to someone who simply does not understand?

“I think everyone has off days,” or “Everyone gets like that sometimes” is what we usually hear.

Yes, everyone has off days. Yes, everyone may get like this sometimes. But where the big difference lies is that people who struggle with anxiety are unable to identify what triggers these off days or bad moods.

How can I explain to someone that one day I wake up as the happy, funny girl that everyone knows and loves and somehow, within a short, 24-hour span wake up the next morning as someone completely different; someone who is (without reason), so insecure, disconnected and detached from the person I was only a few short hours ago.

Now, I understand that anxiety affects everyone very differently as I mentioned, but for me personally, it affects me the exact same way every single time it strikes.

I wasn’t necessarily alarmed to wake up feeling this way as this is something that I have struggled with on-and-off since early high school. But, as per usual, I was unable to pinpoint what had left me feeling so disconnected.

I keep using this word ‘disconnected,’ because the Webster Dictionary hasn’t quite come up with a better word to describe these waves, but I truly believe this word does a pretty fair job at explaining what it feels like.

On days when I am feeling healthy, happy and totally myself, I am very confident about who I am as a person. I am confident in myself, my relationships and things going on in my life.

Until the unwanted visitor decides to part (until its next inevitable visit), it fills me with an incredible amount of self-doubt. So much so, that it leaves me feeling distant, detached and disconnected from that person I am on my healthy, happy days. When I find myself hosting this unwanted visitor, what I need you to understand is that I have truly forgotten how to be myself.

I have momentarily become so consumed in this negative, dark headspace that I literally forget how to act the way I do when I am that healthy, happy, fun girl that everyone knows and loves. I actually forget how to naturally carry on conversations, oftentimes not saying much at all because I’ll forget what to even talk about.

And when you feel distant from yourself, it’s impossible to not feel distant from the ones you love. I mean think about it – if you’re so consumed by this other entity, it’s almost like introducing a stranger to all of your family and friends for the first time.

Because not everyone just wakes up every now and again forgetting how to be themselves. And not everyone wakes up sometimes feeling like they’re starting from scratch with the people they’re closest to – starting with themselves.

And so that’s what I mean when I say I feel disconnected. Because as you can imagine, when a foreign entity is living inside of you, feeding your thoughts, it doesn’t exactly leave you with much room to be yourself.

50 Things People Struggling With Their Mental Health Wish You Realized

We Need To Keep Talking About Mental Health

27 Unexpected Consequences Of Opening Up About Your Mental Illness

28 Things People With Mental Illness Want To Tell Their Friends, But Don’t