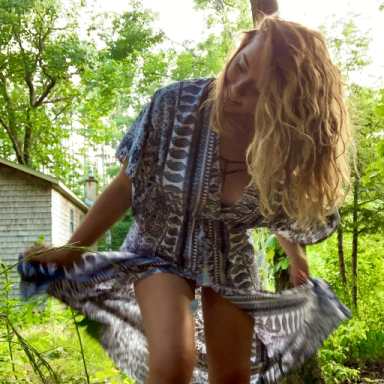 Sometimes we lose ourselves in the midst of something outside of our own bodies, we get taken away by the grandeur of something beautiful playing out before our eyes. When you give yourself away to something, without a second thought, you expect that very thing to do the same for you. I think of this with romance and theater. You watch things play out to see what happens next. You blindly invest yourself into something that will never give back to you in return, and it will be over before you know it.

Our minds lose all capacity of recapping reality, and it only shows us reruns of the good things that happened. The way he put his hand on your leg on that 4 hour car ride, right when he could tell you weren’t doing your best. The moments when he pulled her close in the kitchen, while your song was playing in the distant background and the smell of too much garlic permeated the air, and he whispered that he had never been happier. Those clips that showed things only the two of you would ever know and they could never be reproduced, even if the most convincing actors were hired. Bloopers of life happenings gone wrong and hysterical laughter that still shakes your bones when you try to remember the sound.

You gave parts of that thing about you that makes you, you. The untouchable, secret, silent place inside of yourself. You let someone else in and make it their home. Then the movie reaches a climax and an unthinkable turn, a plot twist no one saw coming.

It’s hard to undo that kind of script. To rewrite the wrongs or when the characters became something other than themselves. You want justice. You want clarity. You want to fill the void between the lines that were read, even though they might have been hastily written.

It’s like sitting back and watching the screening and saying “but something was missing, something went wrong.” You want to jump through that place that floats between the viewer and the film, and tell them what to do before it’s too late. That second before someone makes a wrong turn. The eerie inkling of knowing something terrible is on its way, without being able to make it clear to those participating in the narrative.

But you can’t. You can’t rewrite something that’s already been played out for everyone else to see. You can not justify ulterior motives or undo impulsive reactions. Sometimes there isn’t a way to do another take.

But there can always be a sequel.

Publicly sharing moments of clarity and spite. Working on the latter.