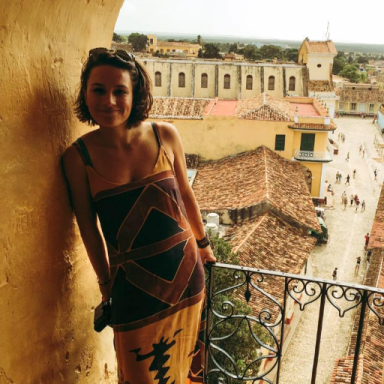 That is, up until a few days ago. I was on holiday with a friend of mine and his sister, who I had briefly met a few years ago. As the trip went by, I could feel that there was something between my friend’s sister and I which was more than just a budding platonic friendship. We had chemistry, no doubt, and while I wouldn’t have admitted it to myself immediately, I found myself intrinsically drawn to her in the exact same way I would have been with someone of the opposite sex.

My relationship to women throughout my life has always been one of distant appreciation of their beauty. I’ve often found myself on the London Tube struggling to tear my eyes away from a woman I found beautiful. But to admit to myself that I was attracted to them was a mental step that simply never crossed my mind, as if there was a mental barrier which made it impossible for me to admit that this was even remotely possible.

Yet, as this recent experience will have it, so it is. And I am so grateful to have had this revelation. Despite the object of my affection being someone who was supposedly “of the wrong sex” for me, the feelings of excitement at a new romance were the same as those I’ve always experienced. For four days, we pulled at each other’s heartstrings with stolen glances and hidden grazes of our bodies. On the final evening, when our lips finally found each other, I was flooded with that universal feeling of euphoria—the same one I had come across with previous lovers, all of whom had been men. Sharing this timeless evening of intimacy with this woman I was drawn to felt both so new and so natural. When our bodies were entangled, her curves were completely different from a man’s, yet so familiar under my fingers.

Now that I’ve crossed this mental barrier and acknowledged my attraction towards women, I can’t help but wonder if the possibility of these feelings towards women had always been present but something I was culturally and socially taught to repress because they fell outside of my defined sexual orientation. When I would find a woman beautiful, was I conditioned to dismiss it as a platonic appreciation of beauty rather than sexual attraction?

But what if it’s not in our genetic make-up? What if the thing we’re born with—or rather into—is a culture in which we are taught to think of our sexuality as a tick-box exercise, according to which your sexual orientation must neatly fall into a category? And what if these restrictive social norms and values act as a form of social conditioning, which push us to repress those sexual desires which fall outside of that tidy classification?

While the idea that sexual orientation exists on a spectrum has been explored for decades (most famously through the Kinsey scale, invented in the ‘50s), several psychologists have taken this further in recent years and argued that female sexuality is fluid, and influenced over time by a range of social, demographic, and cultural factors.

If my personal experience demonstrates anything to me, it is indeed that my sexuality is far more fluid than I had anticipated. But this fluidity has up until this point been constrained by the social and cultural environment in which I evolve. If I hadn’t had this experience, which has forced me to reconsider and question my sexual orientation, it’s possible that I would have continued considering myself as purely heterosexual and passed by a whole world of opportunities to meet, date, and maybe someday fall in love with a woman.

Isn’t it time that we address and undo this social conditioning whereby we subconsciously repress the sexual desires we think don’t correspond to our designated sexual orientation?