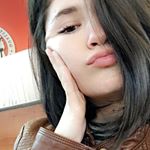 It is of my observation that oftentimes we ignore or avoid things because they are too heavy. Perhaps we just aren’t sure of what to do about them or how we’d even acknowledge the resultant feelings about the situation. “Unrequited” can mean to go without being returned or rewarded and, in terms of love, that dirty L-word so many like to stay as far away from as possible, it is nothing short of horrible. It is perfectly agonizing to describe something you cannot touch, knowing it is impossible to obtain.

My heart feels leaden — substantial, messy, honest, strong. These emotions are akin to whiskey sitting inside me, the weight of it causing my head to go fuzzy and laughter to spill from my lips with ease – almost as much as the three tiny words that would change both our worlds if they, too, spilled.

Because he doesn’t know of the desire I have to feel his arms around me, of the hours just past midnight when I struggle to keep at bay the incessant need to trace my fingers over the delicate, freckled skin of his back while feeling the rise and fall of his breaths. One. By. One. All others before him (and I fear the ones after as well) lie flat, dormant. Sometimes I wonder why it was me he’d called when things went to hell overseas; sometimes I hope I’m the first person he reached for. Because never have I had it where tears sprang to my eyes at the very thought of someone’s smile or the idea of their voice pronouncing my name.

I’ve been to church before I went with him, but never have I wished for an accompanied visit to the pew. I am one to grieve, pray, worship, and reflect on my own. I suppose it’s the continued presence and the accumulation of comfort from all those months between us. Suppose it could also be the devotion I have for him that could build entire cathedrals – oh how much it fucking hurts to both have these monumental feelings inside my bones and attempt to lie still at night. I can’t keep the dreams at bay, so I make a deal with myself: dream about him, but when you wake up in the morning, accept that it is fiction. I must make it known to myself that if these desires were to be sated, my world would cease to be whole. Because there is a certain line that is not crossed when you are the way we are — too close and yet the distance insurmountable.

I’ve gone insane trying to see his side of it and attempting to salvage every little piece of what we are – were? – and coming up with nothing but tears over the phone screen of our texts, of the slivers of memory from those late nights we spent surrounded by people but completely consumed in one another. How it feels when he shows up to the party when really, I thought he’d entirely skip out on it in the first place, and maybe the only reason I was there in the first place was to see him. And there he was — his willowy frame down the hall, approaching in my direction. An entire chain reaction of firework-like excitement within my bloodstream. I was breathing, and now I was conscious of it because before, it was just air. With him before me, it was air with vibrance.

I am a rational woman and nearly always know how to handle myself. But I think I’ve hit the ground on my knees more than a few dozen times these past few weeks. What do you do when it feels like another person, no matter where they go, is always going to have a piece of you? My edges are sharp and they cut deep. I am not the rose but the thorns which ward off everyone. But for him – always for him – I am brutally vulnerable. How is it that I should sleep soundly at night when I can feel every movement on the other end of that damned invisible string connecting us at the heart? The answer is restlessly. Sometimes I can’t at all. Because it feels so indelibly wrong to ignore the us that tugs at every atom of mine.

When the stars in a constellation are interconnected, it is damn near impossible to unsee them together. As one. I can’t take away how I feel about him now, and even if I could, I can say with some sort of certainty that I wouldn’t want to. I also have found myself hoping I’ll never have the opportunity to properly love him because I know it’ll be one of those things I’ll miss, ache for, even while experiencing it. It is so sacred to me, the close proximity of him and I.

Also in the form of constellations: the patterns in which we both fall into. The synchronization, though unintentional, is too important to be of coincidence. It continues to pull each of us into the other’s orbit. Neither of us are the sun nor moon but two lone planets circulating in an entirely separate system altogether. One that exists permanently in some other dimension. A place and time where neither of these things are too much or vast between us. The kind of place I view as the happiest I could be simply because I am beside him. And beside him I tend to be the version of myself I like best — when we are together. I would do anything for him. That is something I fear will never change. But I am going to let each thing, each event between us, unfold in the manner it’s supposed to.

I read somewhere: “When I am with you, there is nowhere else I’d rather be. And I am a person who always wants to be somewhere else.” I think that sums it up to the tee. I want to be a lot of things, but I most guiltily want to be beside him. Guilty because I know it isn’t the same the other way around. I want to apologize to myself for wanting something impossible. There is nothing more damaging to a soul than wanting to give another the entire world and more – their world. I fear a lot of times that maybe he’s it for me and I am not for him. My hands tremble when I realize that there possibly won’t ever be someone I’ll want to stand or lay beside more. What happens if I don’t want to pour every ounce of myself into another human being other than him? To lose everything and come away with nothing, not even the will to start over with someone else?

The most prominent thing I’ve clung to through this shitstorm of emotions is the fact that I inherently love this person. I do. Love is many things, and it varies for everyone, but the kind I refer to is where the only thing that matters most is the other’s happiness and well-being. My feelings do matter. His do, too. But I think the most important thing is to never lose sight of where it all began and where it should end – in heart. What is done with heart is done well, and that is nothing to apologize for or regret.