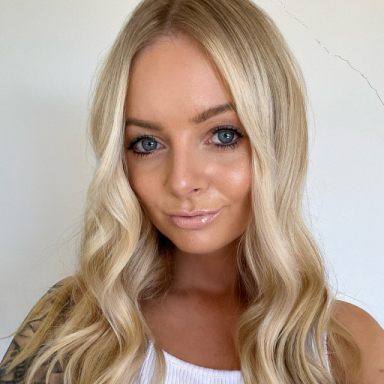 By Maddison Wickham Updated May 17, 2021
Photo by Priscilla Du Preez on Unsplash

By Maddison Wickham Updated May 17, 2021
Photo by Priscilla Du Preez on Unsplash

1. You can’t make someone else love you. No matter how hard you try, you can’t force someone else to love you. Sometimes how we feel doesn’t always get reciprocated, and that’s just a fact of life. It’s often heartbreaking when you realize this, and can leave you feeling utterly devastated knowing that nothing you say or do can change how someone else thinks, feels, and acts. Sometimes you just have to ask yourself whether or not they’re worth loving if you have to try and persuade them into seeing how amazing you are in the first place. It took me a long time to accept that you really can’t love someone into loving you.

2. If they’re not making any effort, chances are they don’t care. How often have I been the one to text first, make the first move, or plan the next date? Too many times. If they’re not matching your effort, especially at the start of a new relationship, then chances are they’re not as invested in it as you are. If they’re doing the absolute bare minimum and not scheduling you into their life, or they’re not excited to talk to or spend time with you in the early stages of dating, then it’s unlikely that they’ll change their behavior later on. Did you really want to be with someone who can’t even put in the amount of effort needed to get to know you?

3. Bad timing shouldn’t matter if you love someone enough. A lot of people use this to let the other person down easily, and I fully understand that our lives get so chaotic and stressful at times, yet I wholeheartedly believe if you love someone enough, then you would try to make it work. A lot of people do meet at hard times—perhaps they’re focusing on their career or moving interstate. However, if I met someone who I thought was the one, then I’d do anything not to lose them. Maybe you’ll be lucky enough to come back together again years later when you’re more settled, but you can’t expect someone to put their life on hold to wait until the other one is ready. If you’ve found someone that you love, care for, and honestly cannot fathom living without, you’d make time for date nights, romantic getaways, or even just a FaceTime call, regardless of your busy schedules.

4. You shouldn’t question your self-worth if they settle down with somebody else. I once dated a guy for a few months and thought it was going really well, and then he did a complete 180 and told me he couldn’t commit to a relationship right now. Two months later, he was dating somebody else and they were together for a few years. I remember feeling like I’d been punched in the face—I started questioning myself and wondering what she had that I didn’t, why he chose her over me, and comparing almost everything about myself to this woman. It honestly took me a long time to process and come to terms with the fact that he and I just weren’t meant to be, and that him not wanting to be with me didn’t have anything to do with my self-worth and I shouldn’t live my life questioning who I am if someone doesn’t love me.

5. If they broke your heart, chances are they’ll do it again. I’ve given way too many chances to ones who didn’t deserve it over the years, and nine times out of 10 it always ends up the same as the first time. Whether they’ve cheated, broken up with you, ghosted you, whatever it is that they did that hurt you, do you really want to risk them doing it again by letting them back into your life? I often found that months, sometimes even years later, when I’d finally let them go and moved on, I’d naively let them back into my life, only to be let down, disappointed, and heartbroken all over again. I believe most people deserve a second chance to redeem their bad behaviour, yet there are some circumstances where you need to ask yourself whether or not you’re willing to put yourself in a situation that may break your heart all over again.

6. Some people are meant to come into your life but just aren’t meant to stay. I’ve dated a few people over the years and each one has taught me something valuable, regardless of if we ended on good terms or not. Losing people from your life can sometimes be a blessing in disguise, as it teaches us what we don’t want in a lover, a relationship, or in life. Often after the initial feelings of a breakup have subsided, you can look back with clarity and realize that perhaps they weren’t meant to be the whole book, but instead just a chapter along the way. Sometimes, people are merely supposed to come into your life to teach you not only things about love, relationships, and life, but about yourself, too.