In a life that already seems ages ago, I was once a graphic designer. It’s something I enjoyed doing — though writing has always been my real passion — and occasionally I get the urge to create art via Photoshop rather than by putting words to paper. That being said, here are 5 short stories from my debut horror collection “Certain Dark Things” reimagined into film posters. 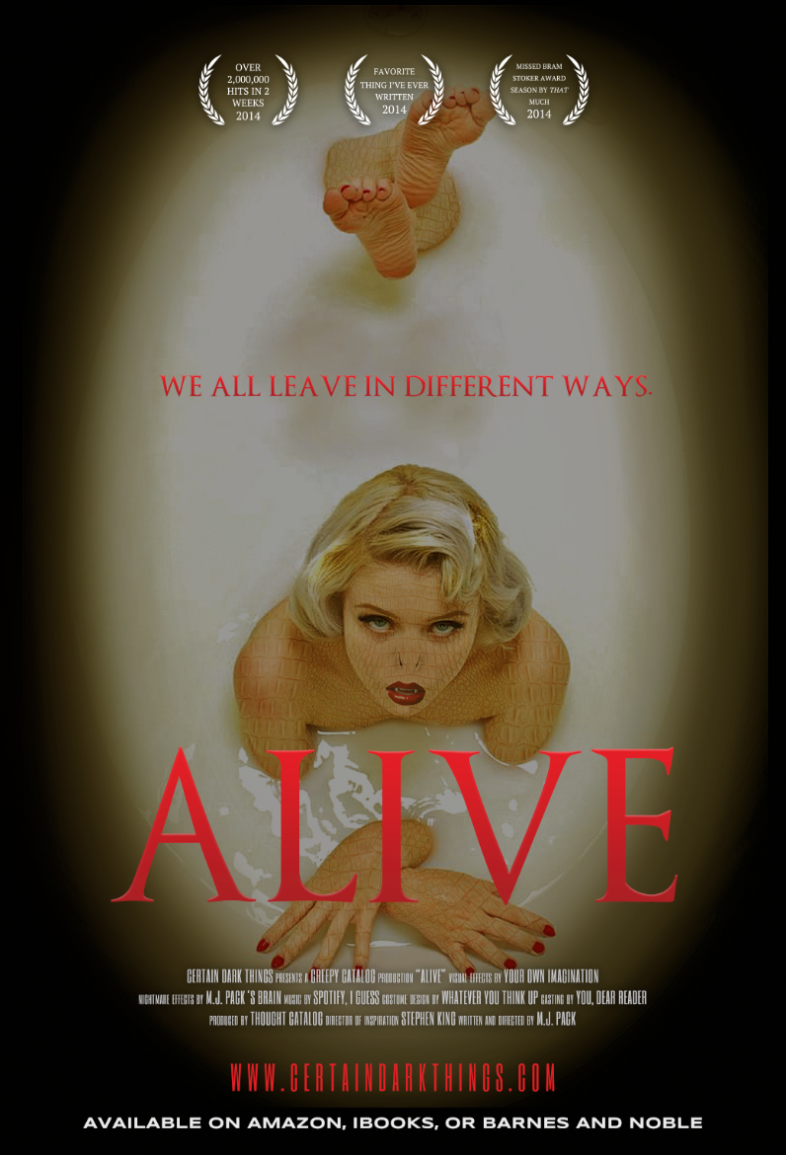 I was seconds away from turning to leave the monster in its grotesque glow of candlelight when it said, “Hello, Arthur.”

I knew that voice.

I KNEW that voice. 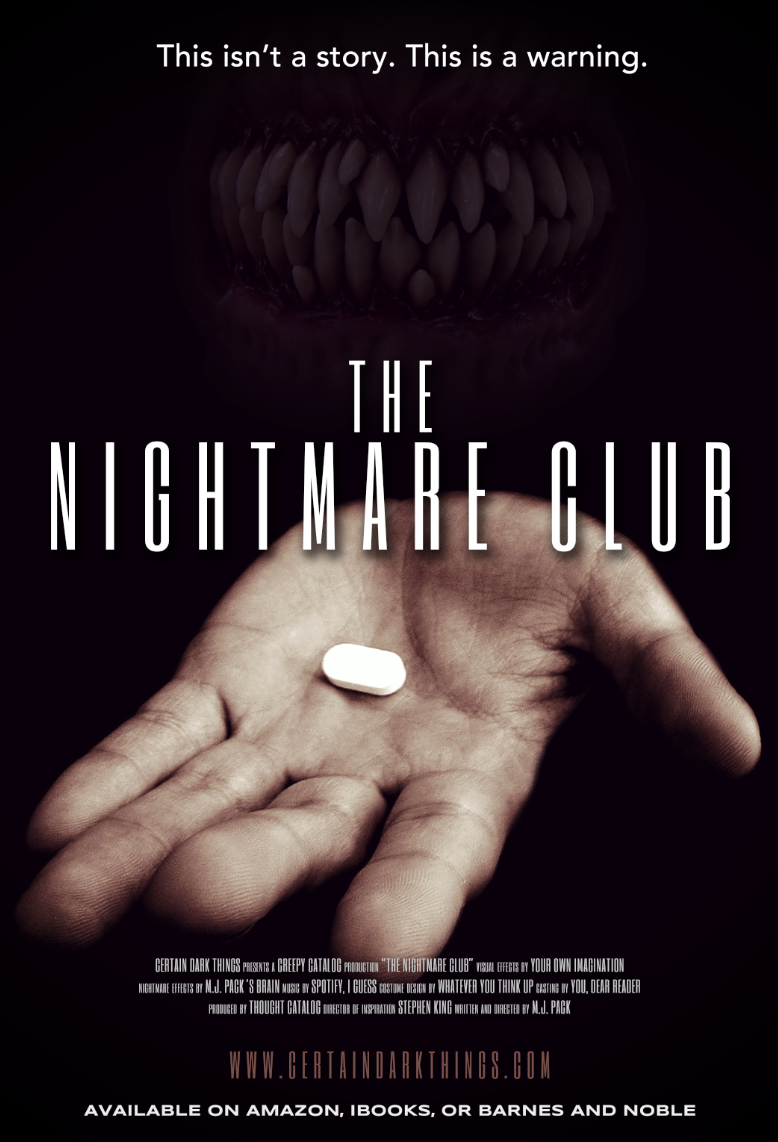 That night, I swallowed the second pill and chased it with vodka. I wish I could explain why I took it.

I wish I could explain it to you but I’m so goddamn tired. 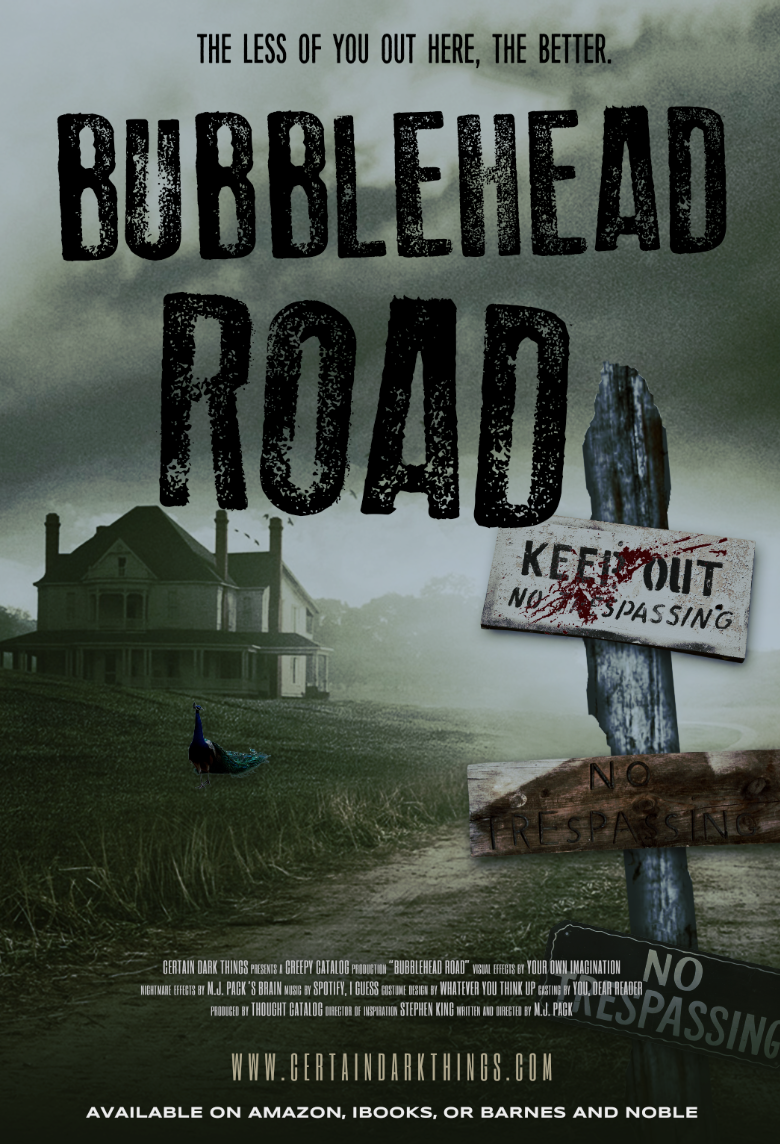 The four of us lapsed into silence as we passed sign after sign bearing the same threatening message over and over: NO TRESPASSING. PRIVATE PROPERTY. NOTICE – TRESPASSING ABSOLUTELY FORBIDDEN. KEEP OUT.

“I counted nine of them,” Dennis said at last. 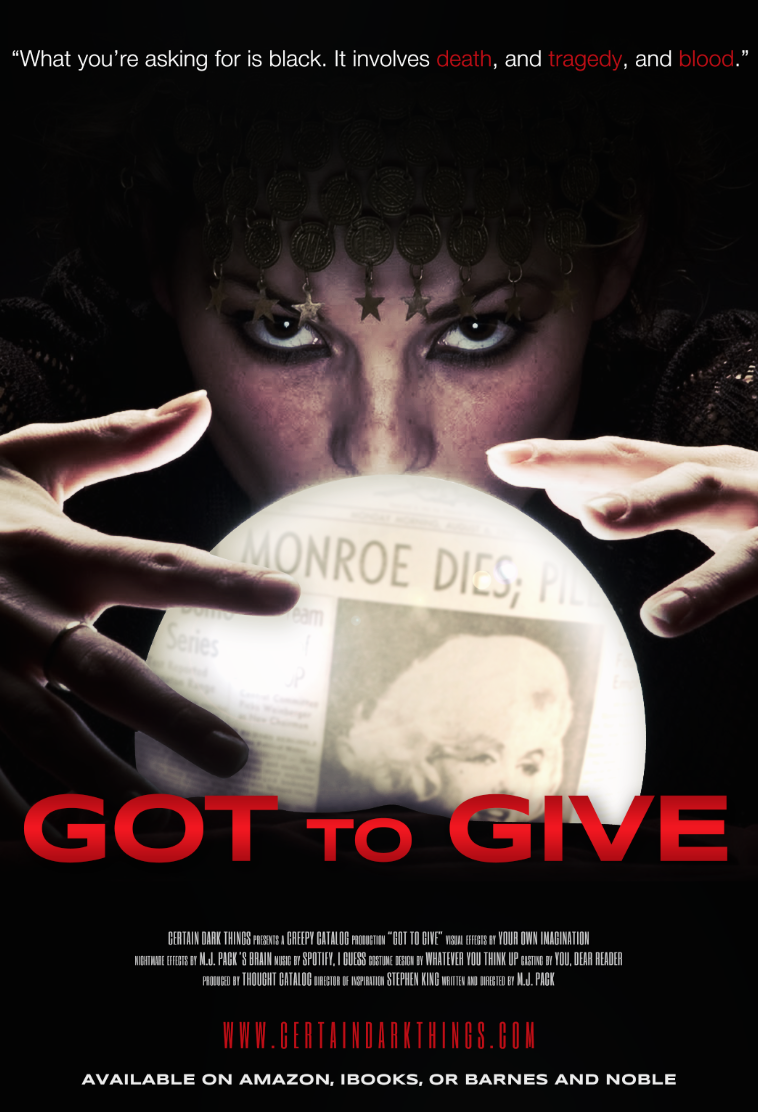 “I want them to suffer.” Norma Jeane paused, considering this, then added, “I want their children to suffer. Their grandchildren. I want their whole goddamn bloodline cursed.”

The fortune teller let out a long, low whistle.

“That’s a hefty thing you’re asking for, Norma Jeane,” she said. “The cost for something like this is high.”

“I already said, I’ve got plenty of money,” she spat, clicking it open to reveal a fat wad of hundred dollar bills. She grabbed a handful and slammed it on the table. “How much? This much? I won’t even count it.”

I Hope My Sister Dies Soon 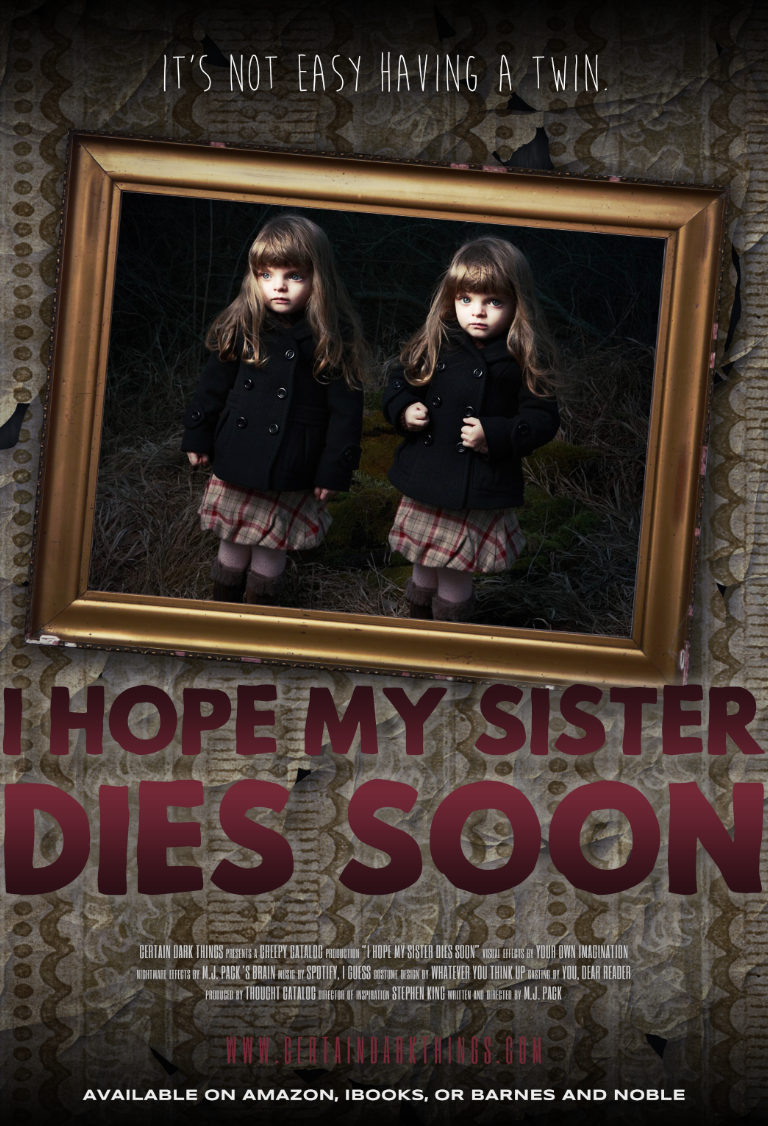 You’re supposed to love your sister. Aren’t you? When I search my heart for that feeling I always come up empty, and yet there’s still that phantom cord running between the two of us, a kind of passageway from my mind to hers like the tunnels that ran under ancient asylums.

To read these stories and many more, check out my debut horror collection Certain Dark Things, available in paperback, Kindle, and iBooks. 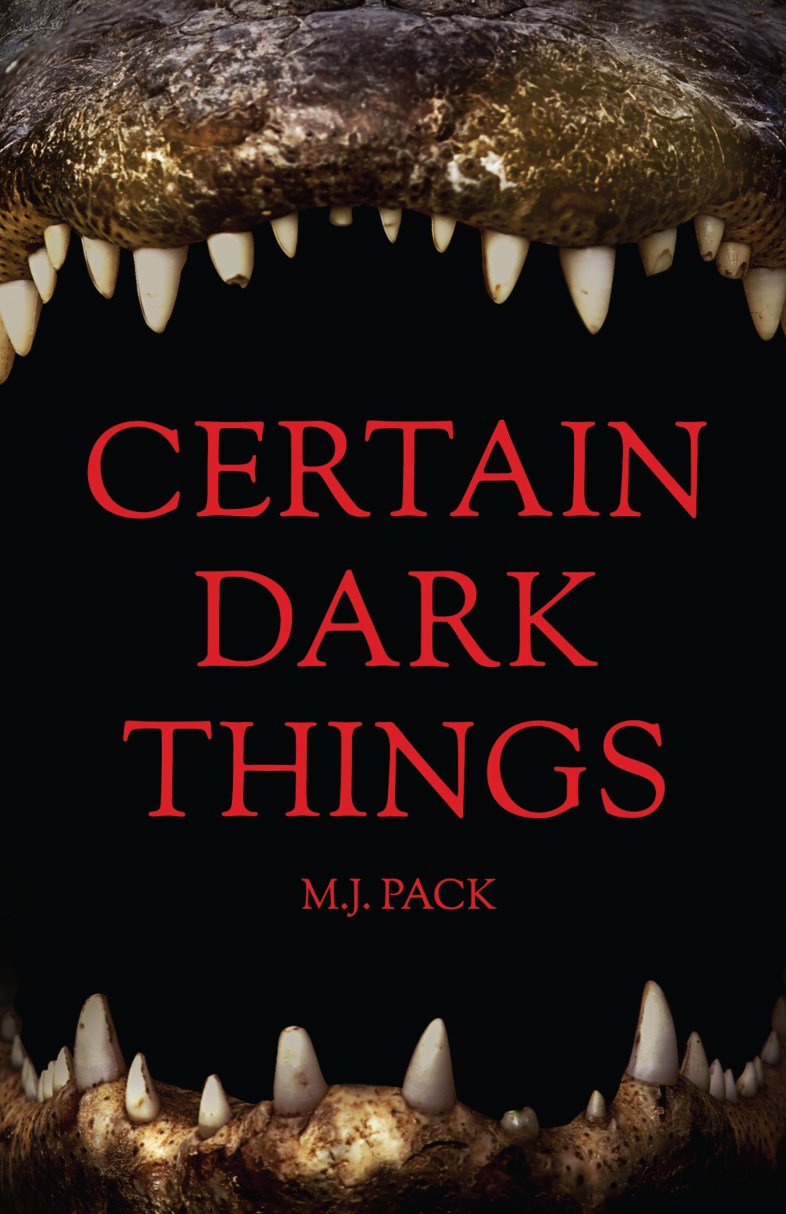 I Thought It Was ‘Just’ Sleep Paralysis. Please Don’t Be Like Me.