You can read part one here and part two here.

I managed to make it a few more months.

Got to a new place, set up shop, went back to New Orleans for just a day trip to clear out my business in the basement. No one had messed with it, that was good, that was why I picked such a remote place in the first place. Me and my dad, we liked our privacy. You probably know that by now.

I went north this time, followed the ocean along the east and tried to find somewhere safe, somewhere dry. Somewhere that no one could leave handprints.

That’s what was following me, right? The handprints? The voice? Worse, what was attached to those handprints?

It was always different, but it was always the same. My father, something else, my childhood, something else. Shifting, changing, unpredictable and terrifying. I wanted to tell someone about it but who was there to tell? Ma was in the ground five years now, my dad a lot longer than that. What they don’t tell you about growing up is how alone you end up feeling.

It got so goddam close last time, you know? That Other Me, the thing that sounded like myself as a kid, like myself at age 8 when my dad had left me in the car parked outside some strange house for hours. Hadn’t thought about that in a real long time, not until Other Me jogged some memories.

I started to think about it, though. While I waited. About how it took so long for my dad to come back, he’d told me to wait but I couldn’t, I had to pee and I was worried so I figured getting out of the car for just a minute wouldn’t hurt. Right? I mean, sure my dad was strict, but how could you expect a little kid to wait that long by himself?

After a while, summer faded into fall and it still hadn’t shown up. Was it because we had a mild season? No snow, no rain, no crazy weather to bring it on? I hoped so. But when I started seeing that thin sheen of frost on my porch early in the morning, I decided it might be best to fix my sleep schedule. Like, no more late-night drinks, keep the whiskey to the daytime and fall into bed by 6pm, before nightfall. My dad did that, you know, after he got off the third shift for a few years. He said it did him good.

Main thing is, I didn’t want to hear what could be outside. It only came at night and I was so tired of waiting, you know? I thought it might be best to just shut myself off during the times it could come. Because either it couldn’t (or wouldn’t) get inside without my help, or if it did, maybe I’d just go peacefully. In my sleep. That was a nice thought.

Then, once I started getting more sleep, I didn’t just think about that night outside the strange house. I started to dream about it.

In the dreams, I’m little again — or maybe I’m not? I feel short but when I look at my hands they’re man’s hands, leathery and tough. Maybe they’re my dad’s hands. I don’t know.

I use these hands to knock on the door. I have that tight, tense sensation in my bladder, the pinching need to pee. I cross my legs back and forth, hoping someone will come to the door but they never do. So I go to a window.

Then I wake up.

The same dream, over and over. The same way every time: in the car, have to pee, knock on the door, go to the window, dad with the woman. “DANNY!”

And see, here’s the weird thing. I only have this dream in the daytime. Never had it at night.
Well, I guess maybe that’s not the weirdest thing.

No, no handprints yet or anything. Nothing like that. But since the leaves have started to change, since they’ve gotten all colorful, red and orange and yellow, they’ve started showing up in my house.

First, they were on the porch. But that’s pretty normal, right? Gust of wind blows ‘em up there, no cause for concern. But then one day you wake up just after dawn, like usual, happy to see the sun coming up over the horizon, and you see a trail of them from your front door to the dining room. And they’re pretty at first, see, they’re those brilliant fall shades but they still have enough springy life in them to stay in one piece. At first, you sort of like them.

Then, as the season goes on, as you have the same dream over and over again about your dad and the woman and your big man hands, they start to die. They get crunchy and crumbly and you start to find them everywhere. Trailing through the house. Stuffed in your dresser drawers. Folded into quarters and stuck neatly between the bills in your wallet.

It’s deliberate. It’s a message. It’s what it does when it can’t leave handprints.

One morning you wake up coughing, sputtering, tongue drier than you can ever remember. You spit and spit and wouldn’t you know, you’re spitting out a mouthful of brittle autumn leaves.

Something has come into your house in the middle of the night and stuffed your fucking mouth with leaves.

God only knows what would’ve happened if you’d been awake when it came. Then, you wonder — is it really your dad you’re hearing in the dreams? Is it really your dad yelling your name, or is it something… else? Something crouched by your bed as it parts your lips and begins shoving dead leaves inside?

And this, you know, this is what makes you realize you can’t get away from it. You can’t keep running. You could try, of course, you could keep sleeping through its cycle or moving with the weather or whatever, but one day you’ll choke to death on whatever else it’s decided to shove in your mouth and maybe next time it won’t be as harmless as leaves.

And you leave the leaves behind.

To read the final installation and discover Danny’s fate, preorder my debut horror collection Certain Dark Things. You’ll have first exclusive access to the finale of “For Everything There Is A Season (Danny’s Story)”! 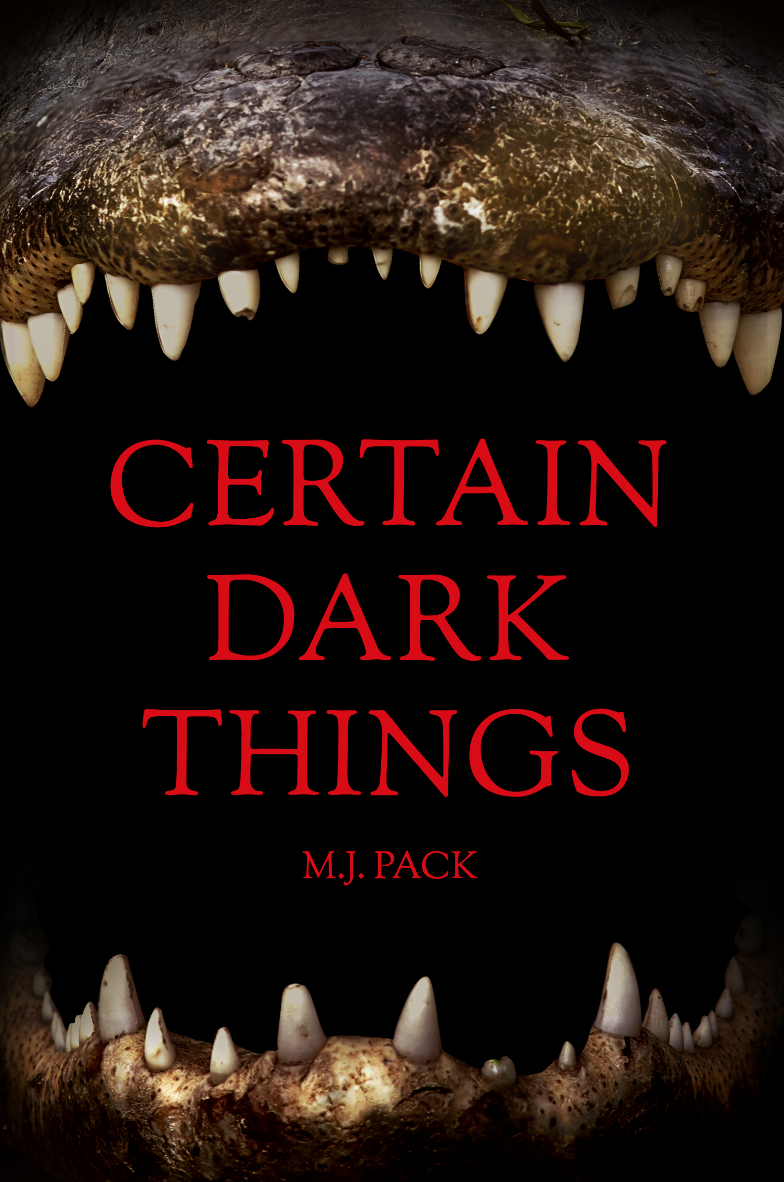