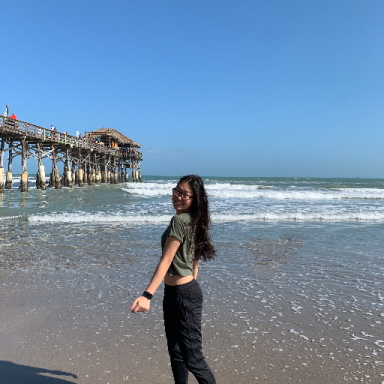 Every now and then I like to look back into the past and think about what we used to be. We had so much back then and it was beautiful. It’s still beautiful but now it’s a realistic, edited version. Maybe the universe knew that we would never be able to thrive together, to become something wonderful. Maybe we weren’t meant to be together.

Maybe we were supposed to but we screwed it up for ourselves.

Sometimes I wonder if you meant everything you ever said to me. No, who am I kidding, you did mean everything. At the moment. Words can last forever but I guess the intentions don’t. It’s so funny how no matter what, we’re still tied together by everything we’ve been through yet we’re so far away. The same words are now just bittersweet reminders that we will always have each other but not the way we used to.

Do you ever lie awake at night thinking about this?

Where it all went wrong: when that beautiful blazing flame between us turned into deadly fire that killed everything we could have been. The same fire we kept going for so long and never realized that it was burning and destroying everything. Now all that is left is the searing pain from the damage we caused.

How did we come to this?

Was it your fault or mine? Were we too young and dumb to realize that we could have been magic? We could have nurtured that fire into something so pure and amazing. The kind of fire that would roast our marshmallows and warm our hearts. For a moment, it was us against the world. We could have kept that moment going and I just know that we would be able to take on the world and everything it could throw at us.

Were you too excited about what was out there or was I too timid to break out of my own shell? Were you afraid or was I all in too early? Did you make the mistake of shutting yourself off or did I make the mistake of being open with you? Or maybe, we were too consumed with fixing each other and ended up seeing our each and every flaw. Maybe that’s what tore us apart.

Maybe we were both screwed up or maybe it was all just bad luck.

I’ll say this once: nothing in the world could replace what we had. I’ve looked everywhere to start the same spark, the same roaring fire we caused. Maybe if I find it with someone else I’d learn from this and not let it destroy everything. Or maybe that would be a shot in the dark.

What if it wasn’t me or you?

What if it was the timing? What if we weren’t supposed to meet back then and we forced it? Is this how fate gets payback? Maybe this is the answer. We’ve changed a lot since we met. We grew up, we saw life for what it is, and we found a world where it wasn’t just each other. Had we met now we would have skipped the tears, the yelling and fights, the encounters with death and all the lies we told each other and ourselves. The world would have nothing on us.

Everyone saw what we were, what we gave off, and all the magic in between.

I obsess over things easily: books, music, and people.