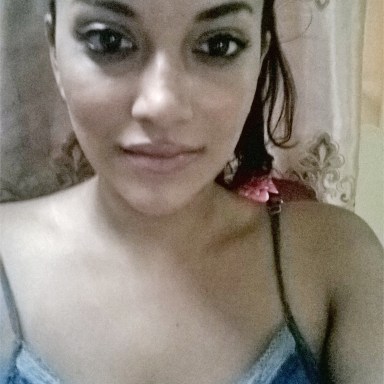 By Lukshana Gopaul Updated February 7, 2018
Rosemary's Baby
When it comes to movies, it’s very rare to come across a genuinely terrifying movie that doesn’t rely on tropes and stereotypes and that doesn’t take their audience for innocent little dweebs. Too often, the movies that are released under the genre ‘Horror’ are the opposite of that but quite ironically, the ‘horror’ element arises when you realize what an utter pile of shit it is. Cinema nerds like myself, and anyone with an eye for spotting shit, will concur that finding that ‘horror panacea’ packaged within a movie tends to be a long and arduous journey. So I hereby present to you a list of the ten most terrifying movies you will ever see.

This movie is probably one of the most gut-wrenching visual account of exorcism that exists. If you’re an atheist like me, you will be second guessing all your beliefs at once. The Exorcist doesn’t rely on the ‘whodunit’ trope nor does it overplay the fact that it’s a horror movie; it’s simply a descriptive (albeit fictional) narration of the protagonist’s esoteric debacle.

The director, William Friedkin did an exceptional job at conveying the overall uneasy undertone, which many directors fail at due to their excessive reliance on useless ‘shock elements’ which have the corollary of desensitizing their audience to said ‘shock elements’. Moreover, the acting in this is top-notch and the movie doesn’t conclude on a cliché. Furthermore, it’s been said in the past that this movie is cursed because people who were involved either directly or indirectly with this movie have faced some sort of tragedy.

This movie made me become a Roman Polanski devotee. Like The Exorcist, Rosemary’s Baby doesn’t need to remind you that it’s scary every 5 minutes or so, the story meanders cautiously towards the horrific  event that turns the protagonist’s life topsy-turvy. A pretty voyeuristic approach was adopted in the making of this movie and let me tell you that it paid off, because the best way to leave a mark on someone’s imagination is to make room for them in the story.

Rosemary’s Baby is one of those movies that will come up in any discussion on horror movies you will ever have; it’s unique, it’s genre defining and it finishes on a cathartic note. And some might even find themselves questioning the authenticity of the ‘fictional’ tag, because a little research down this road would reveal certain facts about the elite and their affinity for satanism…Oh I’m sorry for bringing it up. Let’s move on to the next movie on the list. (*cough* The Bohemian Grove *cough*)

If you’ve never heard of Alfred Hitchcock before, brace yourselves because you’re about to experience magic. Psycho is so good that Hollywood is always riding its coattails by rehashing it and revamping it but to be honest their version will never be as good as the original one. Psycho is the unnerving tale of a really disturbed person (no, not like your neighbor). That individual takes the Oedipus Complex to a whole new level.

As far as the story goes, the pace is very enjoyable as well as being aesthetically pleasing. The ‘shock elements’ are used generously towards the end, which makes for a pleasant conclusion. Psycho, unlike Rosemary’s baby isn’t as voyeuristic but it does leave a psychological mark-you will find yourself guessing the Modus Operandi of the main lunatic and at the end you will be mindfucked.

Based on Thomas Harris’s exquisite book series, this movie is the bee’s knees. While it adopts the quintessential ‘thriller movie’ pace, the story arc of the main character, Clarice, is poignant and symptomatic of everything that is about to go wrong. But why am I talking about Clarice when the lead creep in this movie is the notoriously charming Hannibal Lecter? Well, because the movie itself isn’t about the morbid pulchritude that he is; it’s about the investigation and all that shebang to hunt down the other creep, Buffalo Bill.

Hannibal and Clarice’s relationship is atypical to begin with and the limerence he exhibits towards her will fill you with dread about poor Clarice’s future. The ending is bittersweet, which is why this movie is on the list.

David Lynch’s introspective film isn’t often labelled as horror but if you find the vastness of the human psyche somewhat conducive to horrible expressions, then it definitely deserves that label. Mulholland Drive is about the tragedy of losing yourself to your fantasies and there’s no silver lining in that-It’s utterly bleak. For something to be horrible, it doesn’t have to be other-worldly because the real world is pretty dreary and dangerous to begin with. (Schizophrenia-hello?) (No disrespect to schizophrenics)

Mulholland Drive is about two realities which are diametrically opposed to one another, highlighting the psychological dichotomy of the protagonist. Although to be fair, this movie is open to diverse interpretations as it’s pretty allegorical.

This one hit the mainstream but for all the good reasons. The Conjuring is a classic, despite being a tad bit trope-y. The reason why it’s so scary is because while it does use a gratuitous amount of shock elements, it does so at the expense of a monotonous timeline, thereby keeping audiences entertained AND scared. And who doesn’t love great costumes and deranged looking demons taking the piss out of rustic people? (I do?)

Anyway poltergeists are scary creatures and when they’re intent on terrorizing you and your family, they will use all their manpower (demonpower?) to annihilate you. The Conjuring also brings up the age old question-Why the fuck can’t God just kill these fucking demons if He/She is omnipresent as these dubious scriptures say He/She is? Like WHY couldn’t he just bitchslap Satan instead of banishing him to God-knows-where (like where?), when he can still use subterfuge and his legendary social skills to corrupt individuals?

The Conjuring is your quintessential horror flick for a horror-ridden movie night!

If you’re claustrophobic and misanthropic, you will abhor every scene in this movie as it can have a triggering effect (Yes ‘triggering’ has another definition). Misery is based on the novel written by Stephen King and the movie is on par with the novel. The protagonist finds himself taken against his will by a clingy woman (played by the excellent Kathy Bates) and kept in isolation from the rest of the world in a secluded place. He is sequestered in an old-fashioned room, with no hope of ever seeing the light of the day.

But owing to his quick witted reasoning, he tries to outmaneuver his psychotic abductor several times. Misery is an epic, memorable movie that does justice to the genre.

Stanley Kubrick (the legend not the man) was the originator of some of the best cinematic exploits in history and his foray into the horror genre produced one of the best horror movies ever. The Shining is based yet again on the novel written by Stephen King (for a better horror experience, maybe you should read you dweeb) and it’s about the demonic possession of the protagonist (played by the amazing Jack Nicholson) as a result of occupying a haunted Hotel during a particularly devastating winter. These spirits mess up with his mind to the point that he is compelled to go on a good old murder spree. The events that ensue are probably the most visually jarring scenes in the history of cinema, for they encapsulate everything that’s bone chilling about horror movies. Need I say more or are you sold? Oh and the lead actress in that movie, Shelley Duvall is emotionally scarred from acting in that movie (her words, not mine). If you’re thick skinned enough, you will watch this movie, if not, you don’t know what you’re missing.

Another Hitchcock classic, The Birds is most famously known for its excessive use of build-up and anticipation leading to crucial scenes. As the title suggests, there are birds involved in this movie (we can’t be sure that no birds were harmed as it was 1963, sorry PETA), and those birds are driven by a supernatural force to wreak havoc on their enemies or mere strangers, as it happens, their intentions aren’t really made clear.

In spite of that grey zone, The Birds is a very exhilarating movie to watch on a Saturday night when it’s cold outside. Alfred Hitchcock was quite honestly a maestro of the genre, so you can expect that The Birds is tantamount to the apotheosis of the genre.

M. Night Shyamalan’s career peak and possibly the only decent project he’s ever made, The Sixth Sense’s surprise ending is just everything. Shyamalan reinvigorated the genre by deploying some of the best elements of a horror movie-decent plot, relatable characters and a jaw-dropping climax. The Sixth Sense puts its innovative story in the limelight and lets it unravel in a timely fashion, ensuring that audiences will keep up and not get bored. It’s the very opposite of Shyamalan’s latest flick, Split, a horror movie which is only labelled so because it’s so bad that it induces horror.

The Sixth Sense is a gripping tale of redemption after death and it certainly won’t disappoint.

Lukshana Gopaul is a 20-year-old woman who writes mainly for pleasure. You can check out her work at www.plagform.com.

10 Horror Movies That Are Quite Simply, Completely Overrated

23 Terrible Movies So Bad You Absolutely Have To Watch Them