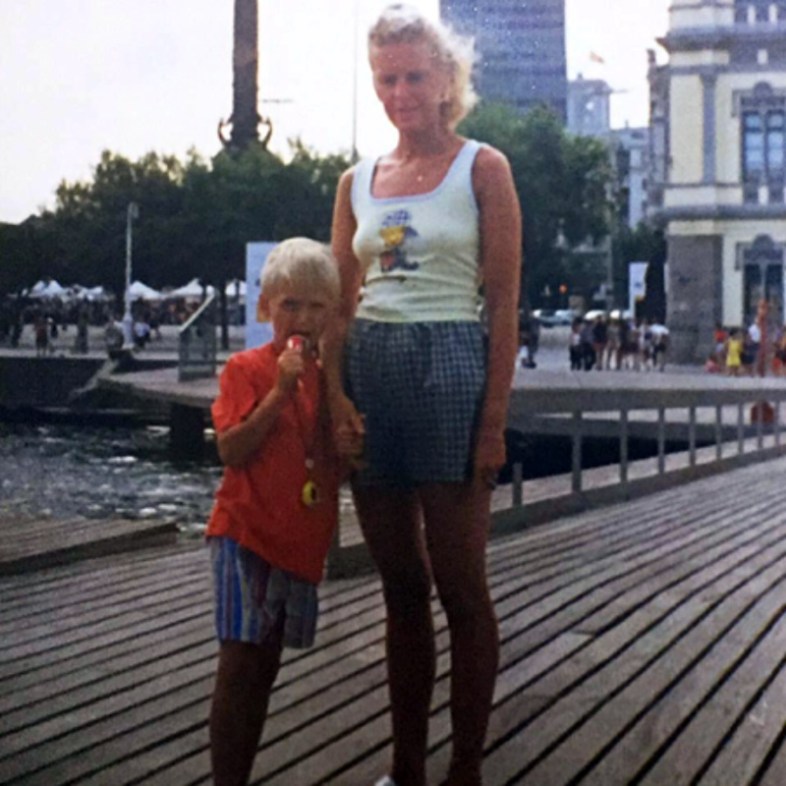 It’s been four weeks since my mother died, and grief has become a close companion of mine, not like a friend, more like someone that stalks me and waits until I have my back turned before they strike.

I am 24, and my mother was 44. I always remembered how old she was because it’s exactly 20 years older than me. I have an older brother who is 27 and three younger sisters, 17, 13, and 8. My mum had my brother when she was 17, and by today’s standards that might seem shocking, but she wanted to be a mother and that’s what she spent her whole life being.

In October 2014, we heard the news that she had cancer. It had spread everywhere in her body, including her brain, and there is nothing they can do. It was then that I first met grief. I grieved already for the future she will miss, for my sisters’ childhoods she won’t get to see, but they always say don’t grieve them until they’re gone, but grief still paid me a visit every now and then.

By the end of the two years she was left bloated from all the medications, she had a hole in her head from three brain surgeries, and as she grew more and more tired she retreated and spent more time in bed.

The last week of her life went quickly. Every couple of hours she came closer and closer to the end, until she could no longer keep her eyes open, and of course, eventually she took her last breath.

Now four weeks have gone and it feels like a long time, but it’s nothing compared to eternity.

I wake up. I had another dream about her.

She finds her way into every dream I have, seemingly unaware of her own death. An unimportant dream of flying on a plane becomes monumental when I turn to see my mother’s face as she sits next to me. She looks healthy and holds my hand. In this moment of dreaming I am also unaware that everything is back to normal.

Waking up from these dreams is one of the cruelest parts of losing your mother, when the warmth in your body grows cold and your stomach feels like there is a fish flapping its tail in there like it’s been ripped out of the water. Images of her smiling, healthy face are soon replaced by that of her lying in the casket when I saw her in the chapel of rest two weeks after she died, and for a moment everything in me stands still just like her body.
But my alarm is ringing and I have to get up—probably for the best before these thoughts consume me.

I’m at work, I don’t want to be, but it’s kind of a necessity. I spend my day pretending everything is normal, and I have 5 minutes here and there when I focus on something and forget, but grief is always standing over my shoulder, and we all know how hard it is to work when someone is standing over you.

The condolences from people have near enough stopped now, no one asks how I’m doing anymore (and good because I don’t want to talk about it), but once in a while someone will try to give me some advice, sometimes helpful, sometimes not.

When people say things like “at least she isn’t suffering anymore,” it doesn’t bring me any comfort. It reminds me of how much she suffered and how it wasn’t a quick sudden death but one that came slowly over two years. Yes, she isn’t suffering anymore, but she also isn’t alive anymore, she isn’t watching her children grow up anymore. Knowing that she was going to die has not made this any less painful, because now I am left with memories of her when she was ill, and for some reason my mind can’t see past that to the happier memories before the cancer. But nonetheless, they have tried to help me and I have to thank them anyway.

I’m home from work. I somehow made it through the day. I message my friends because I don’t want to spend the evening alone with grief. I go to my friend’s house and we sit and watch TV. I don’t feel like doing much else. Your friends become your rock in times like these, you can tell them what you’re thinking most of the time. You can’t tell your family how you can’t get the image of your mother’s dead body out your head, because you know that if they are not yet thinking it they will after you say that. I don’t have many friends, but I’m lucky with the ones I do have. And for the friend I have who also lost her mother to cancer, a simple reply of “I know” brings comfort, because I know that she really does know.

I have to settle down for bed, but sleep doesn’t come easy. I have never been a good sleeper. If there is anything unsettled in my mind, then the two things to go first are my appetite and my ability to sleep. I haven’t slept properly in months, actually. My mother wanted me to stay positive after her death and be happy, but I can’t help but feel weak and vulnerable.

When your mother dies, so does the womb that gave birth to you. She has always been there behind me, with me as an extension of herself, an addition to the family tree. Now that she has gone my back feels exposed. Where she once stood behind me now lies a vast space that all kinds of sorrow can fill.

I didn’t cry today, but I feel sadder than I did two weeks ago. It’s a bit like the longer you are awake the more tired you become. The longer I have been away from my mother the more I miss her and the deeper the pain feels. This is the longest I have gone not hearing her voice or seeing her face, and to know that this is forever is the hardest part to swallow; in fact it’s impossible to swallow. I guess the whole point of grieving is to cut it into pieces and swallow it bit by bit.

I will scroll through Facebook long enough to find something to distract me. I will listen to a podcast or read a book, but as I lay there, grief sits on the end of my bed waiting until tomorrow to spend the day with me again.

What I’ve Learned About Grief, As A 20-Something Who Lost A Parent