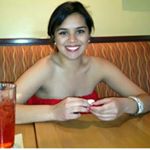 That someday that we all dread as human beings arrived for our family on April 27, 2021. My brother, Lawrence, passed away suddenly at the age of 49.

Admittedly, I was stoned off my mind before I received the dreaded call from my sister. “He is gone,” she simply said. Her cries right afterward became deafening to me. I remember feeling really cold immediately and thought to myself to grab a jacket because I started shivering. I also remember staring at my white walls, feeling really uncomfortable at that moment, thinking that I didn’t want to be in this situation any longer, as if his death was something that could be taken back. As if we could reverse time.

“I don’t know what to say,” I said. She cried even harder. I tried to process what one of the hardest things a human being must process: losing someone you love.

A month and a half has gone by since his death, and I am still not sure if I have even processed it, because the truth is, I never want to get over my brother. In fact, I have taken the opportunity to immortalize him in any way I can. I got a tattoo of his first initial and a commercial plane on my arm. A plane because his lifelong dream was to become a pilot, something he was finally going to pursue right before he died.

I share images of him whenever I unearth a photo on my social media. I talk about him with my significant other, best friend, even my boss whenever I have the opportunity.

When I am alone with my thoughts, I try to hear him tell a joke because I never want to forget his voice and what it sounded like. His laughter was so distinct that it made you start laughing too.

When you lose a member of your family, everything seems shot to shit. When you lose someone you’ve literally known all your life, someone you grew up with, someone you call when you have questions about your car, or someone who would drive from Las Vegas to LA overnight just to see you and bring a birthday cake for your 30th birthday, the world just does not seem right, nor will it ever be.

The best way I can sum up how I feel is through a song by Queen: “Is this the real life, is this just fantasy? Caught in a landslide, no escape from reality.”

We as a family did not just suffer a death, we suffered a tragedy. The kind of tragedy you hear happens to other people and their families, but not to you, and certainly not to your family — the people you love the most.

We suffered the kind of tragedy where we all received an unexpected phone call in the middle of the night that resulted in devastation and changed our lives in an instant. The world as we know, and the life we have always known, has all just turned to shit suddenly.

He died of an accident. Why? No one knows yet. The autopsy results are going to come in a few months from now.

But my brother, who was only 49 years old, was so much bigger than this. He was so much bigger than his accidental death. He was larger than life. The life of the party. The guy that everyone loved and said nice things about while he was still alive. He was the person whose loss can be significantly felt more than just from his family, but everyone who he has encountered in this life. Because he really was one of a kind.

He was also a family man and he loved all of us. He transcended love and always made sure our family stayed connected with one another.

But now he’s gone, and I am not sure where to place my love for him. Dealing with the death of my brother has incited in me all kinds of different emotions. The world without him in it has been weird and is a little less bright.

Although I am still trying to figure out how to adjust to my new normal, I hold on to the gratitude I feel that he was here and that he got to be my brother in this lifetime.

The world will always feel weird without him in it, but I will always be thankful that I got to be his baby sister for a short while.