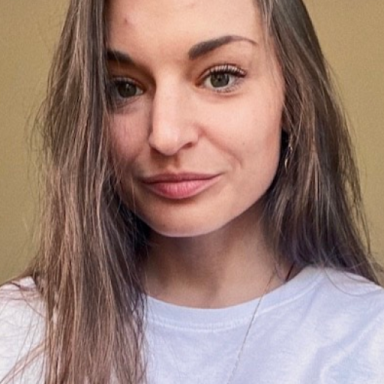 the first time i had my earphones in.
i don’t think i got round to turning the music on.
i walked the aisles and repeated, “this is weird,” over and over.
an hour later my mouth was empty of vocabulary.
i sat in my car, and started the engine.

the second time, i went with you.
i told you it would be weird, so we walked in together, holding hands.
crates were upturned.
i can’t remember what you said, but i know it didn’t take long for your words to stop dropping, too.
you took a photo, and we stood still, hugging in the fruit aisle.

by the third time, we were overestimating what 2m looked like.
we were nodded in, and i said something unfunny about aldi being a shit nightclub.
inside, we probably said, “this is weird,” again.
and it was, wasn’t it?

the fourth time we were naïve.
the ground was freshly painted with lines, and we realized we couldn’t go in together anymore.
you gave me the car keys, i gave you the list;
when we got home, it was still missing ticks.

now it’s two separate lists, and two sets of bags.
before we go in, i recite the rules to you like an old coach wanting to change careers.
the first time we queued apart, we pretended to not know each other, and i asked you for your number.

i covered my lips with a scarf and smiled beneath it, but all you could see was a little curl in my eyes. i turned back, and watched a woman wrap a long-sleeved top like a balaclava across her face, wiping down a trolley and smothering herself in sanitizer.

i turned back to you, and we smiled in solidarity.
beneath my scarf, i mouthed wordlessly:

A Love Letter For Sensitive Souls