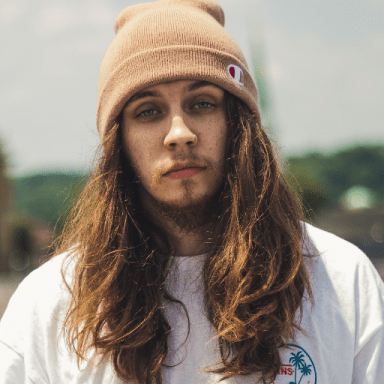 When we hear the term “anxiety,” we tend to conjure up images of someone who is shy and reserved. We picture people who like to stay in their rooms and try to avoid dealing with society as much as possible. People with anxiety are normally isolated and far from sociable, right? As someone who has dealt with this issue, I can say from personal experience that the typical stereotype of being a “loner” isn’t always the case. In fact, the most angst-ridden person in the room could very well be the most happy and outgoing.

As someone who didn’t have to deal with anxiety until way later in life, I am fortunate enough to understand I had it easy compared to some people. Many others who deal with this mental affliction had to go years just assuming they just weren’t normal. Often they wondered why they couldn’t interact with others the way everybody else seemed too. However, since coming to terms with my issues, I found myself in a whole different battle.

Growing up, I found that I was quite the opposite of what most people would envision when they think of someone with anxiety. I was miles away from being the person I later developed into. When I was younger, I would enroll in every activity that mildly interested me. I was involved in many organizations, from student government to school productions. Nothing about me screamed anxiety even in the slightest. My social circle definitely didn’t lead anyone to believe otherwise. Back then, I had friends in almost every social circle. We would all hang out often, go to parties, and just do typical teenage stuff. It was certainly not the behavior someone labeled “anxious” would have.

Developing into my young adult years was rough, though. I was filled with so much uncertainty and doubt that, for the longest time, I felt like I was aimlessly walking about life with no actual purpose. Trying not to take things for granted, I wrote off every hardship that was thrown at me as something I deserved, or I told myself that things could always be worse. Never the one to be true to myself, I was always allowing whatever negative feelings I had to fester in the back of my mind. After all, I had plenty of friends and a great social life. Why should I be so negative? So I pushed on with a smile on my face and the usual upbeat personality that people came to love.

I began to sink deeper and deeper. I would go to events with the biggest grin in the room, just to be freaking out on the inside. Showing up to work got harder and harder, because as I tried to make my coworkers laugh, I would feel like I was dying on the inside. Just don’t show up—what good does this job do for you, anyway? my brain would whisper to me. Eventually it got to the point that even things I loved doing were being affected. I would drive to business meetings with the biggest knot in my stomach, and every hobby I came to love just felt like a chore. I was stuck.

It wasn’t until later that I realized that what I was doing could easily be considered a coping mechanism. Often I would make jokes to try and make people laugh whenever I felt slightly uncomfortable in any social situation. I pushed myself into doing things others expected of me, because why would they know any different? They’d known me as a massive extrovert for my entire life, unafraid of almost anything—of course I’d be down to do whatever it was they desired.

Each time I would push myself, though, the feelings got worse and worse. Instead of coming to terms with my issues, I tried to bulldoze over them. “What’s wrong with you?” I would ask myself. I found that even walking into class late would send me into heart attack-like symptoms. It wasn’t till I felt like I was on my own that I finally was able to see what was going on.

As time passed, my friends set out in different directions, and I felt my defenses crumble. No longer did I have the distractions, the safety blanket of getting to mask how I truly felt. Instead I would sit and stew on the thoughts in my head alone, finally dissecting all the negative connotations in my brain. Something just wasn’t right. I no longer felt like myself, and I guess for the longest time I knew that. It wasn’t until I felt vulnerable that I was able to actually come to terms with it.

What needs to be remembered is that anxiety, like a lot of mental health issues, comes in many forms. You could have had it for years or developed it later in life. It could be something minute or something severe. It’s easy to deny you have a problem, but you should never write off how you’re feeling. Listening to your instincts. If your emotions and thoughts are saying things they would never say, it can be time to evaluate what is going on.

Feelings and mental health are naturally occurring things. Don’t be hard on yourself just because you’re not the extrovert as you used to be. Yes, it’s important to try and make people smile and laugh, but what’s more important is taking care of your body and mental state. Don’t force yourself into situations just because they’re expected of you. Don’t feel like your darker feelings don’t matter because people only want to remember the positive side of you. True friends will take you for who you are, and if a part of you is a little damaged, then that’s okay.