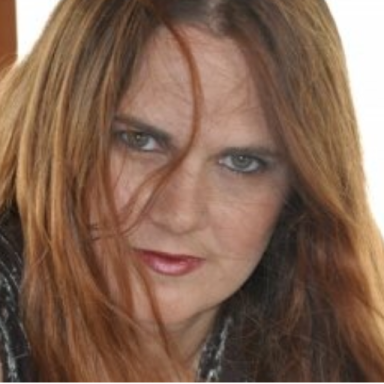 As Randy shook hands with the stranger, his other two friends came into our view.

“This here’s Frank.” Adam pointed to a short, fat, balding man in wire-rimmed glasses, who appeared around mid-fifties.

Frank wiped a sweaty palm on his pants and awkwardly extended his arm for a handshake.

“And this one’s George,” he paused. “Frank’s oldest son,” Adam nodded toward a younger man in his twenties, he was also short but appeared in better shape than his father. George had long brown hair, that he had pulled neatly back in a ponytail and his smile lit up his whole face as he shook hands with Randy.

We introduced ourselves, and they sat at our campfire to share their story of how they got out of the city.

Adam did all the talking.

“We were stuck in an office building; Frank and I work together. We did anyway. Insurance sales, crappy job, won’t miss that. Anyway, George here came over right away when the news started gettin’ real weird and the three of us waited out the first wave.”

He paused a moment, watching us all closely, then continued

“We were lucky we was on the tenth floor of that building. Those things can’t climb stairs too well, and they seem to slow down during the day. So, when the sun came up, we managed to find our way out. Hit up a gun shop on the way out-of-town. Shootin’ ‘em in head does ‘em in, you know.”

“So where did you guys hole up last night?” Adam asked

“We found an armory in town,” Max volunteered and Randy shot him a cold look, causing Max to drop his head

“An Armory? That’s great! I bet you guys found a ton of supplies!” Adam exclaimed excitedly

“Mostly looted and picked over already by the time we got there,” Randy answered annoyed.

An uncomfortable silence filled the air.

Finally, Randy spoke. “So, ya’ll set up camp ’round here?”

“Yeah, other side of the woods, we was out looking for something to hunt. Not much for wildlife roaming around though.” Adam was staring hard at Abby, causing her to scoot closer to Max.

“Well, it’s dark, we should head back. Nice to meet you folks” Adam stood up to leave.

“Maybe see you around!” Adam waved as he turned back to where he had first appeared.

“He gives me the creeps!” Abby said when they disappeared from sight

“I don’t trust ‘em far as I can throw ‘em.” Randy was still staring in the direction they had disappeared.

“No. You need sleep, you need your energy. I’ve had gun training, I’m not a good shot but I would only have to warn them if they come back,” Max protested.

Randy looked at him thoughtfully and nodded.

“Ok kid, but if anything goes down, you wake me up to help you. Don’t try no hero shit,” He said, giving him a friendly slap on the back and Max nodded in agreement.

That night, Abby pulled her sleeping bag close to mine “Sorry Grace, I need someone close or I won’t sleep, I don’t mean to be weird or creepy.”

“Not weird at all, we all feel vulnerable out here,” I reassured her, relieved to have someone close.

Within minutes, Randy was snoring, sitting on a rock with a gun in his lap.

I began to giggle, which prompted Abby to join in “I don’t know but he looks ridiculous and uncomfortable.” I said when I caught my breath.

We slept through the night without incident, and when morning came, Max announced that he had managed to kill 3 of the infected during the night that had wandered into camp.

“I used my knife; I didn’t want to wake anyone up if I didn’t have to and I’m thinking we should use our ammo sparingly,” He announced proudly.

“We should probably move on, I’m worried those guys will come back and this time, it won’t be a social call.” Randy looked annoyed.

“Where are we headed?” I asked as we packed up our gear.

“We need to find shelter that we can make safe and a vehicle,” Randy answered.

“Let’s head west, for now, keep an eye out for large groups of the infected, and those guys from last night,” he added.

We walked on for the majority of the day, stopping occasionally for short breaks. By the time our shadows began to lengthen, and the sky turned a red-orange, I began to notice something odd. We had not seen a single living person since the night before. This was making me uneasy.

“Don’t get me wrong, I’m glad we haven’t seen those guys from the camp but I can’t help but notice, we haven’t seen anybody all day. We can’t be the only survivors out there!” I announced my concerns to no one in particular.

My three comrades were silent a moment, then Randy said

“There are more survivors, of course. We should probably be glad we haven’t seen any of them anyway,” he said bitterly.

“What is with you man?” Max snapped at Randy

“What you mean by that?” Randy snapped back

“You have been doing nothing but talk about how you don’t trust living people and refuse to let anyone else join us. What’s your problem?” Max stopped to face him

“People out there surviving, will do anything to keep surviving. Anything!” Randy wouldn’t look at any of us.

“That includes us you know, we are just surviving, besides, none of us knew each other before this started.” Max sounded a bit calmer now

“That was different!” Randy boomed, causing Max to jump back from him.

Randy stormed off ahead without another word, while the three of us exchanged concerned and confused looks.

We began to follow hesitantly, our trust in him was wavering, he was clearly hiding something.

We walked on in silence until the sun faded, moonlight guiding us through the thick brush, when the smell of burning wood drifted to us from up ahead. Our moods began to brighten as we drew nearer to the rising smoke of the fire, and the sound of people talking got louder and louder.

We came to a line of trees; beyond them we could see the glow of the fire and two, maybe three people sitting near it. As we got to the edge of the trees, Randy shot out his arm to stop us, holding a finger to his lips. We stopped and peered through the trees.

“Hiya gang!” a male voice called out “Come join us, we don’t bite!”

We could barely see the man speaking, but something didn’t feel right.