1. Explain Your Feelings, It’s Okay To Be Mad

“Explaining why you feel a certain way. If they ask what’s wrong with you, don’t just huff and say “nothing”. Explain yourself in an appropriate way (ie no yelling, blaming, belittling). Work towards a solution.

Also what I learned from counseling after a divorce was it’s okay to be mad. So many times I bottled up my feelings with my ex-husband because he would ridicule me if I was mad, saying things like ‘Are you on your period?’ or ‘Why are you such a bitch?’ I’ve learned it’s okay to be mad. It’s a valid feeling, and as mentioned prior, convey those feelings appropriately to work towards a solution.”

2. If You’re Mad, Wait Until You’re Not Made To Talk About It

“Something I learned rather late in my 25 years of marriage is that there are sometimes when somebody says, ‘nothing,’ when you ask what’s wrong can mean ‘look, I am angry, I realize I’m being irrational, but right now I cannot talk about what’s bothering me because I know I’ll get over it. But discussing why I am mad will probably lead to me feeling foolish about it, I’ll flip out, and I don’t want to feel foolish.’

I’m not saying that’s right or mature, but it was never articulated to me that way.”

3. There Are Things A Relationship Cannot Fix

“Don’t get married when you have crippling mental health issues in your early 20’s. A marriage won’t fix it.

Love yourself before you claim to love another.”

4. Don’t Be Emotionally Dependent On Your Partner

“A lot of people do the whole I’m miserable unless I’m with someone’ thing. Puts a lot of emotional dependency on the partner.

I got out of a borderline abusive relationship and spent over two years not dating. It was AMAZING. I got to know myself again. Got to figure out who i was and who i wanted to be, and exactly what kind of person i wanted to spend my life with.

Eventually met him and got married. I knew almost immediately that i was in love. Best decision of my life.

Time to figure out yourself is SO ESSENTIAL.”

“Having separate interests in addition to things you enjoy doing together.

‘Me’ time is important to both people.”

6. Truly Be The Best Of Friends

“I always felt ‘I married my best friend!’ was bullshit. But it’s the most common aspect among my happily married friends. They don’t have to announce this best friendship to the world, you can just see it. They trust, enjoy, and are honest with each other in a way only best friends do.”

7. A Cheater Will Cheat

“If she’s sleeping around, probably not going to be a good marriage. If she’s cheating to be with you, then when you get married, she’s going to cheat again. (Learned both those the hard way, one marriage a piece).”

8. You Will Be Treated As Their Ex Was Treated

“Pay attention to how she (or he, trust me on this) talks about their ex, and how they treated them both before and after they broke up. They will treat you the same way.”

9. Ask “How Will This Help The Relationship?”

I was married for 25 years, and probably would’ve been married longer had she not passed away. We went through some rough times. Health, finances, poverty, and even some mental health issues where both of us nearly called it quits. But she supported me when I was weak, and I supported her when she was weak, all because of the relationship.

It was us vs. the world, not each for themselves.”

“Regular sex increases bonding: schedule it if you have to. Children are generally harmful to marriages unless you have “me time” and couple time weekly. Be very aware of this, especially with a newborn. Be sure you heave at least 30 minutes a day to yourself, and 30 minutes a day alone as a couple. Focusing entirely on kids will divide you, not unite you. Your spouse is more important than anyone. You don’t want to have your kids move out and to find out you live with a stranger that hates you. I learned this from my divorced friends with kids.”

11. Simple Acts Of Kindness Are Enormous

“After divorcing my wife and I went through about 5 years of hell with each other fighting in court over custody and general bullshit.

The thing I took away from this is simple acts of kindness even towards people you don’t like can have some crazy effects.

Needless to say I am happy to say we have gotten back together and are raising our daughter together like it should be.

All it took was a kind phone call and trying to reach peace that eventually got us dating again. It’s been 6 months and things have been great.”

12. It’s Up To You To Make Sure You’re Understood

“Good communication is essential. You can’t just say something and hope for the best. You need to be sure the other person has understood you and that you have understood them.”

13. You Have To Be Committed

“Commitment to the marriage. Marriage is hard work, if you have one foot out the door – the relationship is doomed. Divorce shouldn’t ever be threatened or considered as an option going into it. That’s what defines a commitment to begin with, it’s what it’s all about. Too many people do not take it seriously enough.”

14. Guidelines On How To Make Sure They’re The One

Any relationship that looks like a lot of fun is probably not good long-term potential.”

16. Put Your Fears Aside

“Communication about EVERYTHING. And put your fears aside and be vulnerable.”

18. They Will Not Change So Be Able To Accept Them

“You will never change the other person. Acceptance and tolerance. Being ‘there’ for them.”

“Love isn’t enough. You have to have mutual trust, mutual respect, and honesty in your communication with one another. You can love someone to the moon and back, but if you lie about important stuff, or avoid talking through the big things, or make them feel like shit, you’re gonna have a bad time.”

“Keep the lines of communication open, even if it’s uncomfortable, even if that thing in the back of your mind seems tiny or like maybe you’re just imagining things.

Could have made such a big difference if we just talked more often and were more open about things we were thinking, instead of letting them build up.”

21. Speak To Their Love Language, Not Your Own

“It doesn’t matter what you think you should do to show you care. What matters is what your partner wants you to do to show you care. For example I think buying flowers is stupid and leaving love notes is a waste of time. However she wanted those things. She wouldn’t have minded sharing other responsibilities that I would take on to show I care and she never realized that’s what I was doing. Buy flowers, leave love notes, run her feet, make her dinner, do whatever it is that she perceives as showing you care.

Tell her you love her. Tell her she’s beautiful. Tell her how she positively effects your life. I always felt like if I said it once and nothing has changed then it still stands. I’d mention these things now and then but not like she needed. If it’s good and you think it, then speak it.”

22. Relationships Are A Choice

“My husband and I dated, lived together and bought a house together before we ever got engaged in the 7th year of our relationship. Marriage doesn’t have to be “the logical next step”. It should be something two people do when they feel like they are ready to make a huge life commitment to each other and want to do that. Marriage was right for us and we did it in our own time. For some people, marriage might not even be necessary. If it doesn’t feel right, don’t rush into it.”

“If you fight more than you fuck, it’s time to take a real long look at yourself and each other.” 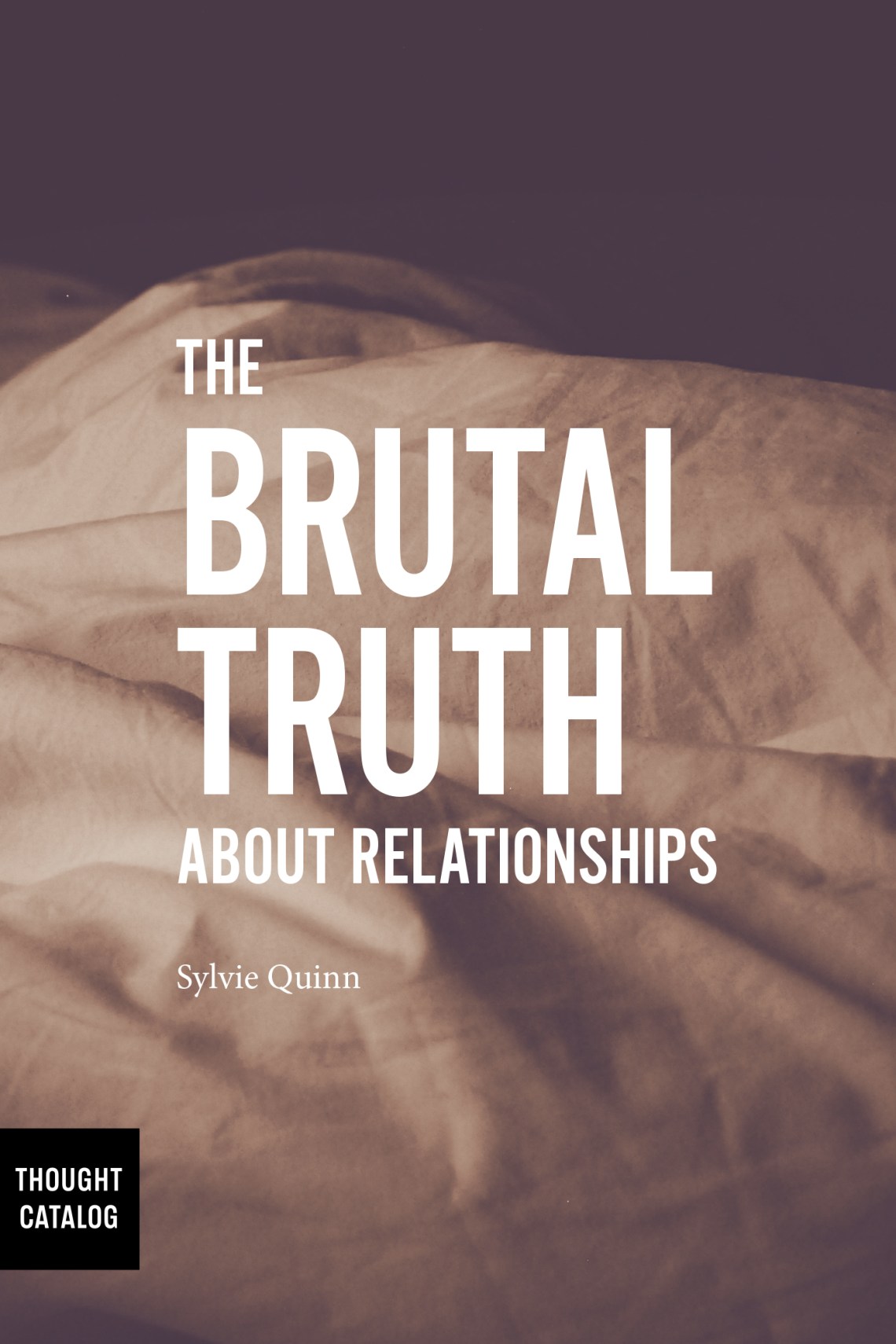