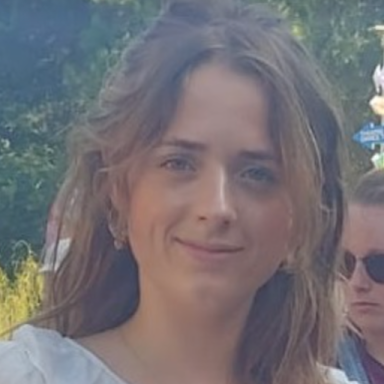 I laughed when one of my close friends the other day said to me, “I like the way you are soft.” He paused, then added, “But far from weak.: I asked him what he meant. He told me I should figure it out myself. Ever since then, I can’t stop thinking about it.

I always thought of strength as a tornado — the moment it appears, you’re swept away. You can’t ignore it, even if you wanted to. You’re caught by it and feel like the smallest person in the whole wide world. Strength is a firm handshake, a loud voice, a strong opinion. Strength is the person everyone wants to be. At least, I do.

I’m usually more quiet than loud. More slow than fast. More agreeable than opinionated. More of an observer than an active participant. I’m far from a twirling funnel of wind with crazy speed.

But I want to be. So I’ve been trying to see it as a game: Get close to people who possess this bit of magic. Learn from them while wondering what they do that I don’t. First observe, then imitate — run, jump, raise my voice, share a strong opinion on every topic. Question others. Show the world I can be strong as well.

At the end of every day, though, I feel exhausted. Trying to be someone you’re not is uncomfortable, and not in the way that it’s just part of the game. In the way that it makes you feel sick to your stomach and angry. Angry at yourself for not being able to keep up with what seems to be so natural to other people. The critical voice in my head goes, “You see? You’re weak. You don’t deserve to speak.”

But there’s also another voice that whispers. Usually when I’m sitting on my couch in the evening, it asks me questions like “Don’t we need the loud and the quiet? The fast and the slow?” I never gave it a turn to speak. But for once I just did, because apparently clarity is what I seek.

The whispering voice told me about another friend of mine, quiet yet so persistent, moving on with life after a big loss. A family member reconsidering his career path while not knowing whether it will give him the same benefits as his current one, but still giving himself space and time to explore — being soft on himself. A super bright girl giving a presentation last week, talking calmly and quietly yet so passionately about an amazing project she did. Admitting when she didn’t know an answer. Not being loud, but still showing up for herself. And damn, I look up to her.

So, it might be time to reframe. Maybe this is something I need to learn: Strength is more than just a tornado. Sometimes, strength can be found in a soft whisper as well.

My friend’s comment might actually be the biggest compliment I received this year. There can be strength in being soft. Even I can be strong by just being me.