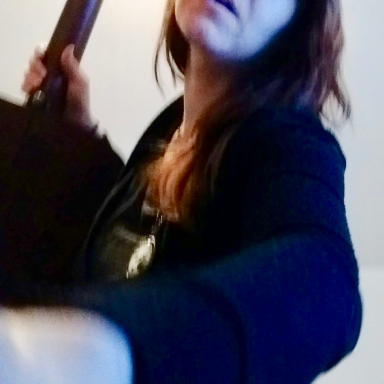 It’s been a heavy day.

It didn’t start that way.

I woke up at a friend’s after a party.

I party a lot these days because I’ve come to realize the importance of appreciating good times with good people while you have the chance.

I drove home in the morning to get ready for a baseball tournament I’d agreed to play in for a little girl who has leukemia.

A little girl, still in diapers, being treated for cancer.

So we were raising funds, through baseball, and while it helps, it’s not the answer.

It won’t guarantee a cure, but hopefully it helps the family to know so many people are behind her. And the funds raised should ease the financial burden in some ways. So there’s that, at least.

Truthfully, I’d never met them; I didn’t know the little girl. But I overheard bits of their story, as her mom pushed her around in her stroller and socialized, along with her father, with friends who were out to support them.

A day of fun for a family who was having none.

I ran into the little girl and her mom in the restroom. They were both polite and sweet with each other and with me. A typical mom and daughter exchange. She didn’t want her diaper changed. The mom and I had to cross paths as she carried her daughter to the changetable and I went to dry my hands. I paused to let her through. She paused for me.

She paused for me.

How a mom with so much going on and a child in her arms could have the common courtesy to wait for a stranger to go ahead of her is beyond me.

Of course I insisted she go first. What kind of person would I be if I hadn’t? How could she expect anything less?

How is this world such a mess?

Before I made it to the ball diamond this morning, I’d been hit with bad news closer to home.

A man who had been like family to me died last night. And though I’m not sure, I believe he may have died alone.

It doesn’t feel like very long ago we would all be together whenever families were supposed to be. Christmas time, particularly.

It seemed to start to fall apart when my mother died (of cancer which originated in her colon), though I’m sure the seeds had been planted prior to her passing.

Two couples’ marriages in the family have ended since that time. And last night it was a member of one of those former couples who died.

He also had cancer. I was told he died of an infection. I don’t know the details; I don’t know if it was related. But I don’t believe it would be farfetched to think it was.

And I didn’t have time to process it all as I quickly put my contacts in and dressed to make it in time for baseball.

But it hit me in waves throughout the day, and I wasn’t sure who I should talk to about it, or what I should say.

We live in a relatively small community, and at the tournament I saw a few people I’m sure he knew. But did they know what had happened last night? Should I be the bearer of bad news?

I didn’t; I kept it to myself. They would find out with or without me. And while it affected me deeply, it wasn’t about me.

None of this is about me, and yet I felt it all so personally.

I guess that’s what it means to be part of a community. We take on each other’s pain and sadness, but sadly I didn’t know someone so close to me was so close to the end of his life. Had he been in the hospital long?

I would have visited.

But that’s just it. We don’t know when things will come to an end, so we need to celebrate and appreciate all the people in our lives. Live like you mean it and soak in all the good times. Hug extra long and look each other in the eyes.

Christmases for me will never be the same, but our lives are in a constant state of change. I have been so lucky and blessed to have the times I did with the people closest to me, and times like these are reminders of who — not what — should be a priority.

Former reporter, now I written about things I care about.