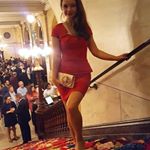 Our good friend, Sir Isaac Newton, defined three laws of motion in his lifetime, but for the sake of this article, I’ll list the two that are the most relevant:

1. “Every object persists in its state of rest or uniform motion in a straight line until it is compelled to change that state by forces pressed upon it.”

I’m not usually one for science, and definitely not one for physics, but rain on a windshield seems to catapult my thoughts into unusual and profound places. The thing is, I feel as though there could be yet another law of motion that Newton overlooked, and I define it as the following:

“At least one concrete thing in our world must constantly be in a state of motion at any given time.”

Motion defines life as we know it. We physically move as we walk from Point A to Point B, as we make new places our permanent or semi-permanent homes, as we get into a car or on a train or a plane and travel faster than Newton probably ever believed possible to our destinations.

When it rains – when those droplets of utter transparency come flying at me as I drive aimlessly down flooded roads – it’s as though their steady motion is giving me permission to halt my own forward movement, and the streets become unusually quiet as I block out their sound to live in the vibrancy of my mind’s winding mazes.

1. “Every object persists in its state of rest or uniform motion…until it is compelled to change that state by forces pressed upon it.”

And really, didn’t Newton hit the nail on the head? Even if we’re not discussing a physical object – a picked flower, a chopped tree, or a wrecking ball swung to obliterate everything in its wake – can’t this law also apply to the fragile, ever-changing states of our own lives? We rest in one attitude for so long, growing more and more comfortable under the same conditions that when they suddenly change, we change, too. We cannot remain the same when life compels us to change under new pressure, whether it’s the pressure of a new place, lifestyle, person, or absence of a loved one. When something suddenly shifts under the relentless force of life, everything else shifts around us like an unforeseen domino effect. As humans, we adapt and move on, or we withdraw and perish. Regardless, we will never be the same as we were before the intruding force that changed our “resting” state.

Reactions: you raise your voice as the storm escalates, and he raises his just a level louder. He leaves, and you fall apart on your bedroom floor as you officially hit rock bottom. You quit your job and promptly set off to travel the world – or at least a little more of it. You lock eyes with a familiar stranger in a crowded bar and the edges of your vision soften, creating tunnels to this inexplicably captivating person you’ve never met before. You start singing in a well-worn passenger seat to an overplayed Bryan Adams song, and he turns to look at you because nothing makes him feel more alive than the curve of your smile. You leave home for the first time, and you reach for the phone at midnight when you decide can’t take the loneliness of a foreign city anymore. Your grandma dies, and you set off running down a hospital corridor, because nothing can really touch you or hurt you anymore if you’re in motion.

Motion. It is the force that drives life forward when we are clinging to the edges of our unresolved histories, so reluctant to let go for good because it means the resignation of life as it once was. Still, whether we’re ready to move on or not, this constant trajectory of life shoots us into our next destiny and leaves us standing at doors that were always destined to open for us. And once we walk through them, the force of the conditions of a brand new life moves us still onward into a dazzling infinity.

"I can do all things through Christ who gives me strength." Phil. 4:13