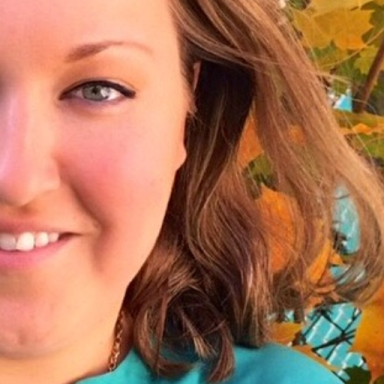 This is not an inspirational story. This is not a tale of someone overcoming their fears and facing their anxieties head-on. This is a narration on the feeling of pending doom. On battling a monster that has always been there, but has powered up for the Boss Fight. This is a story about barely hanging onto sanity while doubting that I have, in fact, hung on.

As I write this, I fly to Germany from the US in less than four days. As I write this, I feel my life will be over in less than four days. I am not afraid of flying. I am terrified. I am morbidly and paralyzingly panicked about everything that could go wrong. An engine could go out. A missile could hit the plane. A terrorist could be on board. A panic attack could cause a heart attack. Anything, really. My anxiety is not picky.

I am an emotionally intelligent person, and rational enough to know that I will most likely be fine. My biggest problem will probably be along the lines of an annoying seat neighbor or the lack of healthy food choices at the airports. I know the stats and cannot count the amount of times someone has reminded me that more people die in car crashes than in plane crashes. I hate that statistic. First off, more people are in cars at any given time. Secondly, more people also survive car crashes than plane crashes. But I digress. Logically, I know the chances of something happening to me on this business trip are slim, but they’re not zero, and I cannot focus on anything other than the clock that is counting down to my perceived demise.

Anxiety is a bitch. Medications, meditations, and positive affirmations be damned, my anxiety is a fighter. You think she’ll wear out over time? No way. She only gets stronger over long periods. Think I can distract her by focusing on happy thoughts and doing things that make me feel good? Think again. She’ll sneak up on me in the middle of a fit of laughter to remind me that this might be the last time I laugh like this. And then I cry and hide the fact that I’m crying because what kind of person just starts crying in the middle of laughter? My fiancé does something nice? Tears. The cat cuddles me? Tears. Thinking about leaving those two behind to take care of each other? Rivers of tears.

I’ve known this trip was coming for roughly three months. I accepted the position of running the US division of my German company’s supply chain department knowing that I had to go to Germany. Three months ago, I knew I didn’t like flying, but I had no idea it would turn into this. I do not have the words to adequately explain my fear. It is a gravity blanket from hell covering every inch of my body. It is a constant reminder of regret. It is a ghostly hand grabbing at my throat, choking me with such force that inevitable death almost seems welcomed just so I don’t have to feel like this anymore. It has consumed me, and is all I can think about.

In preparation for my trip, I have paid off credit cards, have written goodbye letters, have cleaned the house, and have spoken endlessly to the unlucky few who continue to listen. I also did a weird thing where I bought a bunch of toilet paper because at least he won’t have to worry about that for a while if I die? Look, I already admitted that I am acting irrationally. Quit judging me. Grasping at the shred of humor aside, I can feel myself behaving in an unreasonable manner. I see and hear myself, but I cannot stop. Self-diagnosed as Aerophobic, I have reached out to holistic practitioners to try to get on the schedule for hypnosis, or acupuncture, or Reiki. What I’ve not done is reach out to a medical professional because…reasons. I don’t have time to be “cured” of this, and I don’t want to increase my anti-anxiety meds. Is that stupid? Maybe, but let me remind you that I am aware of how I am acting. I just can’t stop.

In all of this, I have come to realize something unexpected. I’m afraid of flying because I’m afraid of dying, sure. But I’m afraid of dying because I’m happy. Or at least about as happy as I can be. For the first time in my adult life, I feel relatively comfortable saying that. Obviously you know nothing of me, other than the fact that I’ve prepared for my own death by buying toilet paper in bulk, but this is a big deal. I never thought I’d get here again. Are there bad days? Absolutely. I don’t think anyone ever really gets “over” depression. It’s always there. Always ready to surround you in its void. But for the most part? I’m okay. Y’know, other than the fact that I am convinced I’m going to die in four days.

So if these are my last few days on earth, I will go out with some regrets. I’d regret not marrying my fiancé in time. I’d regret taking this job for obvious reasons. I’d regret not telling everyone that I love them enough, because it’s never enough. And I’d regret spending my time locked in fear instead of trying to live. But these are the mental cards I’ve been dealt, and it is my reality, as irrational as it is. What’s going to happen? Only time will tell.

It would be unwelcomed but poetic irony to survive the plane trips, only to die in a car crash on the way home, though, wouldn’t it?