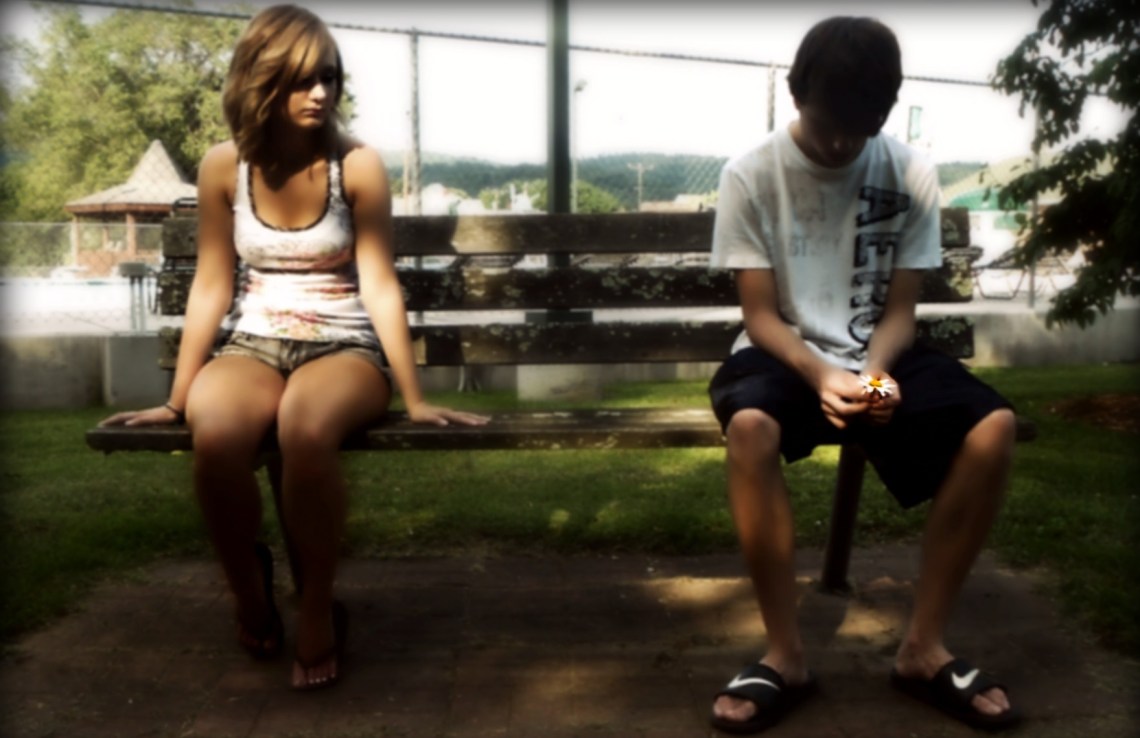 All the exhausted love songs you’ve listened to all your life prepared you for this. You should be prepared.

But you never thought it would hurt this bad. You hear yourself saying those words and you know that you don’t believe that cliché. But belief doesn’t matter when, somehow, you feel it.

This isn’t like with that smart, charming boy who you loved for a month. It doesn’t hurt now like it did when he left you standing outside talking to a homeless man about drugs in your new silver dress.

This isn’t like that time you fell to the bathroom floor after leaving the train station, after leaving that bearded boy who jumped off your roof one time to help you when you were locked out of your house.

This isn’t like that boy who made you feel lost in a city you were at home in.

This isn’t like that time you had to move away from that troubled kid who sat next to you in band.

This isn’t like that boy who walked out during the middle of a movie and left you in a theater alone.

This isn’t like all those messy, vague, nights that started by reaching for something like lust or like or love, but always ended in hurt and mourning.

It’s a new way you lie there under your sheets with your phone turned off because you simply don’t know how you’d survive if it was on. Everything is silent. The birds outside never sleep, but they’re sleeping now. It’s new that all you can hear is the heartbeat in your ears. It tosses itself between your aorta and your cochlea with every couple of beats. You never understood heartbreak, heartache before, but now you feel it everywhere; in every joint, every ligament, every pore. At least it keeps beating instead of quitting; your preserving heart battering itself against your fragile rib-cage.

It feels how you first felt walking through a haunted house.  You’re scared, terrified and a combustive cocktail of shaky nerves and adrenaline; the running for your life type of scared. It starts in your heart, but reverberates through your fingers, your feet, your knees, your elbows. You’re not sure what you’re scared of this time, but it’s everywhere.

You move to the bathroom. You sit on the toilet, but it’s not good enough. You have to be on the floor. You curl up in the shower and hold yourself like your grip is the only thing keeping the intestines from spilling out. You try to forget how the arms felt when they held you at night. Your eyes are sealed shut, but they can’t forget. You hold yourself tighter, trying to squeegee every feeling out, but it just isn’t working. You’re crying, but it probably shouldn’t be classified as crying. It’s gurgling. It’s moaning. Screaming. Misery. Your heart continues to beat. You gasp for air, but your lungs have failed you.

You throw up. Tears. Vomit. Heartbeat blood still pounding against internal walls you never knew existed. But your arms never let go — still clutching your intestines. This is how it feels.

How the last words of “Goodbye Lindsay, I love you” will never not hurt. I love you with no period at the end because maybe it isn’t really over but how could it not be over it’s totally over there’s no going back not now not ever he could still call you and make everything okay or show up at your door with flowers even though you’re in no state to be seen by anyone but at least it would be a proper end but why hasn’t he even called. And he still doesn’t call. He doesn’t show up with flowers. He does nothing.

Everyone knows about him. Everyone knows. Everyone asks. You’ll have to tell them. “But weren’t you just telling me how happy you are,” they’ll ask. They always ask.

You go to bed and wake up at 3 AM. You try to wrap the blankets around you, but it doesn’t work. Nothing works. It hasn’t disappeared and you can still feel your heartbeat. You go to work and you hold your bladder as tight as possible for four long hours just to spare yourself the risk of running into his best friend on the way to the bathroom. You don’t want to be that girl — the girl who rants about one best friend to another best friend. You aren’t that girl. You can’t be that girl.

You pass the buildings and you remember everything. You held hands and walked here together. You ate lunch here. You stopped to kiss him right at this spot. You’re walking by yourself now. You two had plans to go to this place one day, someday, but someday isn’t a thing you can do anymore. We got lazy investing in “somedays.”

You get home and the fight continues and you realize there’s no going back. You can’t go back. You’ve been going back your entire life and it has to end somewhere. This has to end. Your heart continues to recklessly knock around inside you and finally, at least, you feel something again.