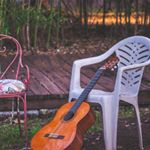 In August of 2017, my dog and I began a four month road trip around the U.S. and Canada. This is just one of many stories to come from that experience. By August 12, 2017, I had already driven from Austin following the Gulf and Atlantic coasts up to Bamburg, South Carolina.

August 12th was an exceptionally interesting and ironic day. I drove from Savannah, GA up the coast to St. Helena Island, which is known for its rural lowcountry character and being a major center of African-American Gullah culture and language.

There, I met Dominique, who worked at the Penn Center, site of Penn School, one of the country’s first schools for formerly enslaved individuals. I stopped to ask her a couple questions, and we ended up talking for what felt like an hour. We talked boys, American history, her Gullah roots, and my road trip. The talk ended in tears and a long hug, which obviously means we’re best friends forever.

She pointed me to a beach at the end of Coffin Point Road, where I could’ve probably gotten away with spending the night, but I ultimately felt I was too close to resident houses so moved on. My dog (Sage) and I did, however, take a long walk down that beach, where we saw two dolphins playing just off shore together and a horseshoe crab!

Side Note: St. Helena Island is riddled with history, culture, preservation, resistance to gentrification, good fish, music, and a ridiculous amount of mosquitos. Go with Deet, and see the Chapel of Ease and Penn School (and say hi to Dominique for me, too)!

Now that I’ve set the scene, here’s where we turn the opposite direction and see the other side of South Carolina. It was getting dark by the time I decided to leave the island. The local Wal-Mart prohibited overnight parking so I set my GPS to Bamburg where I found a free campsite on a local boat ramp.

Yes, I read that the neighboring county of Orange had one of the highest crime rates, and yes, I decided to sleep alone in my car despite that. Call me crazy, but I was tired and on a budget. Also, I like risk and a good story.

When I got to the boat ramp, it was as dark as a yawning grave, but I didn’t know the difference, so I pulled out my lawn chair and cracked open a beer. I strategically placed my lawn chair on the water side of my car so if someone did show up, at least they wouldn’t see me right away. About 15 minutes into the night, two cars came screeching into the parking lot doing donuts and blaring music. I felt my heart pick up pace and sat stoically still, hoping they’d leave soon. When I heard the car doors open and guys’ talking, I did mental gymnastics deciding if I should get in the car and “go to bed” or strike up a conversation and make my presence known.

I decided on the latter. There were three boys – Buster, John, and TJ. They were locals and came down to the river to swim and drink some beers. I immediately felt more comfortable after a couple minutes of talking to them. It was evident they were just young guys who were looking for a good non-threatening time. They were super welcoming and invited me to join them to hang out, so I agreed, and it was one of the most memorable experiences of the whole trip. A couple of the boys found a spot to jump in the alligator-infested river and hunted for crawdads while the other guy and I talked for a good hour or two.

They were the salt of life kind of people – easy, real, and carefree.

The boys got out of the water and joined us by the cars. We continued to hang out, drink, laugh, and talk about how we all ended up on this boat ramp together. TJ told me about his cousin who had died not too long ago. He was a bike guy, and a big group of motorcyclists had gotten together to name this park we were at after him. Speaking of dark as a yawning grave…

I felt relaxed and comfortable around them and was thankful this didn’t turn out to be an actual horror movie.

And then, after Buster disappeared for a minute, he walked back up with a gun in hand.

He had been drinking, so I felt a little nervous. I stuck with a go-with-the-flow attitude to avoid rocking the boat, and I’m glad I did. Sure enough, all Buster was interested in was shooting into the water at inanimate objects. He asked me if I wanted to take a shot, and I hesitated. My hesitation alarmed the boys after I ultimately agreed to give it a go (wasn’t my first time shooting a gun), so all three of them stood by my side holding different parts of this small handgun to make sure I didn’t make any fatal mistakes. After the first shot, I fired off two more, and by that point, the boys stepped back and howled at the sight. They didn’t think I had it in me.

We all hugged, took a photo together, and they eventually headed home. I packed up my chair and laid down with Sage to try to fall asleep, despite the adrenaline still pulsing through my veins. Not long after I laid down and fell asleep,, a gunshot about 50 feet from my window went off and scared the piss out of me. A couple more night fisherman had shown up to drink beer and hang out. I didn’t want to make new friends a second time, so I closed my eyes and hoped they’d be quiet enough for me to fall back asleep. They weren’t.

Despite a smooth experience with Buster, John, and TJ, being startled awake by these other two gave me a chill that I couldn’t shake for the rest of the night. I laid there in a half-sleep for a couple more hours, and around 5AM, the Sheriff’s flashlight blinded me as I opened my eyes to a knock at the window. He needed to figure out why when run, my license plate tracked back to a truck. I drive a Subaru Outback and had bought it brand new, so I didn’t have a good answer for him. That was enough for him to move on.

You may find it hard to believe, but I couldn’t get back to sleep at this point, so I put on my shoes and headed for the first rest stop I could find where I napped until ready to get back on the road toward Asheville. I was desperate for the mountain air and a grassy area where I could set up my tent.

I love mashed potatoes and saying yes to adventures with strangers.