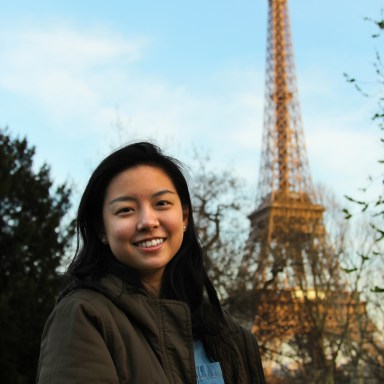 It is a truth universally acknowledged that if you consider Jane Austen to be mere chick lit, then you haven’t really read Austen.

I. Love. This. Watching this production alongside the 1996 Austen adaptation starring Gwyneth Paltrow would probably help Christ Martin write happier songs. Romola Garai’s Emma is graceful yet sprightly, smug yet innocent. Not an oops-I-didn’t-know-it’s-bad-to-manipulate-people innocence, but a guilelessness that heartily repents as it matures. The other casting is also on-point, including Jonny Lee Miller’s balance of older brother and tear-your-bonnet-off stud. Bonus: the soundtrack by Samuel Sim makes me want to bake everybody cookies. This coming-of-age comedy about a wealthy, clever girl who dabbles in matchmaking is a must-see for P&P lovers.

Emma Thompson is fabulous. She wrote and starred in this film, so it’s doubly fabulous. Director Ang Lee shows off his knack for orchestrating complex family dynamics, with the help of an all-star cast including Thompson, Alan Rickman, and a charming, teenaged Kate Winslet. Austen’s troubled Miss Dashwoods, cut off from inheritance by law and barred from love by money-driven social divides, couldn’t have been more lifelike than in this award-laden adaptation. (P.S. I wasn’t a huge fan of the 2008 TV series, with added a sex appeal that the story didn’t need.)

Originally a novel by Elizabeth Gaskell, North and South is angstier, with a plot founded on the struggling industrial class. Mr. Thornton, played by the statuesque Richard Armitage, is a mill-owner with a predilection for raging tantrums. Out of the blue (read: southern England) comes righteous Margaret (Daneila Denby-Asche), who challenges his stubborn views. While Denby-Asche irritates me slightly, Margaret is an admirable heroine and Downton Abbey director Brian Percival works his magic. With poverty, sickness, and mobs, this series is “serious” so to speak, but a squeal-worthy romance to boot.

Here’s one for the more historically inclined. Written by Downton’s Julian Fellowes, this ambitious effort at recreating Queen Victoria’s romance with Prince Albert is as butterflies-inducing as it is visually stunning. Emily Blunt doesn’t disappoint: her lines are so fluidly delivered, her deportment so upright, her movements so measured — even her voice is different from usual. Despite the extraordinary circumstances of Victoria’s life, the screenplay manages to hone in on relatable sentiments. From the actors to music to cinematography, everything in this film spells “graceful” with gold-plated, cursive lettering.

George Eliot somehow often misses out on high school syllabi — probably due to the complexity of her work, but that’s what makes it addictive. This adaptation, directed by pre-King’s Speech Tom Hooper, is an extravagant and enchanting affair. Romola Garai makes another memorable appearance as Gwendolyn, who courts a slimy man out of financial need. Meanwhile, Daniel (Hugh Dancy) is jolted romantically and religiously by a “Jewess.” Although Eliot’s novel has long been praised for its “Gwendolyn half” and questioned for its “Daniel half,” the series paces the two well. Plus, Hugh Dancy is just gaaaaaah.

Reasons to love this film: 1) Set, costume, cinematography: bleak enough for Bronte, vibrant enough to be stunning. 2) Music: composer Dario Marianelli kills it with a haunting orchestral theme. 3) Cast: Mia Wasikowska has just the right amount of awkwardness (not too much) and loveliness (not too less) to be the perfect “plain Jane” when dressed down with puritanical buns. Michael Fassbender is too good-looking for his role, but his harsh voice and movements accurately capture Rochester, who, TBH, is a bit of a psycho. If you enjoy this, check out the critically acclaimed 2006 TV series starring Ruth Wilson, who also makes a fantastic Jane.

Okay, I admit it. I left this one last because of its mixed reception among Austen-lovers. But this film is just so detailed. From the historic sets down to the comical height of Mr. Collins, everything is so meticulously executed. Some dislike Keira Knightley as Lizzy, but I appreciate her spirit and her contrast with Jane and the other 100%-hot-mess Bennetts. Meanwhile, Matthew Macfayden’s rigidness makes him an acquired-taste type of Darcy, which I liked. Though there are some strange moments (“Your hands are cold”), this film is still remarkably elegant. Bonus: Dario Marianelli’s AMAZING soundtrack is my holy grail.