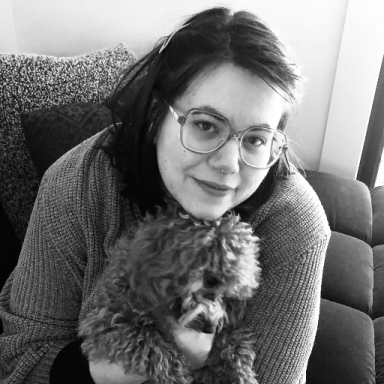 We were low to the ground in the old, red Subaru Forester. The car looked entirely different than its tall and boxy modern counterpart; This one, from 1998, was a shallow, beige cabin with a broken cassette player. I imagined opening the car door, dragging my hand along the highway floor. I would have done it had I not known my hand would come back eviscerated, burning and skinless and mangled from the gravel. My boyfriend and I spent a lot of time driving while on vacation with his family.

The wind smelled hot and thick. We never felt as though we were taking in enough oxygen in Santa Fe. It seemed unusual that air so dense and tangible was so thin and lacking on the intake, at least to those of us traveling from New York, as we had earlier that week. This was all cinematically punctuated by the vast deserts that killed by way of day’s heat and night’s frigidness, casino interiors muddled by stale, settled smoke, the animals and insects that were always considered an immediate threat, yet skulked unseen from scrub to shadowed knoll. It’s tempting to make the claim that one from New Mexico is probably never surprised that nothing is what it seems, that there is a freedom so vast that its own expansiveness can be so punishing.

The air there has a way of drying you from the inside out, beginning with the lungs, crawling up through the throat, and erupting from the mouth like an orange cloud of dust. You don’t so much speak while adjusting to its climate, but rather echo reverberations from the cavities and recesses of your larynx. Many hours of our days and nights were spent on the porch of the large adobe-style house we were staying in for the week. It was fun to look out onto the hundreds of miles of mountains, hills and arroyos, block distant houses and any sign of man-made evidence from view with my hands and fingers. It was as though I were looking down onto earth from the moon, acutely aware of humanity’s collective suspension in irreparable nothingness.

Maybe it was helpful. One starts to see all the ways in which we cannot trust our own senses in New Mexico. My boyfriend’s 16-year-old little sister was going to die of brain cancer in a year and half, but we had not yet known what was imminent. I see her pink cheeks illuminated by the porch light while she watches lighting strike over a town fifty miles away. She ducks and shrieks and laughs when a moth flies toward her face and hovers above her. She rests her temple on her dad’s shoulder. He kisses the top of her head. It is only at this hour we can see the shape of the hills and feel the relief of cool air.

Maggie was her name. Days before the storm pictured above, we had all gone to visit a small chapel an hour north of Santa Fe in a town called Chimayo, known for its ground chilis, its charmingly desolate village, its old-world reverence toward austerity and tradition, and this chapel, which was famous for its supposedly healing dirt. The Santuario, as it was formally called, was a narrow clay enclave with tall ceilings and pale wooden pews. Its walls were ornamented with carved altars and icons, painted in faded reds, blues, yellows, and gold. It was an admirable union of conventional catholic embellishment and the rusticity of classic New Mexican architecture and art. It did not remind me of the extravagance of other catholic chapels and cathedrals, the kinds that make one question the church’s use of the word “indulgences.”

To get to the holy dirt, one must walk down the aisle slowly, grazing the smooth and rounded edges of the pews, gaping ahead at the emaciated, bloodied and brutalized Jesus hanging solemnly from a plain green crucifix, his head cocked and bowed. Painted behind him was what looked distinctly like a curtain, one that might backdrop a theater, or a school auditorium.

To the left of the chancel was a short, narrow opening to a small, low ceilinged room in which photographs, crutches, and other artifacts were hung on the walls, piled in the corners, stacked desperately on the floor of the room’s perimeter. They were the belongings, letters and photographs of those who had been healed, were healing, and likely some of those whom were unable to heal, all from people who pilgrimaged to retrieve the sanctified dirt said to banish illness and ailment. Maggie had been diagnosed with brain cancer five months earlier and we were there to suffocate it in piles of sediment. We entered an even smaller room in which the dusty portal laid agape on the floor’s center.

We gathered around the hole in the ground. Maggie kneeled beside it, scooping the dirt with her hands and pouring it over herself. We helped, gently cascading small batches down her head, avoiding her face. Outside of the chapel some of us wept and held each other until Maggie appeared, smiling.

We had visited this Santuario many times before and therefore knew that beyond the chain link fence studded impenetrably with prayers in the form of padlocks and Milagros stood a small establishment, a deli of sorts, known for their tamales. The man behind the counter was palpably discontent with our request for tamales, informing us that he had stopped serving them since the passing of his wife. We awkwardly fumbled, expressing condolences and ordering Frito Pie with feigned enthusiasm. I recalled a time two years prior, all of us sitting on the bank of a river that bordered this very Chapel’s property. The water was cold and ran thick and jagged, blustering and turning our legs into leaves on a hurricane’s wind. We sampled varieties of ground and flaked chilis in salted pistachio shells before driving back to Santa Fe.

Maggie was buried in a green crochet hat, a brown leather jacket, a floral dress and knee-high boots. She was buried with a micro-plush blanket, a teddy bear from Hershey Park, and a carved wooden heart decorated with healing Milagros, bought from the chapel’s gift shop during our time there. At Maggie’s funeral I saw a single strand of copper hair draped over the bevel of her casket. I was unsure if it was Maggie’s or her mother’s, both being redheaded. I imagined the hair cutting loose before the casket descended into the ground, hoping I might see it again passing by on a draft, suctioned to the nose of a plane, tangled in the nest of a bird. Maggie’s father touched the casket’s corner the same way he had been stroking Maggie’s head while she strained in her hospital bed, gasping to prolong some of the last of her breaths. Two red-bellied woodpeckers called from the tall trees that towered and shaded Maggie’s burial site. “They have red heads,” Maggie’s cousin said to Maggie’s mother, tapping the crown of his own. A red-tailed hawk screeched in the distance, circling behind the water tower that stood like a skyscraper next to the stone walls of the cemetery.

Or maybe it was more like an ominous pillar marking the gates to a passageway, beckoning our hoard in black toward a new world we couldn’t know and couldn’t avoid.

A Story About Almost Dying On The South Carolina Boat Ramp

If This Were My Book The Ending Would Be So Different