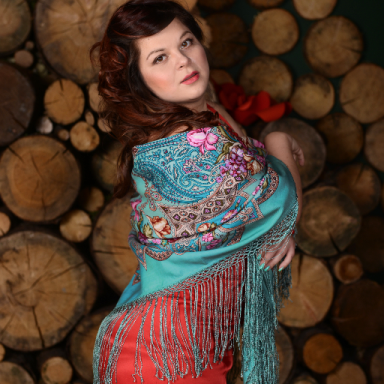 I often heard from new men at the beginning of our relationship that they met me at the very moment when they were in a difficult situation: whether it was loss of work, unhappy love, divorce, severe depression, some other crisis…

– God sent me to you, finally.

– You are a ray of light in this dark world, you are the only bright and positive thing that I have now.

– You’re the only one making me happy. I’m sitting on my ass at this damn time of my life, which is already half over.

– I had been wandering in the dark until I met you…

After a while, we broke up, and the difficult situation in their lives, as a rule, improved—during our relationship or after it.

This situation happened more than once. It made me think it was for a reason, that perhaps it was not an accident. Perhaps this was my destiny—to save, to support those who need it.

That’s how it should have been in your case. At least, that’s what I thought.

When I only saw your photos, I subconsciously felt that you needed my help—you seemed sad, thoughtful, and slightly touching. At least that’s how I saw you in my head.

In the beginning, you had a hard time getting in touch with me, and you reminded me of one of my cats that I once took from a shelter. The cat was very beautiful, but indecisive and afraid of people. But it was clear that before he had gotten to the shelter, he’d had a hard life on the cold and unwelcoming streets. Then I had to use all my patience, love, and tenderness to get the cat out of the “voluntary confinement” under my bed and start trusting people again. A week later, he shyly let me touch him and scratch behind his ear; a few months later, he allowed me to hold him, and it was the happiest moment for me.

So, in the beginning, I thought that with you, it would be about the same as with the cat (and those previous beaus)—I would just save you, encourage you, give vitality and energy to help you accomplish your goals or change your life for the better, and then my role in your life would end. It had already been so many times before, so why should it be different this time?

But it turned out really different—I didn’t have to save you.

You have no idea what inner strength I’ve discovered since we met. I never thought that there was a person who, even without knowing, could radically change my life. This is like the famous “butterfly effect,” globally changing the view of things.

I never imagined that I would be able to change my long-established eating habits in a global way at my non-teenage age, but I could, and this made me better—both physically and spiritually.

I never thought that I would drive thousands of kilometers and spend a lot of time and money just to see your smile for a few minutes.

And I never felt so refreshed and alive when I helped others. I have changed externally and internally—it’s true that we subconsciously reach out to people who make us better. I didn’t know what I could do, but you discovered it in me.

Boomerang law, as it turned out, really works, and works very well.

And instead of saving someone once again, I found myself saved. By you.