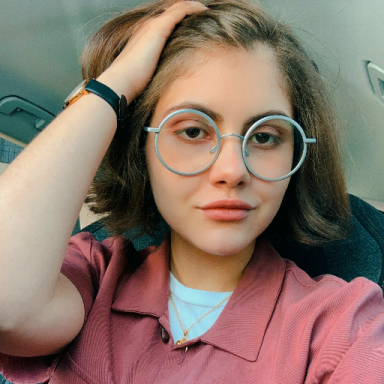 A girl decided she was tired of trying too hard for those who would end up breaking her heart. The girl was tired of being stuck with the same toxic thoughts. Will the other steal him today? Will the other seduce him this time? Will the guy change his mind tonight? The girl was investing most of her time in aimless insecurities rather than the supposed relationship. The girl was tired from crying, while he was somewhere else with “just a friend.” He was constantly lying to you and himself, disrespecting the relationship which you were trying so hard to maintain by yourself.

All bad things at the beginning seem right. The girl’s intuition was waving red flags, but she was playing ignorant for the sake of an already weakened trust. At one point they were both on the same page until he decided to secretly open a new chapter. The girl gave it her all, and she loves him so much. Yes, present tense love. But for the girl’s bad luck, her intuition was right all along. He had given up.

The girl wishes him no pain. But god, it’s her turn to step away and find the love that she wasn’t able to receive. She doesn’t need half intention, she deserves full commitment. She needs and has the right to ask for the equivalent of her value. She needs a man, not a child. Someone that wouldn’t doubt once. Someone who wouldn’t constantly compare her to the other.

The other is not an enemy but rather a reminder of the girl’s maturity. A trophy for all the times the girl was the better person. A crown for the queen who learned that inflicting pain to the other wasn’t going to help the girl feel better, nor helps the other realize how messed up this game of chase was. Because let’s face it, pursuing another girl’s man is not a source of pride.

The girl will move on, not because he broke her heart, but because she is now free from emotional baggage. Let them find emotions in each other’s arms because this girl is tired of being the top corner of a poisonous love triangle. It took a heartbreak, but at least the girl can now say she deserves a better companion. She’s amazing. She’s resilient. I love and admire the girl. She cries, she regrets, and she hurts. But the girl will not give in to another round of blind trust.

The girl needs to have a moment to heal properly, a moment of introspection. She needs to rebuild her relationship with her best friend: herself. She needs to prioritize the future and keep her head up. The battle is not over, and the girl still feels from time to time her aching chest. But what’s important to remember is that it’s his loss, because you gave it your all. And loving full-heartedly is nothing to be ashamed of, even if the ending wasn’t meant to be.

Don’t give in to toxic what-ifs, as it hurts you without changing what they did.

Everyone is fighting for a better life as it is our first. Follow Ligia on Instagram or read more articles from Ligia on Thought Catalog.

The Five Versions Of Yourself You Become After A Breakup

She Doesn’t Realize She Is Worthy Of Love

For The Girls Still Trying To Love Themselves