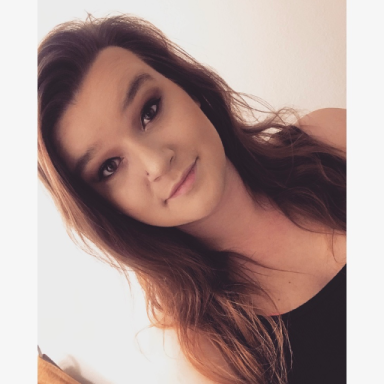 I was 16 years old when I came out. Well, I didn’t actually come out. I just sort of kissed the prettiest girl in the room as a dare at a party and then we ended up dating for a year after that. I just told people who I was dating and that was the end of it. I didn’t make it a big deal that I was dating a girl.

I started dating the girl that I kissed at the party and I had a brief conversation with my mother when I told her what was happening. She told me to keep it private and wasn’t hugely supportive, but I don’t hold hard feelings towards that now. It was a shock for her. But I don’t regret how I did it. I let my siblings figure it out themselves and I just kept dating who I wanted. Since then, I’ve been with girls and guys and I still never had a conversation with anyone about how I label myself or identify. If I were to give an answer to that question, however, it would be that I’m bi. I had a really hard time putting a label on myself for a long time—I didn’t want to be put in a box and I just viewed love as love. The sex of the people I was with never mattered all that much to me. If people have a problem with who I am, I figure they can deal with it privately without being confrontational with me.

I always hear these big, grand stores about how people come out, and I thought that’s how it was supposed to be. I didn’t even know I was gay before the night I kissed that girl. I just kind of… did it. And then it happened, and I dated who I wanted. For me, that was the end of it. It didn’t matter to me very much because I was just doing what I wanted. I didn’t think anybody needed me to have a sit down conversation with them about it because, well, I was just doing what felt right. If it wasn’t that big of a deal to me, and I just went into it with the intention of wanting to be happy, then what else mattered?

I feel like there’s a lot of stories like mine in the world, but they don’t really get told. It’s always the people who had to come out to all of their friends and family and faced a lot of backlash. For me, I just let my friends figure it out themselves and none of them really had much to say about it. I didn’t feel like it was something that needed a conversation because I was still me. The people who I’ve dated are the people I’ve wanted to be with. If someone loves me, it shouldn’t matter who I decide to be with. They should stick by my side. It shouldn’t be made out to be a shock to anybody because why does it have to be? I guess that was my mindset back when I was 16, and it still is now.

But trust me, I get it. I understand that people need to have that moment, and I’m fortunate that I didn’t get much backlash from how I decided to come out to people. In a way, I didn’t give people room to give me backlash because I went into it with full force and didn’t turn back. I didn’t give anyone the chance to give me their opinion because I was just doing what felt right for me. I do wonder sometimes if I did things the right way. Maybe some people deserved an explanation; maybe they were offended that I didn’t want to give that to them. But at the end of the day, everything turned out okay.

However someone decides to come out is completely okay. We all have our own path and figure it out along the way. It doesn’t have to be a big deal if you don’t want it to be. But it can also be a big stepping stone and moment in your life if you want it to be. It’s all dependent on the person and whatever is decided is okay.