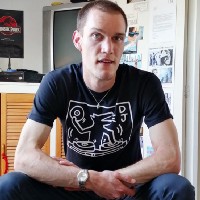 I recently went on a date with a guy, my first since the world broke in March. After four months of isolation, I was delighted by the chance to flirt outrageously with the pretty, talkative person with whom I’d matched on Tinder. We got along well enough over text and I found he was as funny as he was gorgeous, but we both agreed there isn’t much one can learn about another person through their use of emojis or WhatsApp voice notes. We diligently set a time and a place to meet.

I collected him at the train station, gave him a lopsided hug (he’s shorter than me), and ventured off to find some much needed caffeine. On account of our combined hangovers from separate birthday parties earlier that week, conversation was initially a bit unbalanced, with each of us alternately blurting out conjoinedsentences in an attempt to establish some familiarity.

Happily, once we had some coffee in us, we warmed to one another most agreeably. Wandering around aimlessly, we ended up on our backs in a rugby pitch, beside a sports pavilion flanked by a skate park. I was talking about Gregory Peck and he was peering over at me, squinting in the sun with his hand over his eyes.

A bit blind, are ya?

He confirmed he was.

He affirmed he did.

I leant into his face and kissed him, his lips neatly threading between mine. They were smaller, softer and more smooth. Given the dimensions of my enormous rectangular head, I was able to cover his own smaller, rounder face in a plate of shade which certainly kept the sun out of his eyes. I upheld my sun-shading duties in this fashion for a couple of minutes, savouring the simple majesty of kissing another man after a quarter-year absence.

Upon opening my eyes, I saw two guys coming towards us, in the direction of the skate park. I abruptly pushed myself away from my date’s pink, flustered face and rapidly began talking, fiddling with the grass, generating the illusion of having been deeply immersed in conversation and not my date’s lips. The two guys appeared to be our age, dressed in shapeless stone-coloured jeans and sun-bleached olive hoodies, carrying skateboards and the studiedly nonchalant expressions of those trying not to draw attention to the fact they had seen something disagreeable.

As they came closer, I recognised one of them from my Photography class at high school. He paid no attention to either myself or the bemused curly-haired guy on his back next to me.

What’s up? he asked.

Ah, I feel a bit self-conscious now. Like, I dunno, this looks pretty gay, right, making out in a field?

Oh, I stopped giving a shit about that years ago, my date said.

I don’t really worry about ‘being gay’ in public, unashamed of being identified as anything other than conveniently heteronormative, but there was some truth in what I said there. I feel there is some sense of stigma which manifests itself in every generation of queer people, the understanding that we have always been regarded as a few degrees askew of the status quo.

As a minority group, those within the LGBT+ community have been told that they are immoral, sinful, a perversion of Nature, an Other apart from society, responsible for their own “gay plague,” or just simply wrong. This can be a little hard to let go of if it has literally been thrown at us for the past X-hundred years. I feel as though it has only really been in the past 15 years of my 23-year lifespan that it has become commonplace to see two guys kissing outside of a designated queer space.

Queer people have gradually become ‘normal,’ yes, but this ascension to equality — to anonymity, in the best possible sense — has been achieved precariously. I need only underline my native Australia’s glacial recognition of same-sex marriage in 2017 to give you an idea of what I’m talking about.

As much as we would like to think otherwise, love has not always been love. The privilege of being able to kiss person of the same sex in public should never have been a privilege in the first place, but it has been a long and hard-won victory. Yet while I recognise this, I find I am still wary about kissing guys anywhere that doesn’t have a rainbow flag above the door.

I hope that, with future meetings, I can adopt my date’s mentality of not giving a shit about stuff like that and simply enjoy being beside him.

Gay writer who will always talk to strangers.