Artyom Anoufriev and Nikita Lytkin were social outcasts who hated society and humankind. The teenage misanthropes shocked Russian society by attacking seemingly random victims with a mallet and knife. Because the attacks always occurred from behind, the survivors were unable to give any significant details to the investigators.

The serial killers claimed a total of 15 victims — six died, at least one of the attack was videotaped and circulated in Russian social networks, showing the dead body of a woman being mutilated with a knife. The camera used to record the attack belonged to Nikita’s uncle, who found SD card with a gruesome video of murdering their last victim Alevtina Kuydin.

Because the attacks occurred in and around the area of Akademgorodok (Academy Town in English) in Irkutsk, the two were dubbed as The Academy Maniacs.

Warning! This page might contain graphic language, images and videos that some viewers might find disturbing. Not appropriate for children under the age of 18.

The two devils met at a birthday party of a mutual friend, in fact, the boys didn’t have many friends at all and were withdrawn from society. They boys clicked instantly, they were both in a deep depression, had similar social backgrounds and hated society. 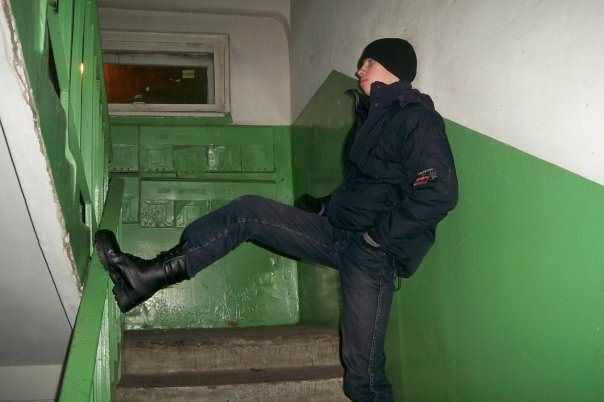 Artyom grew up without a father, at the trial his childhood conditions were described only in positive terms. But his upbringing was anything but normal, his mother Nina, who worked as an accountant for an insurance company, taught his son to hate people, liked to humiliate him publicly and told that he’s always surrounded by enemies.

For some time, Artyom was part of a white-power skinhead and even took part in the nationalists demonstration called Russian March. At the trial, Artyom’s mother told her son was beaten by a group of Armenians, which left him psychologically damaged. However, there is an opposite version of the conflict – Artyom insulted an Armenian family in social networks.

Nikita was raised by her single mother, who worked as a clerk in a shoe store. His father tried to fix the troubled relationship with the family several times, but always left, which made young Nikita even more frustrated.

During the investigation, his mother Marina called the main reason for her son’s criminal and antisocial behaviour the absence of a father.

The boys were impressed by the notorious Russian serial killer Alexander Pichushkin, also known as The Chessboard Killer, who aim was to kill 64 people – the number of squares on a chessboard. And also by so-called Dnepropetrovsk Maniacs, the Ukrainian serial killers, who recorded gruesome videos of their killings, hoping to get rich one day with the material they produced. On the Internet, Dnepropetrovsk Maniacs are better known by the video named 3 guys 1 hammer.

The hunt for victims began every day at 6 p.m. until 10 p.m. Sometimes they searched for weeks for a right victim – someone weak, unable to give resistance.

Before claiming their first victim, the duo wanted to practice the act of killing. They knocked 18-year-old Anastasia Markov’s head with a mallet and ran away, thankfully the girl survived. A little later they undertook an unknown woman in a similar manner and stole her bag.

Nikita’s uncle found an SD card with the very same horrific video and imminently reports the authorities. The video is hosted on LiveLeak, but make sure you really want to see it, it’s extremely graphic. I warned you. Here’s the link.

A rough transcript of the video:

[Stabs in the head]

Fuck, I can’t fucking touch it

But that’s scary, uh bitch! (They are afraid someone will see them)

[Stops cutting, sticks a knife in the eye]

Uh, that’s disgusting! What to do?

Cut off her hand

Fuck it! An ear is fine too 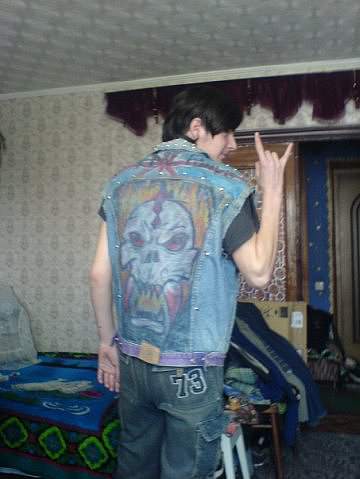 Artyom was sentenced to life in a special regime colony, when given word after the sentence, Artyom claimed he can’t be fascist, because his grandfather was a veteran of World War II. He pleaded guilty only in one murder.

At the time of his crimes, Nikita was underage and received 24 years.

8 Serial Killers Who Were Never Caught