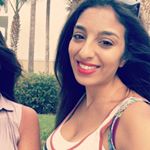 If you have binge-watched You on Netflix, then you know it sparks a conversation about the role of social media in relationships. Based on a book of the same name, You explores the story of bookstore clerk, Joe Goldberg (Penn Bagdley), who becomes wildly infatuated with Guinevere Beck (Elizabeth Lail), an aspiring writer still in college. However, the most uncomfortable part of You isn’t that lonely boy Dan Humphrey grows up to become Joe Goldberg, it was how easily the audience was able to look past his predatory behavior and passive manipulation because he knew how to walk the line.

From Beck’s perspective, Joe was refreshingly different from the guy she was dating at the start of the season. Joe comes across as charming without being overbearing, witty without being obnoxious, and a seemingly good guy. He looks out for Paco, the kid next door with dysfunctional, drug-addicted parents. He has redeeming qualities, which allows the viewer to separate his obsessive tendencies from the good-natured ones.

Joe was actively manipulating Beck, but he is so clever in his execution that she was unaware. She didn’t know that he was following her the night she fell onto the subway tracks or that he stole her phone. She never knew that he was stalking her every move on social media, reading her text messages and hacking into her accounts. Social media enables stalking; the accessibility and cultural desire to ‘stay relevant’ only encourages people like Joe to monitor one’s digital life.

Joe manipulated us just as much as he manipulated Beck, because this show lets us stalk the stalker. Throughout the show, we are in Joe’s head, aware of his thoughts, impulses and intentions. The audience is manipulated because we feel close to Joe. We are able to have minimal sympathy for Beck because in some ways, she’s a stranger to us. There was a certain distance established between the relationship the viewers had with Joe and one we had with Beck, Peach, and others. Joe shows Beck how the people in her inner circle manipulate her: cue Peach’s suicide attempt after a fight with Beck. Everyone in Beck’s world has manipulated her in some form or another, even if she doesn’t realize it.

People need understanding just as much as they want it. You can attempt to rationalize someone’s insanity if you understand its origin. Why? Because basic human compassion stems from the innate desire to understand and be understood. To be validated in a positive, wholesome context is euphoric. Joe did that for Beck by encouraging her writing and being a part of her world, playing the role of the caring and doting boyfriend so eloquently. The audience knew Joe’s actions were wrong. Through the lens of television, it’s easier to rationalize Joe’s insanity because we follow his story, not Beck’s. In many ways, Beck is a secondary character, at least until the fourth episode, where the narration shifts in her favor. While it’s meant to give her character more depth, it only adds more mystery. It reinforces the distance between the audience’s relationship with Beck because we realize there is more to her then Joe has shown us.

In the age of social media, we don’t know where the line of infatuation ends and obsession begins. It’s the easiest form of stalking because there’s no way for the person being stalked to know that they’re being stalked. The show emphasizes the importance of being your own person. The moment you decide to be your authentic self is the same moment you take back the power for yourself. You is not a cautionary tale of what could happen; instead, it displays all the shades of manipulation. While the audience focused on all the ways Joe was manipulating Beck, they didn’t realize that Joe was manipulating the audience right back. Just like most forms of manipulation, it went unnoticed.

Unofficially one of Oprah’s favorite things