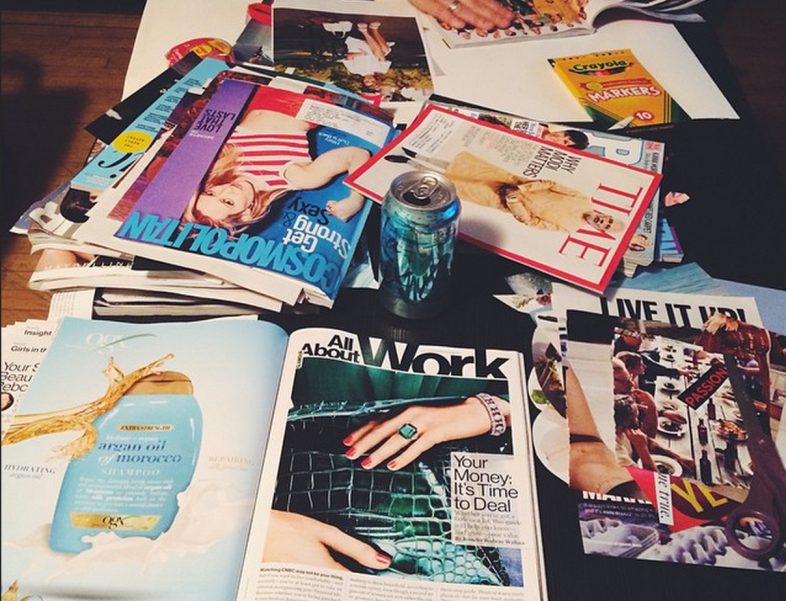 Everyone writes about bullshit because it’s easier.

That’s not as much a diss as you think. But have you ever tried to write about life or love or something important? It’s hard. You have to capture the flow, the moment, and look at them both at large and through yourself.

It’s dangerous, too. What if someone disagrees? If you write about something important, the stakes are higher, and honesty is the ante: you have to put yourself out there to care.

If I write about something easy, I get all the perks of talking about something easy. I get mastery, the ability to throw on snark and wrap myself in commas, confident in my piece. But what happens if I try harder? If I try to aim higher than a cultural critique, I risk myself.

It’s a lot easier to critique a cultural trend than prescribe change. It’s a also a lot more fun. Compare pieces you see laughing at or stirring outrage against ideological opponents — how can anyone disbelieve the urgency of climate change!? — with the far riskier, far more important personal prescription to change.

How about this as an example: your outrage and smugness of having the right opinions doesn’t save the world. Rather, we all should have shower timers.

Heads up: I don’t have a shower timer. But I should. And I never think about it. Why should I? Practical solutions slow down my theory; I’m too busy blithly solving global problems like racism with my correct opinions! The real world is beneath me.

That’s the attitude we run with. We’re rarely present or mindful. Why should we be? It’s hard. And the culture has made it so easy to confuse right-thinking than right-acting that we have internet socialists furiously and indignantly protecting opinions over people.

So what should we do?

First, we can be quiet. The internet is saturated with opinions: I promise it won’t miss yours.

Do something. Anything. Volunteer. Get a shower timer. Having the right opinions doesn’t let you opt-out of doing the right things.

This, of course, can be staggering. As I said before, the reason people write about bullshit is because it’s easier than writing about something real. How much harder, then, is it to do something real.

It’s much harder. The mindfulness too can be punishing. Once you open up yourself to doing more, burdens find you. Everything you do is problematic, difficult to justify, a waste. Soon, overwhelmed, you shut it out with comforting static.

Start with something small and easy for you. The “for you” is important- take one productive improvement for the world that, to you, feels painless. Maybe it’s the shower timer. Maybe it’s eating less meat. Maybe it’s volunteering once a month. Maybe it’s making an effort to tip more. Pick something- anything- and relish the value of doing rather than talking.

It isn’t as grand and sweeping as writing about opinions and global issues, but there’s one crucial difference.

Read this: The Jamie Oliver Effect: How You can Use It To Simplify Your Meals (And Life)
Health & Wellness Technology The Digital Age Writing & Expression

8 Ways To Change Your Habits

6 Things People Don’t Realize They Choose Over Happiness (Stop It!)

Free Yourself From Fear

30 Ways To Stop Feeling Like A Lazy Piece Of Shit