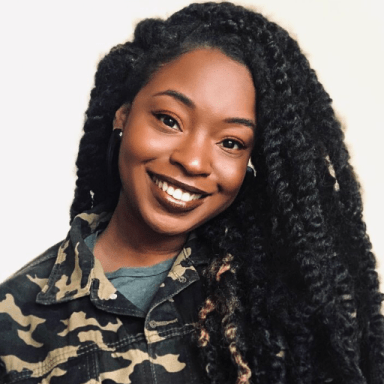 I was scrolling through Twitter, as every millennial does, and I came across a tweet that pretty much stopped me in my tracks. It wasn’t a long drawn-out “read this thread if” tweet but more of a slap-you-in-the-face statement that literally…slapped me in the face.

It read: “When a man actually wants to be with you, they’ll pull a planet down like Thanos if they have to just to make your day.” Now, I’m not an action movie buff nor into any of the ‘Avengers’ films, but I’d have to say, this proclamation really knocked the wind out of me.

For years, I’ve been the one putting in all the work in relationships: scheduling dates, spending money and time and dropping everything I had and needed to do just to spend a sliver of time with that one person. All the while, I was receiving unanswered texts, disrespect, excuses and a bunch of sweet-nothings. It was driving me insane that I was giving so much of myself and I wasn’t receiving the same amount of effort, love and attention.

I watched as the guy that I had carelessly fallen head over heels for flirt and date other women, ignore me and treat me as an option. It felt as if my soul lifted into the sky and watched as I deteriorated piece by piece, letting the guy consume every piece of me and then spitting it out whenever he wanted.

I was drained but I kept going with whatever relationship I put myself into. I wanted love and comfort. The problem is, we get comfortable with the idea of comfort no matter what it costs us.

We fall in love with the idea of love unknowingly showing the best part of ourselves to the wrong people. They’re not bad people – they’re just not good for us and that’s okay. The point is to never settle for ‘just okay.’

Because we deserve more.

I’m not going to tell you that I suddenly woke up from this long, toxic trance and embraced a new sense of self-love while biking through the streets, happy and giddy, like one the women you see on the Venus razor commercials. As part of being human, I’m still working on this part of myself.

I’m working on the part of me that won’t settle for less than what I deserve. She’s opinionated, strong-willed, stubborn, creative and overwhelmingly passionate.

She deserves a lifetime of happiness and unconditional love. We all do.