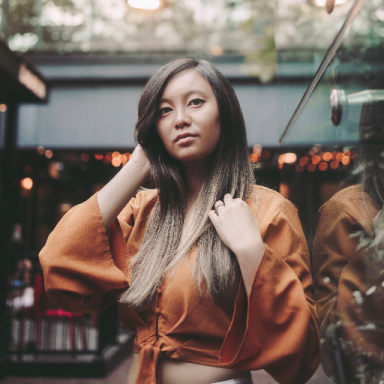 This city echoes with the memories I never thought would become part of a weathered book, where the pages are torn from reading and rereading them.

The memories haunt me in my dreams, and I’m exhausted of letting my emotions show in case I relive those pages again, in real life, with another person who will let me down.

I struggle to let myself cry. I feel a tsunami of emotions overtake me as my eyes fill with tears, but within seconds, it retreats just as fast as it overwhelmed me. There’s a pressure in my chest that shouldn’t exist when there’s a void this big from everything that happened, but I feel it rising up in my throat and choking me of any feeling that isn’t emptiness.

Time could never mend this hole. The distractions only close the gaps, but could never erase the damage.

The sound of your voice in my head, and the memorized feeling of your presence follows me in this place. There’s no space to heal when every building and every street reminds me of the time you betrayed me.

The effort I made to be there for you, the cards you hid from me the whole time, it still hurts even now. I should have took my dignity and left before you even had the chance to reel me in, escaped before your storm overtook me. While I was still holding on, you were already long gone.

8 months later, I’ve been running as fast as I can in the other direction, far away from destruction and pain. I’m trying my hardest now to listen to my own intuition, listen to the voice inside telling me when to leave.

You were the person I was the least scared of, because I had finally let go of my fear of being deeply understood by someone, with the chance of being hurt. But now, you’re the person I’m most terrified of. Not terrified because you’re taller, bigger, stronger – but terrified of what you did to my trust when I put it into your hands.

I could never look at you again and see you the same way, despite all that time I thought I knew you.

Living, reflecting, and learning to be my best self.