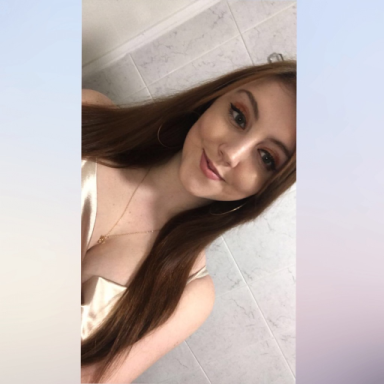 so the boy’s hands are rivers

and you’re trying to tread water,

trying not to get swept away

to know exactly how the calm ends. to know that you cannot get used to it.

but when the boy speaks, it’s in the language of light

and you don’t remember what came before that.

somewhere warmer than here, his pomegranate mouth swallows you whole

and you forget every definition of fear you have been clutching like cards to your chest.

the wanting before the knife. you are brightly and brutally enamoured,

and still the water doesn’t run red, but you keep waiting.

you know better than eve that to know eden is to be on the cusp of destroying it.

it would be foolish to love a mouth enough to forget its capacity for ruination:

the world was whole and innocent as an apple before we sank our teeth into it.

and so you are made of walls and hope; a miracle of standing, a contradiction. it’s not that

you want to be afraid. just that you don’t know if the house would be safe

without the fear to guard it. and besides it has its own room now.

that this time, there is nothing to be afraid of. which is to say

another synonym for violence.

this is the true meaning of prayer. this is what it is to witness

war; to have it embed itself in your ribcage, take up residency within you. to be free, yet still feel like occupied land.

and you know too much to make a bomb shelter out of a boy again. you are just afraid that if he gets too close, he will taste the trenches on your lips. the small, quiet deaths history couldn’t make space for.

this is the anatomy of healing; to some, the word ‘survivor’ sounds like hero. to you, it sounds like ticking. most days, you feel more time bomb

than girl. which is to say that you are afraid

of your battleground body. afraid it will haunt him the way it haunts you.

how seethingly, savagely human, to fear the very thing that holds you.

to return to the very place that kills you. for in dreams, you still hear the gunshots.

in dreams, you are all exit wound and hopeless prayer.

but you wake up to him still, soft and beating, his body just another way of saying you are here, alive, even now. you wake up still, the warmest thing in the room, clean and breathing and