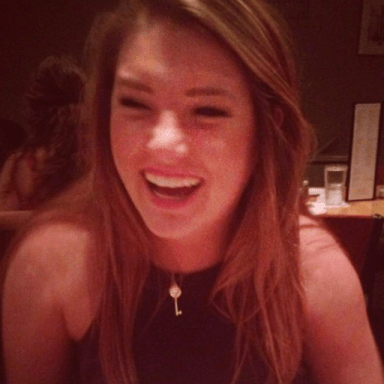 I recently read a quote that said, “Don’t cross oceans for people who wouldn’t jump a puddle for you.”

This thought consumed me for a while.

I’ve always worn my heart on my sleeve and every on my face. Everyone who knows me knows my poker face is straight trash.

The amount of times I’ve put myself out there, “crossed oceans for people who wouldn’t jump a puddle for me,” and landed on my face is far too many to name, but I don’t regret a single one.

I used to think having a soft heart, forgiving quickly and easily, made me weak. Five years ago, it was one of the things I wish I could’ve changed about myself. I wish I didn’t fall so fast, didn’t trust so easily, and could play a little harder to get. But as I’ve grown older, I’ve learned that it’s very rare to have a soft heart in such a cold, hard world. We’re taught that compassion, vulnerability, and emotions make us weak. Oh how things are so backwards.

Anxiety has reached a peak. Depression diagnoses have risen drastically by 33% since 2013, and that doesn’t include what goes undiagnosed. People are hurting, and they’re hurting alone.

Today the world is filled with so much judgement, hate, and negativity. If you have differing political or religious views? Forget it. Most people are too busy pushing their own opinions and thoughts on others to simply listen to the other side of the conversation. We’ve never seen a more divided country. But it’s not too late to change that.

Imagine a world where we celebrated how different everyone is instead of condemning them for it. What if instead of judging someone, you gave them love for being different than you? What if instead of not letting the car next to you in, you did just that? Is the five added seconds to your commute really going to throw off your whole day?

What I’m saying is, show people grace, and love, and patience, and add a little bit of positivity into this world. God knows we need it. Why shouldn’t it be you who does it?

Cross oceans. Move mountains. Love people, all people, and love them hard. Don’t question whether they deserve it or not. I bet there was a time in your life where you didn’t deserve love and the people around you loved harder on you.

Just a girl who loves writing, dippin’ dots, and a day on the lake.