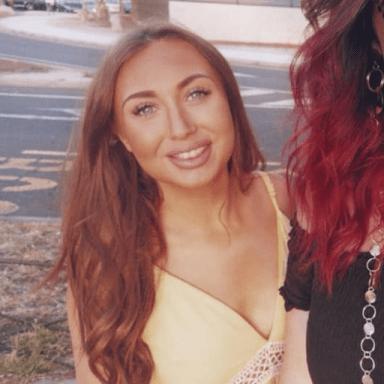 “Stop letting shitty people dictate how you feel about yourself. Stop letting people who have a long way to go with their personal development hinder your progression.” – Charlotte Freeman.

Gaslighting is a form of manipulation and abuse concentrated on making someone doubt their reality—for example, denying true conversations or events ever happened. Toxic people will manipulate a situation strategically so that others see you as the enemy. While the gaslighter talks ill about you to manipulate others into believing they’re the real victim, they’re also making sure that you feel more and more vulnerable by isolating you from your allies or anything leading you to the truth. They will exploit you to your safe people for coercion, leaving you feeling powerless and apprehensive but also alone. Without the victim catching on to any proof, they cannot then defend themselves without looking jealous or crazy. Oftentimes, they believe everything is their fault, despite knowing something is off.

If it isn’t a healthy relationship, then don’t feel bad for cutting ties. Your gut is there to tell you when something is off; it’s not all in your head. We’re all bad in someone’s story, but a gaslighter convinces the victim that they’re a bad person. The victim starts doubting that they are good enough, regardless of once being confident and positive. They are disconnected and feel almost no enjoyment because they’re too busy anticipating the next bad thing and are worrying about things which have not yet happened in case they act wrong. Try not to play out painful scenarios in your head that don’t exist in the present moment. Try to deal with things as they come and not as you fear.

They’ve eroded your confidence. You’re dissecting all the ways you aren’t good enough, picking yourself apart. It feels like nobody likes you for what you like yourself for because they have gaslighted you to believe your strengths are your weaknesses to repress your intelligence so that you never expose them. I’m sorry that they had to paint you however they needed to paint you so the guilty didn’t feel so heavy on themselves.

Are you ever made to feel so small that you apologize for the sake of somebody else’s comfort, even when you don’t even know what you’re truly apologizing for? They may have provoked a frenzied reaction from you, and now the problem is your reaction to the problem and not the actual problem.

It’s unfair to believe that you deserve to feel worthless when you are more than worthy. You should not devalue yourself for your mistakes. It’s unfair to punish yourself for the mistakes you’ve made in the past. You can’t blame yourself for not knowing back then what you know now. Your mistakes evolve you as a person, but you made a decision based on the way you felt at that time. We are allowed to make unintentional mistakes without being made to feel intentionally shit by others. However, a gaslighter uses blame-shifting so that you define your persona by your insecurities, which causes you to self-destruct, although you were once nonchalant to any of this bullshit.

You were made to feel inferior by someone who was deflecting the blame from themselves, but a gaslighter will never admit to their mistakes. It’s easier to deflect blame onto someone who they’ve spoken ill about and only makes you feel more obliged to apologize when they should be the ones apologizing.