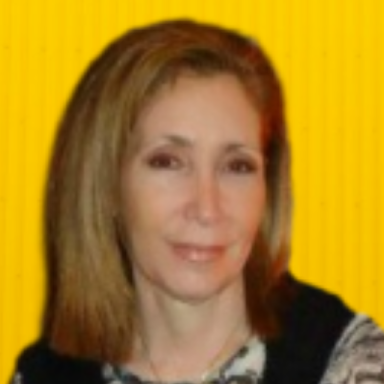 It was a beautiful Florida morning. Not a cloud in the sky, still early enough before the rest of the world took its first breath, and perfect for the beach. Armed with a writing pad, a book I had yet to finish, lotion, and a chair, I bounded for one of my favorite spots isolated enough where I knew I could set up shop right in front of the ocean without having to hear anything other than the lap of waves, the rustle of grape trees, and the call of seabirds. At least for a few hours, anyway.

As I mentioned, it was early and I wasn’t expecting to find anyone else there. However, there was someone else there. Someone I knew well and hadn’t spoken to in over 10 years. I pushed aside the awkwardness of the moment and the reasons that pulled us apart and just settled my chair beside hers, where a conversation began and the details of our lives — what we’d been doing, where we were now — flowed out.

For what felt like hours, I sat there listening to everything she had to say. She had recently turned 65, and despite all her monetary wealth, two successful daughters, and the impending birth of her first grandchild, she was not happy. A deep hole existed where there should have been nothing but joy. This was not something I could tell her. I did not live her life. I did not see where she began, what she had envisioned for herself, those paramount things she hoped to achieve.

Taking stock is a reality check. It’s something we all go through at some point, if not many points, over the course of our lives. And while I’m not certain they’re always productive assessments, I believe they’re absolutely crucial in helping us stay on track.

A feat which, for most of us, is not always an easy thing to do.

When one friend turned forty, he suffered a heart attack. Another quit his job and went to work for Starbucks. And although I personally never experienced a midlife crisis, per se (well, not the kind anyway that entails trashing your clothes, liquidating your 401(k) to buy a sports car, or giving yourself a do-over with Miss Clairol Pink #3), I did however wind up around that same 40 mile-marker in the throes of a divorce and menopause, two messy hardships I did not ask for. They were the two hardships that would drive any normal woman way off the deep end.

So deep there were days I forgot to breathe. I forgot my children, and they forgot about me. But somehow I got through it. Goo Goo G’joob hallelujah. I survived my 40s, my 50s seemingly intact, and now that I’m here at the 60-plus stage over the proverbial hill sitting on a Cornflake waiting for the van to come, I can finally, honestly say I like where I am. I like who I am. Cellulite, age spots, jiggly bat underarms and all.

Yes, I stopped fighting that mothership a long time ago. When shit happens around you, when those you love die, a ground-breaking seed inside your head grows. And like a breath of fresh air, the I’m-going-to-set-the-world-on-fire kind of dreams that once consumed you are thrust elsewhere. On your children and your grandchildren for the simple reason that you’re just so happy to be alive.

Joan Didion summed it up best when she wrote, “I no longer want reminders of what was, what got broken, what got lost, what got wasted.”

So much of our time is spent analyzing parts of our existence that have become nothing more than wreckage upon a shore. Things that can never be undone. Things that are only holding us back.

I hope you realize this sooner rather than later. I hope everything that bogs down your life, that keeps that hole in your heart from filling, falls away with the simple understanding that what matters most is what lays ahead. And the only person you have to make happy is yourself.

Three years ago, after struggling with life butting in, with blank pages, with characters who wanted to tell a much different story than the one I intended, I finally completed my first book. It was the ultimate cherry. The sense of accomplishment that had eluded me for so long. And the interesting thing is, looking back, I realized it could have happened a lot sooner had I simply understood the difference between writing for others and writing for myself. The flower of relevancy blooms from within.

I believe it takes great passion and great courage to live your life out loud with the sort of honesty of mind where things that feel shallow sink and things that feel true float upon the surface as you give voice to all those inner frailties that make us human. Because we’re all screwed up to some degree or another, and I don’t see anyone exempt from this messy pool of mankind. Not you, not me, not even Mr. Rogers with that snappy sweater and picture-perfect neighborhood of his.

Look, all I’m saying is that the closer we get to our number being called, re-adjust the lens. Ride the peace train of happiness wherever it takes you. And if that means crusading for the homeless, opening a cupcake shop, knitting sweaters for Etsy, swimming the Atlantic, or retiring to the west coast of Florida with all your Jujubes still intact, then by all means, go for it!

Me? I’m writing another book.

Putting it all together. One chapter at a time.