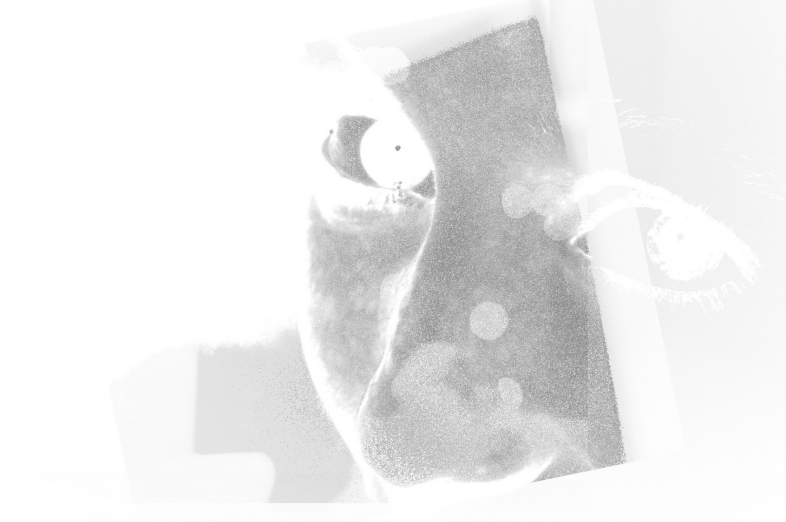 When I think back on my life, I am amazed at what I have been through and who I have become. It is easy to reflect and see how each experience has shaped me into the person that I am today, that each trial was worth it in the end. It was not always this way though. There have been times in my life when I wanted to give up and could not imagine that life would ever get better—times when I hated who I was, when I felt unlovable, and when I wanted to disappear. These feelings first began years ago, as a young teenager, when I first developed my eating disorders. For far too long, I suffered from various eating disorders and was living in the shadows of doubt, shame, and guilt. The past few years have been a roller coaster to say the least, at times I did not know how I could make it out alive, but I did and I am so much stronger for it.

Those “dark” years were very painful and even now it can be hard to openly think, much less talk about them. I blamed myself, I thought I was weak, I hated who I was and I allowed shame to hold me back from admitting that I needed help. I thought that by admitting that I had a problem, I was a coward. In retrospect, receiving help for my disorders was the bravest thing that I have ever done. It was not until I finally addressed my disorders that I was able to love myself. Though these past years were far from easy, I feel as though they happened for a reason; if I can use my struggles to help even one person, then maybe, just maybe they will have been worth it. Throughout this crazy and painful journey, I have learned so much about the world, true compassion, and myself.

I can only hope that by sharing what I have learned, I will help somebody else who is struggling.

What you believe is true, is not always THE truth

This is not to say that you aren’t entitled to each and every thought that you have, nor does it say that thoughts are not very powerful in shaping our opinions of ourselves. This simply means that just because you think you are fat, or ugly, or unworthy, does not mean this is true. It may be your truth in the moment, it may feel very true and real, but it does not mean that it is objectively true.

Being able to distinguish THE truth from what my eating disorder tried to make me believe was the single most important aspect of my recovery. Even now, I still have negative thoughts and I am very tempted to buy into them. But, I don’t for one reason: I am able to take a step back and distinguish between the eating disorder thoughts and the truth.

Our thoughts are influenced by those around us

There is an old Cherokee proverb about a man who has two wolves, one good, and one evil. When asked which will grow bigger, the man says “the one that I feed more.” This is true with our thoughts. If you constantly surround yourself with people and situations that feed you negative thoughts, you will begin to believe them. Maybe you need to reevaluate your relationships and routines. If they are not helping to build you up, they are not worth investing time in.

At the same time, if you surround yourself with positivity, it will begin to sink in. At first you may not believe these positive affirmations, but I promise that if you start to tell yourself enough positive things, you will begin to internalize it and eventually learn to believe them (and maybe even learn to love yourself)!

We have all probably heard the phrase “this too shall pass.” As cliché as it sounds, it is true. Every moment in our lives is temporary and will eventually become the past. This can be a rather daunting thought, but when you really think about it, it gives you the incentive to truly live in the moment.

Life is cyclical; it has its ups and downs. When we are in the bottom of the trenches, it is hard to believe life will ever get better. The pain or sadness that we feel may seem like it will never end. It will. Similarly, we will have intense moments of happiness and joy in life. These too shall pass.

Before I understood this concept, I was terrified of being happy because I knew it wouldn’t last forever. This is true, but it is also true that happiness will return. So rather than fear for the sad times in the future, or attempt to seek out happy times, I have learned to just experience life and know that nothing is permanent, that there is always a reason to hope.

Experiencing Emotions is a good thing

We live in a society that views expression of emotions as weakness. From a young age, I learned that crying was not acceptable, because it made me appear weak and “needy.” So, I learned to hide and deny any negative emotions that I had. I thought that happiness and joy and love were okay but that anger and sadness and jealousy were all bad; that feeling those things was bad and that people would judge me.

Bottling up these emotions, though, will never have a positive ending. They will just manifest themselves in other ways, such as an eating disorder, a drug addiction, abuse, etc. Instead, we should embrace each and every emotion. After all, they are human.

We should know that we are entitled to feel however we want in any situation and nobody can or should take that away from us.

It’s hard to accept love until you truly love yourself

For so many years, I pushed way my family members and friends for reasons that were unknown to me. When they offered me love, I responded with a cold shoulder. I didn’t know why I did this, but I could not stop pushing people away. I created a wall between those I cared about and myself; if I did not let people get close to me, they could not hurt me. Only once I began to heal, did I realize that I was not pushing away these people because I disliked them, but because I could not handle the love that they were trying to show me.

When you can’t love yourself, any form of love coming your way seems insincere and wrong. I remember thinking that people who were trying to show me love were lying and I felt physically repulsed by their genuine acts of kindness. Through recovery though, I have realized that I did not accept their love because I did not love myself. And if I could not love myself, how could others love me?

Being healthy is way better than looking a certain way

For so long, I strived to be skinny. To me, the skinnier that I was, the more successful I was. Now, I see just how distorted my thoughts were.

I am not saying that being thin is bad! Different people have different body types and we must embrace every body’s differences! What I am saying is that for my naturally curvy body, skinny is not healthy for me. Of course, it is normal and okay to want to look good, but not at the expense of your health! These days, I value having muscle and being fit over being thin. It amazing that even though I am heavier than I once was, I am more in love with my body than I have ever been. I feel strong and healthy and happy. Taking care of yourself should be your number one priority!

Letting go of shame is vital

I vividly remember when I was at the peak of my disorder, feeling so alone and helpless, but trying to deal with everything by myself. I could not bear to think of telling others about my struggles because it meant I could not handle them. I thought people would judge me and treat me differently.

In reality, I was judging myself. I was embarrassed that I could not solve my own problems, so I allowed shame to hold me back from telling other people that I needed help. All this did though was cause me to go further into my disorder.

When I finally reached out for help, it was scary, but so so worth it. Here is the thing about shame: it is poison and very misguided. Letting go of this shame allowed me to heal. Yes I had a problem, but don’t we all? Maybe it’s not an eating disorder; maybe it’s an addiction, or a bad habit, or fear of our past. Whatever it is, its time to let it go, its time to stop allowing shame to hold you back, and its time to take back your life. Just because you finally accept yourself in the present does not mean you are giving up, it means you are taking the first step towards loving yourself and taking action against your demons.

People spend far less time thinking about us than we think

It’s kind of ironic that we all spend so much time thinking about how other people are judging us, that we rarely actually judge others. I used to live in a false reality that my every action was being scrutinized by others, that if I gained even a pound the whole world would notice, that I could not make one mistake because other people would criticize me.

The irony of this is that I firmly believe all people are like this. We live in fear that we must live up to others expectations of us, but we are so busy doing so that we fail to do what makes us happy.

When I finally realized this, I felt so free. And on the off chance that others do judge us… let them! Let people think whatever they want to. As long as you love yourself and the person you are, it is enough.

When I read back and reflect upon the things that I have learned, I realize that it all comes back to one thing: LOVE. If you can learn to love yourself, you will also learn to love others. It is not an easy process, especially if it has been forever since the last time you actually did love yourself, but it can be done. Give yourself grace and just try your best. Not every day will be easy, but it will be worth it.

I Am A Grown Man With An Eating Disorder

From 56 To 221 Pounds: My Eating Disorder Journey

Here’s Why I’m Scared To Have Kids Right Now