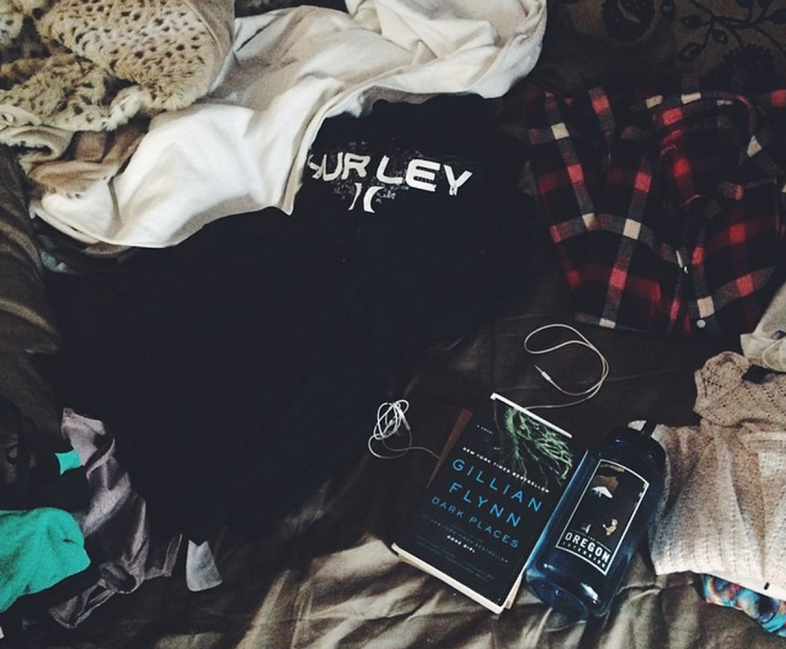 Sometimes, I write about dating. To illustrate my irrational, yet debilitating, fear of loneliness, I might make light of my romance-less future by being silly and referencing wanking for the rest of all eternity. You know, to ease the tension. And if I do that, it’s important that you understand: it’s not an invitation for you, male reader, to email and say “You can’t write about having your hand in your knickers and not expect me to pop up and say hello.”

“I’m not on the Internet to be objectified, to be hassled and flirted with.”

Because errr, yes I can.

If I write, “Hey, I’m fat and I still get laid!” that doesn’t make it okay to use the comments box to ask for my number, just as when I pen a story about the time I used promiscuous sex to heal a broken heart it’s not cricket that you Tweet, “Shame your heart isn’t broken anymore – you seem like fun.”

I’ll write about looking for love, and bad sex, and job crushes and dating and daddy issues and axe wound, fairy garden VAGINA if it serves to illustrate my point, and guess what? I’m not doing it to turn you on.

I’m not a “dirty little slut” gagging for a perv like you to come and give me the good seeing to I’m obviously desperate for. Get over yourself: you wouldn’t know what to do with me anyway. Real men don’t talk to women the way you do. I’m smart, and articulate, but, you idiot, being deliberately provocative to demonstrate a point about something we all feel. I’m making language my bitch, but that doesn’t mean I’ll be yours.

I’m a writer. A creator. An artist. I pride myself on communicating honestly. I’ll say what somebody else could be afraid to say if I think it helps tell a bigger tale – if I think it’s worth talking about, needs to be brought to the table. If that means frankly discussing sex, owning the fact I have a vag, communicating at a sexually base level, then I will. And I’ll do it proudly, unashamedly, because I’m a grown woman and NEWSFLASH! can exist as more than one thing. Though I might say vagina a lot, that’s not all there is to me. I’m bigger than my vagina. Vagina, vagina, vagina.

I’m not on the Internet to be objectified, to be hassled and flirted with. Well – I am, but that’s on a very specific forum designed for other people who want the same. I digress. My point is that you’re letting yourself down when you fail to distinguish between art and real life. You think you’re being funny when you say those things but you’re not. You’re sexually harassing me. And make no mistake – that’s what it is. Over-the-top, unwarranted sexual advance, to an individual who doesn’t. bloody. want it.

You might think that I’m asking for it, actively courting the sort of attention you’re giving me. Nice girls don’t talk about the way the man working the counter at the corner shop has the kind of forearms that makes a gusset wet. A chick who recounts having to take a pregnancy test in the loo at work is obviously a screwed up slapper. The lady who dared to be nice to the man at the blood bank probably wanted her nurse to touch the top of her thigh like that – had it coming to her, even. Men don’t act without provocation, after all.

I’m not sharing these stories for the select few asshats of the Internet who use the vocalised vulnerabilities of a female writer to get their rocks off. There is a plethora – a veritable smorgasbord – of emotionally tuned, intellectually impressive contemporaries of yours who get what’s happening when the women of the net cream themselves to talk about their sexual feelings. You’re missing the point.

I could go out with a skirt up my ass crack and a top down to my nipples, sucking on ice cubes and fanning myself like an extra from La Isla Bonita and it still wouldn’t be alright for you to tell me I seem like I’m “DTF”. Don’t be rude. Don’t be disrespectful. Don’t show yourself up for the small-minded arrogant loser that you are. Go learn manners from a man, you little boy.

But then, that’s the point, isn’t it? You wouldn’t have the courage to do that, to say those horrible, hurtful, abusive things, to my face – you’re only a masochistic chauvinist pig when you’ve a computer screen to protect you.

I’ve not got my period, I’m not a cock-tease, and I’m certainly not frigid. What I am, molesters of the World Wide Web, is absolutely, categorically, 100% not interested.