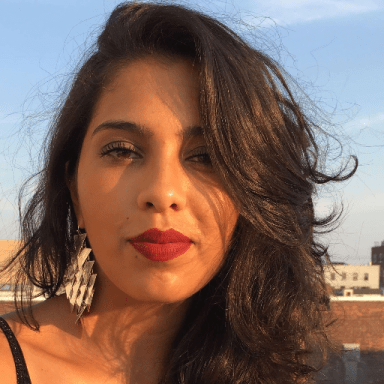 I spent a considerable part of my adolescence working my ass off to get a paycheck instead of working the same ass shopping for crystals or finding a nonsense boyfriend to love to hate as my girlfriends did.

I had my first job at 15 years old. At the time, my mom insisted I should work four hours a day at her company to get a real sense of what responsibility was and to show me that money doesn’t grow on trees.

Things felt professional at 16 when I got to be the young lady who cleans up after a picky client in the fitting room. On the contrary, it wasn’t to get some sense of teamwork or aim for fashion as a career; it was a real necessity. The same person who introduced me to the practical meaning of the word “work” had lost her job, and as a single woman in her 40s, she had challenges in placing herself in another company. Thus, someone had to help spend money on frivolous things and pay that kind of paper that gets every month in our mailbox.

From job to job, I made a modest but gratifying amount of savings. It felt similar to winning the lottery that later would be invested in junk pieces, not to mention it turned our income less shaky.

In 2015, I wrote a five-year plan for my life, full of things such as having my own place, living in a foreign country, visiting California” and so on. This particular digital vow got lost in my Google Drive, and it was only auspicious enough to be found last year. Thus, having the blessings of the cosmos or not, I saw myself landing in the US later in the same period that a baby takes to be delivered and happily visited more places than the bear republic.

Some people might say a “stroke of luck” ruled these events. Millennials probably go for “serendipity.” And some would call it “synchronicity.” Me? Well, it’s my way to make magic happen: reading the signs and working on them from head to toe because there’s no coincidence. What does exist, instead, are the clues that the universe sends us. And this process it’s much more manual work than repeating Ariana Grande’s chorus in an angelic voice: “I see it. I like it. I want it. I got it.”

To whom it may concern, I’m Taurus sun, Capricorn rising, Mars in Pisces. Far away from the enchanted land of astrology, I’m a worker, dreamer, maker, believer at all levels. I achieve things spiritually and materially because I’m a badass worker. And women workers are indeed fairies—mostly the octopus one.

2020 is a devil’s cauldron ruled by Bolsonaro, Trump, and other demons who don’t do their job besides not wearing their masks. And I’m in the witch’s team trying to escape those “evil spells” that make our lives harder than they should be.

My magic is hard work and sharp intuition. It’s waking up early to write essays in the hope of being recognized as a readable writer. On the other hand, it is having back pain from carrying somebody else’s child to be recognized as a reasonable babysitter at the end of the same day. Overall, if the only requirement to do magic is to make things happen, the world is surrounded by octopus fairies, as I said. I’m one, and you might be another one. Say it that loud this Halloween!

Writes thoughtful essays as way to master herself and everybody else.

Make Every Day Of Your Life Magic

Everything I’ve Learned After Working For 23 Different Companies