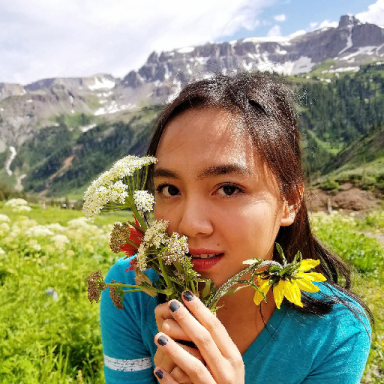 On March 15, 2011, under the regime of President Bashar al-Assad, the nation of Syria caught the world’s attention when what began as an irenic fight for freedom and democracy of the Syrian citizens ended as a turbulent fight for their very lives.

Were this to happen in any other nation, a nationwide crisis would precipitate government backing and accountability to its people. Unfortunately, the case seems to be drastically different for the people of Syria, for they live in a nation where its own government deems unresponsive to the aftermath of what has devastatingly become a civil war.

For the longest time, Syrians would wake up in the morning not to be greeted by the warmth of the sun or the tranquil sound of rain, but by the cold and still bodies of their neighbors, friends, parents, and children, caused by the perpetual rainfall of bombs. And what happens next is even more shattering, for it is during those times of extremity one would expect immediate help and succor to be delivered, but the Syrians have none. Not a single hand helped them pull their loved ones out of the rubbles of destruction until 2014, when brave civilians from cities across Syria assembled and volunteered to extricate and rescue the injured individuals within the scenes of attacks itself, risking their own lives for the sake of saving others’.

Acting as the first responders to their nation’s political havoc, they are the White Helmets.

The White Helmets is a group of volunteers who decided they can no longer tolerate the desolation their government has left to the victims of its atrocity. They decided that if they cannot stop the attacks, then they will be of use after the attacks, rushing to the commotion in a proficient search for life, all the while knowing that it could end theirs—and it has. Having served as the first responders to this peril for over four years, over 200 White Helmets volunteers have been killed on mission, as over 100 Syrian lives were rescued in exchange for that valor.

In the Syrian city of Aleppo, Mahmud Ibildi, an infant only 10 days old, had already faced the consequences of war when the Syrian regime conducted an airstrike that disintegrated the boy’s home to ruins and laid waste to the homes of hundreds of families within the vicinity. These bombs are not exclusive. The moment they touch the ground, they touch the lives of everyone within its reach. It has no regard for who is innocent or guilty, the enemy or the ally. It strikes every single soul, including Mahmud’s father and sister. Mahmud himself was found helpless, lying under three stories of concrete, what only a moment before had been his home.

But what seemed like a hopeless situation was given a gleam of hope when the child was uncovered from the debris, crying but unharmed. Mahmud was alive. A fettle that would have been impossible if it were not for the unrelenting efforts of the White Helmets, who dug for hours amid another possible airstrike yet refused to yield until they retrieved that little boy. Having survived such ruin, Mahmud was dubbed the “Miracle Baby.”

The White Helmets rescuers, who all came from different walks of life as bakers, painters, and engineers, had all suffered a similar fate. They too have lost their loved ones in this wretched war, forcing them to become more than what they aspired to be, choosing to set aside their fears and personal dreams for the greater good of their families. A heroic choice that must be given all the support and attention it deserves, for this choice has rendered hope to a hopeless situation.

“To save one life is to save all humanity.” That is their motto; that is what keeps these brave souls going. But as they continue to persevere in their purpose, the war only seems to persevere in worsening. When even hospitals that hold as evacuation centers for the victims of these brutalities are also being bombarded with bombs, the White Helmets can only do so much.

Dubbed as the “worst man-made disaster the world has ever seen since World War II” by United Nations human rights chief Zied Ra’ad Al Hussein, it is more than evident why every possible thing must be done to alleviate the conditions of the millions of helpless Syrians who have fallen victims of this war, including the people who risk their lives to save them firsthand. The White Helmets only hope to sustain longevity in their ministry, but this ambition requires financial aid. Financial aid to heal and support wounded rescuers and to provide them with the necessary equipment to conduct effective training, thus a productive mission.

Regardless of nationality, ethnicity, and religion, the White Helmets need the unification of the entire human race on their side, for the amount of injustice that has risen from this evil catastrophe surpasses any political reasoning. What Syria has become transcends political crisis—it is a humanitarian crisis, in which the nation has deteriorated from for nearly nine long years. May the rest of the world not idly stand by to watch it fall.

Write it out dude

If Aleppo Were Our City, You Would Care

The U.S. Government Finally Admitted ISIS Is Committing Genocide. Why Aren’t We Doing Anything About It?