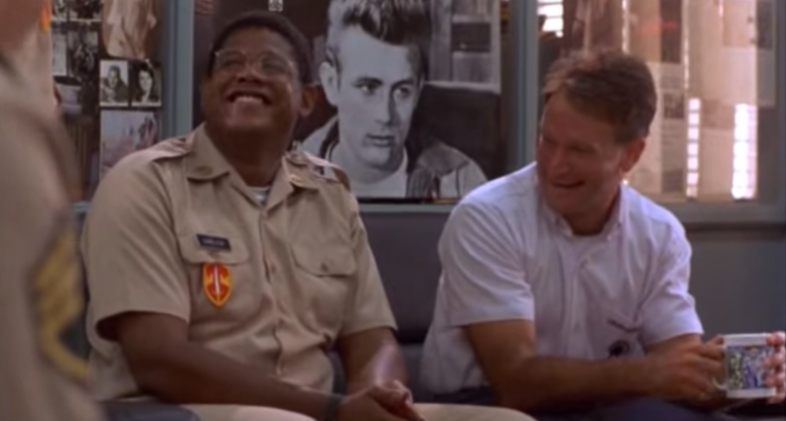 It’s a big time of year to make lists. Not lists on the internet that you’ll probably somewhat regret reading (cough?), but lists that get your life in order.

January 2nd, it’s time to improve yourself. More books. More sessions at the gym. Less captions on instagram about going to the gym. More emails to old friends, seeking to catch up.

(More regrets for sending these emails, because a Wednesday “drinks thing” can be rather cruel to your holiday-depleted bank account.)

More “classic” movies that you’ve been meaning to watch for years — movies that’ll enable you to reference cultural touchstones that, while before your time, seem to be important relative to your education as a human being on earth.

With that, here are five “classic”* movies that, in my opinion, resonate quite well today. Not necessarily in terms of direction (many are slow, and would certainly not survive in today’s $22 4D Superhero Apocalypse Sequel Hollywood landscape), but in terms of theme and enduring messages, these movies very much bring it.

*In this scenario, classic = at least 25 years-old. I know for some of you they came out yesterday, but yesterday keeps getting longer and longer. (For me, Mark Brunell is still the quarterback of the Jacksonville Jaguars.)

You can kill two birds with one Netflix here — you can familiarize yourself with one the pre-eminent works of the late, great, Robin Williams, while also building upon your dinner party movie reference acumen.

Good Morning Vietnam is based on the story of Adrien Cronauer a radio DJ in Saigon during the Vietnam War. Cronauer quickly builds a large and passionate following, but causes friction with the higher-ups when he begins challenging authority, making “off-color” jokes and reporting news that the army seeks to censor. It’s a crash course in free speech vs. institutional authority and the subjectiveness of humor, two things that seem to come up quite a bit nowadays.

Williams, who was nominated for Best Actor, really flourishes in the role. There are a number of radio segments which Williams alleged improv’ed, all of which aptly showcase his unmatched 10,000 miles per hour brilliance.

A satire on news media that will probably always hold up, and certainly now applies to online media as well — Beale was a viral sensation 30 years before it was even possible.

A good coming of age movie can transcend any sort of era-induced boundary — and arguably, given that it’s not dependent on the technology or pop culture of the day, is even all the more powerful.

in my opinion, Fast Times At Ridgemont High was the early 80’s Dazed and Confused, which was the early 90s’ Wet Hot American Summer. The movie is now best known for jumpstarting Sean Penn’s career, as well as that of writer/director Cameron Crowe (the movie was based on a book written by Crowe, who as a 22 year-old, posed as a high school student and wrote a book about the characters he encountered).

Certain themes and predilections no longer resonate, but it’s a well-executed crash course, in teenage triumph, heartbreak, (im)maturity, and everything else that gives a great coming of age movie a certain kind of magic.

Taxi Driver is about a weirdo. Given that one can now live on the internet and exist in one’s own convoluted reality, we are a society that is effectively and creating more and more Travis Bickle types — odd characters who are radically removed from the norm, given that the increasing uniformity of the norm indirectly ostracizes those who are not amongst it.

Nightcrawler, Dan Gilroy’s movie about LA freelance crime videography, has drawn quite a few comparisons to Taxi Driver — with Jake Gyllenhaal’s Lou Bloom being dubbed this generation’s Travis Bickle. If you’ve seen Nightcrawler and notice how Lou talks — at times he speaks like a running internet advertisement, focused solely on outcomes and completely devoid of empathy — he seems very much like the next generation, Los Angeles cousin of Travis; what Travis might be if internet message boards existed in the 70s.

There’s this hilarious short story by Demetri Martin called Protagonists Hospital, which focuses around the doctors who deal with the minor injuries of major Hollywood action stars. I don’t remember if John McClain is specifically mentioned, but he’s gotta be patient zero.

Die Hard resonates today, because injuries that would prevent any normal human being from getting out of bed are completely irrelevant when you’ve got a ridiculously compelling premise, a flawed-but-lovable protagonist, and an unresolved, nicely developed storyline predicated on love.