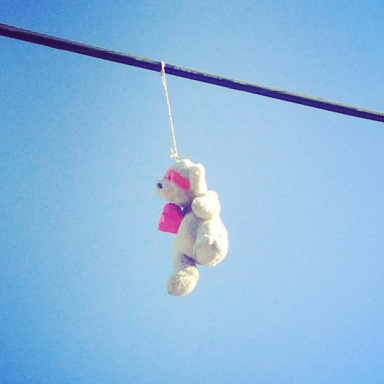 Good to be here on this fine evening/morning/afternoon/whenever you may be reading this. This week’s edition of our bag of mail features a gym flirting question that’s the beginning of every human’s fantasy, as well as some stuff about distance, makin’ the moves on a good friend (will they get MARRIED???), and what actually constitutes relationship material. As per usghe, only the hottest and heaviest.

Thanks as always for the Noah-esque deluge of questions. If you’d like to submit a question to the Lance and Steph merry-go-round of advice, we kindly invite you to ask away, via the form below. As always, thanks for reading!

Q: My ex broke up with me four months ago because he wanted to move across the country, and I was devastated. We cut off all contact but remained facebook friends. He never got a job out there, so he recently ended up getting one close to home. Now, we are most likely going to be living in the same city in the fall. I decided to wish him a happy birthday on Facebook, and was surprised that he sent me a really nice message back.  Now we’ve been messaging back and forth every few days, sending fun/light messages about our common interests. It’s really nice to talk to him again, but it makes me miss him a lot.  It’s weird that he is joking around with me the same way he used to when we were together. Am I going to get hurt all over again? I mean, he did decide to break up with me. Or could it be that now that the distance isn’t an issue, he misses me too? How do I find out without sounding crazy?

Steph: If distance was the only factor that ended your relationship, there is a chance that y’all could thrive together in the same place. At the same time, you might miss him out of a sense of comfort (I know, I know, horribly presumptuous of me, but this seems to be the case in many on-and-off relationships). I told a friend this the other day, but you have to figure out if you miss him or if you just miss the idea of him. If it’s the latter, realize that there are so many beautiful, wonderful people out there just waiting for you to discover them — he is, by no means, the end-all-be-all.

In any case, clear your own head and talk to him — there’s no use brooding over the situation without knowing where he stands.

Lance: I think that in your early 20s, distance is oftentimes a dealbreaker; distance can prevent you from growing, experiencing experiencing, and pursuing career things that you need to experience. It’s very much a possibility that the only reason he ended things was because of that.

Think the key here is to put it on him. Keep in contact, keep talking — eventually the subject will be brought up. If he wants to get back together, he’ll have to say that (as it’s not the current homeostasis). If you’re afraid of getting hurt, make sure the ball remains in his court. The shot clock will expire at some point*, and he’ll have to show his cards.

Q: I have a crush on my best friend who I have been really good friends with since freshman year of college. He came back from studying abroad in the Fall and it feels different now that he is back. We have hung out more often, he asks me for career advice, and we run into each other on campus all the time. Last weekend, we went grocery shopping, got mistaken for a couple, and we cooked our selves a meal and chilled. Everything felt so natural and perfect, but how to I take it to the next level? He is attractive, we have the same goals in life, but I’d hate to lose an amazing friend by ruining it with some premature thoughts. What should I do?

Steph: Ugh, I feel your frustration — we’ve all been there.

Here’s a handy lil’ trick! One day, when y’all are hanging out, turn to him (when the moment feels right) and say to him, “Hey, uh, have you ever thought about us getting together?” If he responds in the affirmative, you have the answer you wanted to hear! If he responds in the negative, quickly retort, “Yeah, me neither — I think I’d sooner mack on my cousin!” and move on with your life.

Lance: Steph, if I got asked that question you posed I’d probably spill something, say the completely wrong thing, and unintentionally ruin everything. That said, it definitely is the best way to go — though wouldn’t be too worried if the reaction is reflexive and weird. It’ll get him to think, and a day later he’ll text and/or throw pebbles at your dorm window (probably the first one) and be like “so about that thing you asked me yesterday…..”

Q: In your most gracious opinion, what separates the person worth dating/is relationship material vs. someone who you just like hanging out with or having sex with, etc. It is a very fine line, but what do you guys think are some qualities that one possesses that makes them relationship material?

Steph: I used to be really into pretty dudes whose basic literacy I frequently questioned. Given my (misguided) romantic preferences, you could say that my personal tagline was: “Teachin’ Neanderthals to feel, since roughly 2008.”

These days, I pre-screen the romantic interests in my life by their sense of humor, opinions on Girls, and Emoji game.

Lance: I think the answer to this is taste. You find with the people you really connect, with, you think in the same sort of way, and you find yourself talking about things that you never talk about with other people. It also helps if you share a love of sushi, or both enjoy running (and can thus become one of those “running couples”)

Q: There’s a guy at my gym that I’ve had a growing crush on for a few weeks now. We’ve never actually spoken, but he always seems to go out of his way to be near me or do something to get my attention, like lift up his shirt to wipe his sweat (showing off his glorious 6 pack) or prolonged eye contact. How do I initiate ACTUAL conversation with him? I’m usually a pretty shy person until someone else makes the first move. Sometimes I worry that this whole flirtation is in my head, or even worse that my fantasy of him is better than the reality and it will make going to the gym awkward. Is this even worth the effort?

Steph: The next time he comes near you, lift up YOUR shirt to wipe off YOUR sweat and see how he responds. If he spontaneously combusts at the sight of your near-bare bod, there’s a good chance he, like, loves you.

But, for real, just strike up a conversation and see what happens.

Lance: Man, this sounds like a dream. Well done. Even if it doesn’t go anywhere, you’ve accomplished all there is to accomplish at the gym.

You don’t even have to strike up a conversation. Just say something that sounds like it could be a word. Watch as his head snaps. Should be all that you need to do.

Lance Pauker and Stephanie Karina are two 20-somethings just trying to make it out here in the big internet. Follow ...