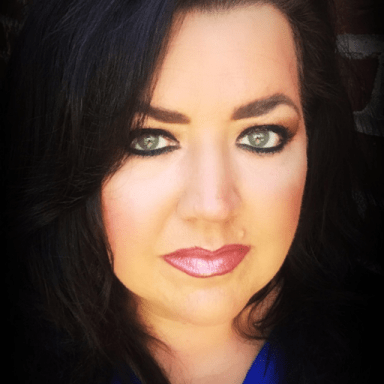 Chattanooga, Tennessee could probably be cited as one of the most haunted locations in the United States. The mid-size city’s Civil War past harbors one of the bloodiest battles in the War Between the States, with approximately 34,000 dead and wounded soldiers, second only to Gettysburg. It’s a city of enormous beauty and quintessential history that is sure to please those like myself who love to hunt haunted locations. Perhaps that is the real reason that I am intrigued by ghosts; it’s the history that lures me in. And add the fact that I’ve been a lifelong paranormal researcher studying the unexplained since I was able to obtain a library card and check out books. It’s a fascination that began after I experienced my first encounter with the living dead.

During a weekend getaway to Chattanooga in July, 2016, my daughter and I visited the famous Sheraton Read House Hotel at 827 Broad Street. The hotel was originally built in 1847 and was conveniently located across from the railroad, the main source of business and imports. Known then as the Crutchfield House (named after the Crutchfield family who owned the property), the hotel burned to the ground in 1867 and the Crutchfield’s decided not to rebuild. This decision paved the way for Dr. John T. Read to purchase the property years later and build a ten-story building in the Georgian architectural style. But prior to the new construction in 1926, the hotel served as a Civil War hospital (1863) housing hundreds of sick and mortally wounded Union soldiers, many who arrived by the railway tracks adjacent to the hotel.

The site of the hotel had a gruesome past. Many suicides, murders, and natural deaths were said to have occurred in both buildings located at this site. Ghost hunters know that the spirits of the dead may sometimes remain attached to a location, not necessarily a building. And it’s this belief that still keeps the legend of Annalisa Netherly alive in ROOM 311 at the historic hotel.

There are different accounts of Annalisa’s story.

Some accounts claim that she was a prostitute who was brought into the hotel by a Confederate soldier who murdered her and left her in the room. Other accounts claim that she arrived at the hotel with her lover or husband sometime during the 1920s and had an extended stay there. This story concludes that her lover left her heartbroken and she committed suicide. But the most compelling and believable story to me was the claim that Annalisa arrived at the hotel during the 1920s and was murdered by a jealous husband or boyfriend. According to the legend, Annalisa was caught with another man and her throat was slashed from ear to ear, almost decapitating her. Her body was found soaking in the bathtub hours later.

Reports of ghostly activity have been reported at the hotel for many years. Ghost sightings are plentiful and evident in numerous online pictures that guests have shared. Over the years, guests have rented ROOM 311 and left during the middle of the night, vowing not to return. There have been reports of shadow images in mirrors and glimpses of spirits moving about the room and even resting on the bed. Smokers occupying the room have been met with the unfriendly ghost who is said to hate men and cigarettes.

While ROOM 311 was made available to guests who requested it or if all other rooms at the hotel were booked, it is no longer available to rent. According to a local citizen, a man reportedly rented the room and was attacked by an unseen force, leaving him covered in bruises. The man claimed that the malevolent spirit also moved the objects in the room and hurled a bedside lamp toward him. Since there had been other reports similar to this visitor’s claim, the hotel placed a lock on the outside of the door and sealed it shut.

During the reconstruction of the hotel in 1926, the exact location of Room 311 became what is known today as ROOM 313. ROOM 313 is believed to be the original site of the former Room 311.

As an empath, I was very interested in discovering what energy that I could pick up at this hotel. My takeaway was that the hotel had many more entities than Annalisa. I visited the locked ROOM 311 and immediately felt anger and despair upon entering the hallway. A horrible sense of murder and doom enveloped me as I stood in front of the door and I sensed her anger. I also sensed her grief.

The ghost of Annalisa has been seen countless times at the hotel.

She is said to be wearing white and is often seen by children. Tragically, her ghost sometimes appears to be pregnant. The impressions that I received of Annalisa were of a young brunette in her 20s when she died, and although she often wore her hair in a bun, her hair was a tousled mess at the time she was murdered.

To add to the final intrigue, Al Capone, notorious Prohibition Era gangster, was said to have stayed in ROOM 311 during his federal trial. Security bars were placed on the window and were not removed until 2004 during a renovation. Like Annalisa’s knife wounds that killed her, Capone, aka Scarface, received his nickname from the scars inflicted on him during a bar room brawl after Capone refused to apologize for ‘ungentleman-like’ remarks that he made to a man’s sister. Although Capone often told inflated lies about how he received the scars on his face, it was actually the blade of a man’s knife that left him scarred for life. Capone reportedly stayed in the haunted room without incident.

Knowing Capone’s love of cigars and his raunchy temperament, I find it surprising that Annalisa let him off the hook during his stay. On the other hand, if Annalisa did in fact stay at the Read House Hotel during the 1920s as some believe, that would put her in that room after its construction in 1926. Capone stayed in the room in 1931. Perhaps Capone’s scarred face served as a trophy of misfortune and a symbol that Annalisa could find sympathy for.

Who was the real Annalisa Netherly and who killed her? Unfortunately, the mystery has never been solved, but her legend and her restless spirit lives on.

Is My House Haunted by Ghosts? Find Out